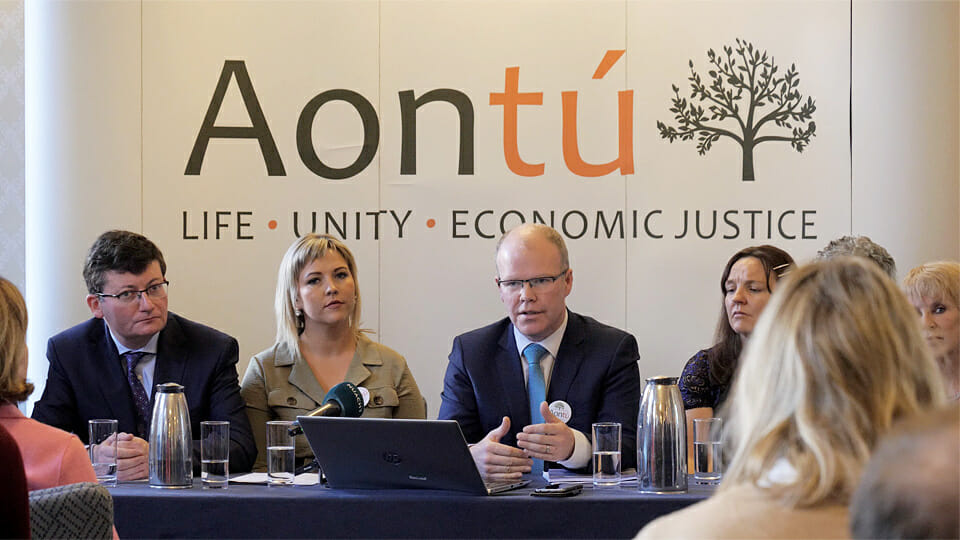 The leader of Aontú Peadar Tóibín TD has expressed dismay that the British government in London have introduced abortion on demand in the north of Ireland.

An Teachta Tóibín stated: “At a time when so many people are struggling to save lives in the north of Ireland we see the Tories in London introduce a law into this part of Ireland that will end the lives of so many healthy living individual human beings. Its desperately sad. It is a massively blow to Human Rights”

“However, to be honest, I am not surprised by the Tories, however the fact that Sinn Féin and the SDLP leadership aided and abetted the Tories in directly legislating away the human right to life in the north of Ireland is shocking,” he said.

“In our view Westminster has no right make any laws for Ireland but the Human Right to Life was understood by everyone to be a devolved issue and yet Westminster forced through this legislation against the will of the people of the north of Ireland. Michelle O’Neill went to London and demanded that the Westminster introduce this legislation into the north, reversing hundreds of years of republican self-rule policy.”

“Aontú is the only Nationalist or Republican party in Ireland that now supports the universal human right to life for everyone. Hundreds of thousands of people are no longer represented by the establishment Nationalist parties. Aontú will fight this legislation. We will not rest until human rights for everyone are achieved in the north of Ireland,” added the Aontú leader.

Pro-life groups said the new law was being imposed against the wishes of voters in the north. Precious Life described it as a “cruel and extreme new law,which allows abortion up to birth for disabilities such as Down’s Syndrome and Cleft Lip, and up to 24 weeks (at least) on-demand for any and no reason. They also pointed out that abortions can be carried out by midwives and nurses, and the permission of two doctors is not required (as is the case in Britain).