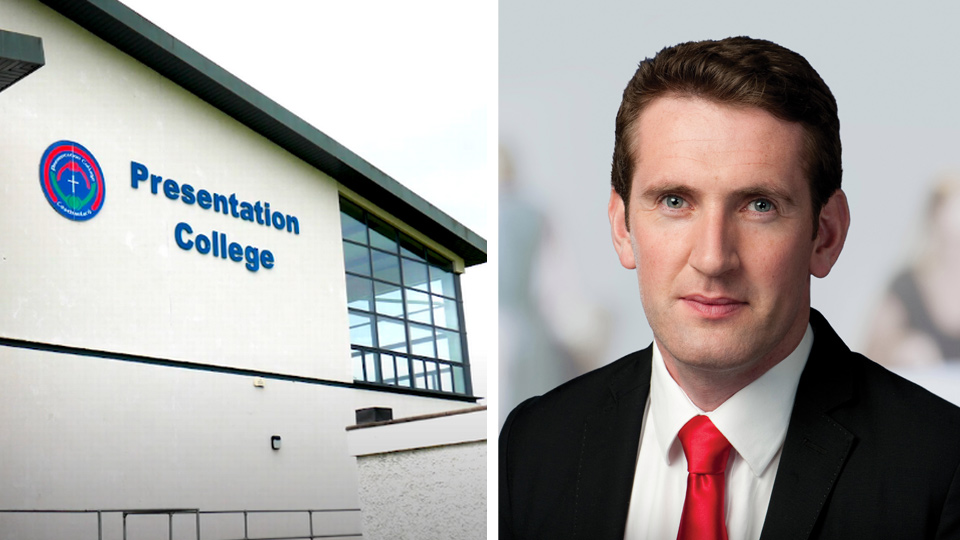 If I was a male teacher in Carlow Presentation College, I would lawyer up. The lazy, dishonest and vindictive reporting and commentary around wearing school uniforms in the school has caused male teachers to be described as “paedos” and “sleazebags” who needed to be attacked and confronted.

What did the terrible male teachers of Carlow Pres do? Nothing, actually. Yet they were tried and condemned by the usual shrill Twitter mobs, whose ill-informed hysteria was fanned both by idiotic TDs and by journalists happy to churn out unchecked, unverified, fake news so long as it fits some woke narrative.

Media platforms like The Journal, The Sun, the Examiner, tax-payer funded RTÉ, and Newstalk were happy to repeat the false assertion that girls were asked not to wear tight leggings to school because they were distracting for male staff. In most reports, the word “distracting” was in quotation marks as if the media knew the remarks were made by teachers in the school. They weren’t.

The obvious implication from this shameful reporting is that these male teachers must have been trained by Harvey Weinstein, and were, as many hysterical social media posts asserted, a danger to young school girls. At the very least, they were representatives of the patriarchy and oppressing young women by their leering, sleazy behaviour.

The problem is that the claim wasn’t true. As clarified on Morning Ireland today by the school’s principal Ray Murray, female students were simply asked to “abide by the school dress code and wear the PE uniform properly.”

He added that comments on social media about the school were “scandalous and damaging to staff”.

The hysteria began when IMRO reporter Kacey O’Riordan (an award-winning journalist apparently) tweeted that “female students at a Carlow secondary school have been told by teachers not to wear tight-fitting clothing to PE, as it is distracting for male staff.”

Female students at a Carlow secondary school have been told by teachers not to wear tight-fitting clothing to PE, as it is distracting for male staff.

The usual suspects on Twitter then ramped up the hysteria and the story quickly grew several dozen arms and legs. A petition was started and hundreds of ugly – and often threatening – remarks were made about male teachers in the school. There were calls for Tusla to get involved.

Given that this is a school with just 17 male teachers, and that they would all be known to the local community, it is difficult to overstate how upsetting and damaging the entirely unfounded and manufactured outrage must have been to them.

The principal of the school explained what would have been obvious to most reasonable people – that on PE days the students, particularly the girls, were not following the school uniform regulations and “it was becoming more of a fashion show” than a gym class. The school held assemblies as ” a reminder of what the full school regulations about uniform are”.

No remark was made about teachers being uncomfortable with what the girls were wearing. Yet the male teachers of Carlow Pres were branded perverts because of the fake news driving this story.

Worst of all however, given that this was an unsubstantiated story, was the jostling by idiotic TDs to get on the condemnation bandwagon.

Labour Education spokesman Aodhán Ó Ríordáin – a reliable useful idiot but also a male teacher – called for an apology to the students and made a sweeping assertion about the male teachers in the school.

Actually Aodhán, the apology should come from you. And from others like Lord Mayor Hazel Chu who #brave tweeted that the school needed to “do better” and “stop shaming”.

Dear ladies in Carlow Secondary school. Wear whatever the hell you want to PE as long as you feel comfortable in it.

Perhaps the Lord Mayor could stop shaming and blaming the teachers who have done nothing wrong. It’s interesting that the Sun.ie has taken its story down, apparently for legal reasons. Did many of the media outlets writing this up actually realise that the claims were dodgy?

Newstalk showed a poster in its coverage that it says was put up in the school, but that flyer never mentioned anything about male teachers. Was there any fact-checking by journalists on this story?

Who’d be a teacher these days, putting up with this unfounded hysteria and everyone seeking to be a victim. What happened to the male teachers in Carlow Pres crossed a line. As I said at the beginning, I’d lawyer up.