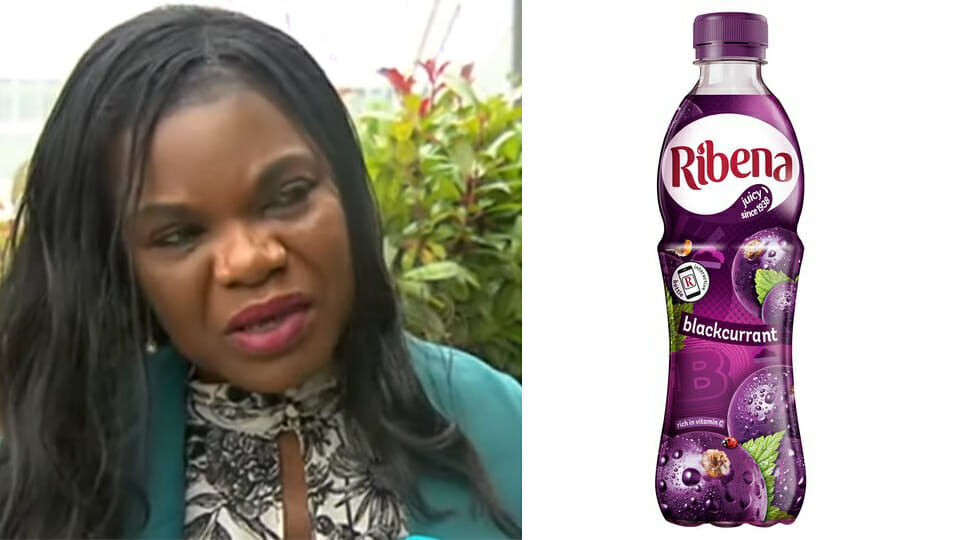 Dr. Ebun Joseph is a Career Development Consultant at the Royal College of Surgeons in Ireland, but also a prominent campaigner against racism, describing herself as “a race relations consultant, Career specialist & Life Coach who addresses Social Justice issues and advocates for equality.” If you’re one of those people who regularly listens to Irish radio or watches Irish television, then you’ll probably have seen or heard her at some point over the past year. Outside of work, though, Dr. Joseph has a life like anybody else, and this Christmas she and her family took a little break in Galway, staying at the well-known Galway Bay Hotel.

Details of precisely what happened on the fateful evening of December 29th are not uniformly agreed, but what is clear is that Dr. Joseph was deeply upset by an incident where her glass of wine appeared to be replaced by a glass of blackcurrent cordial:

1)I was on a break from posting on race but I took my 2 lads to dinner in a 4 star hotel on Salthill’s promenade in Galway. I picked a glass of house red from the wine list, guess what I got served? Yep! blackcurrant juice in a wine glass, same measure as wine. Racism or mistake?

Racism, or mistake? Dr. Joseph seems to have a very clear view on that, as well:

I don’t want the ‘sick joker’ or racist at @GalwayBayHotel who served me blackcurrant instead of the house red (wine) to win! So please, more Blacks go there. They can’t discourage us from going where we want! Your manager apologised, but the damage’s done. 2 days paying guests!

One of my new years resolutions is to assume, always, that if a person says something has upset them, that they are being genuine and honest about how they feel. Dr. Joseph certainly feels that there is at least the possibility that somebody deliberately put blackcurrant cordial in a wine glass as a deliberate way to make her, as a black woman, feel less than equal, or less than valued. If that is, in fact, what happened, it would be shocking and disgraceful. But is it?

First, and where Dr. Joseph has a point: It’s very unusual for blackcurrant juice to be served in a wine glass, particularly, as appears the case here, in the evening time. It’s not totally unheard of though – there are plenty of venues in Ireland where, sitting down to lunch, you’ll be presented with a large jug of cordial and wine glasses to pour it into. It’s quite possible, for example, that this drink was intended for a child at a different table.

Also, it’s a reasonable assumption that the Galway Bay Hotel was very busy on December 29th. One thing that very often happens in busy hotels is that there is a shortage of glasses at some point in the evening. Is it possible this was a deliberate insult? Of course, it’s possible. But it doesn’t seem particularly likely.

Second, who would be motivated to do this? It’s easy enough to answer, “a racist, obviously”, but that ignores the fact that there were likely at least two people involved in this incident. When you order your food and drinks at a bar or a restaurant, the waiter or waitress doesn’t go and rustle them up by themselves. The usual protocol is that the order is delivered to the kitchen and the bar, where the food or drinks are prepared by other staff, and then sent back with your waiter. So, for this to have been a racist incident, either Dr. Joseph would have had to be directly in the line of sight for the barman, who would have had to plan this dastardly scheme and hope that she ordered red wine, or the waiter and the barman would have had to have been in it together, with one telling the other what to do. This seems unlikely. One racist concocting a vile Ribena-based abuse scheme is just about on the outer edges of plausible. Two working together stretches credibility.

If the charge is deliberate racism, then it’s very hard to see a path to a conviction beyond reasonable doubt, isn’t it?

The hotel, by the way, amid the offering of profuse apologies, lest it be forever known as an abode for white supremacy, has offered its own explanation:

2) better ourselves and to improve our service in any way possible.
I would also like to reassure you that this was a genuine error of a display bottle of wine getting mixed up with the actual bottles of wine. Whilst this was not acceptable, the error was nothing more than a…

That seems: odd, but plausible. On the one hand, filling wine bottles with blackcurrant juice and putting them on display seems like a very cheap thing to do. On the other hand, hotels do cheap things like that all the time. If this is the truth, then this was a mistake/diplomatic incident waiting to happen.

What’s notable about all this, though, is how unwilling Dr. Joseph was to seek an explanation *before* making her accusatory post online. We live in a country, thankfully, where no hotel or business would ever want to be seen as racist, or to be treating their customers badly. The mere accusation was, you can be sure, enough to open a full investigation of the staff who served Dr. Joseph and her family on the evening in question.

To a reasonable person – and certainly to anyone who has ever worked in a hotel bar, as yours truly has – it seems vanishingly unlikely that a staff member in the middle of the Christmas rush would have the time to consider, concoct, and implement a racist scheme involving replacing wine with blackcurrant juice. It seems rather more likely that an academic who devotes her life to the study of racism has become so deeply warped by her own studies that she now sees racism literally everywhere, at all times.

The victims in this story are not Dr. Joseph and her family, who got a new bottle of wine on the house. The victims are the staff who were subjected to this nonsense to begin with, and future victims of genuine racism, who are less likely to be believed because of – forgive the language – bullshit like this.

Looking for a new year resolution? Try this…