Angry mob to 2FM: No, you can’t “discuss face masks” 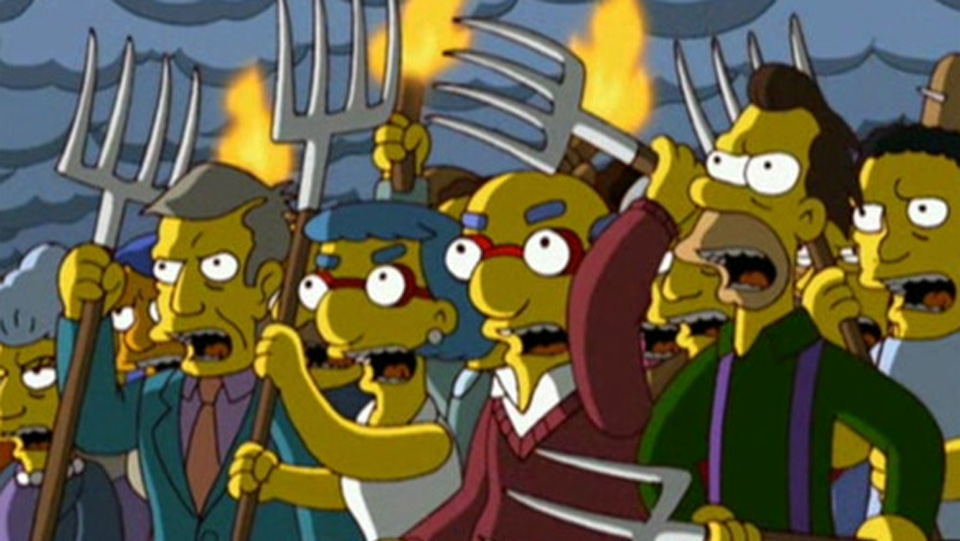 2FM is no longer holding a discussion on face masks this morning.

There was backlash when Jennifer Zamparelli tweeted about the segment idea yesterday.

In the show intro, she says “It’s been an emotional 24 hours”.

The backstory to this is that 24 hours ago, 2FM host Jennifer Zamparelli tweeted that she was going to host a conversation about face masks on her breakfast show, this morning:

We know what is right and we know we should wear a mask. But there are still those who feel it is a discussion that should be had, why is that?
Tune in from nine @RTE2fm

As we have come to expect, the very idea that people who disagree with them might be allowed onto the radio provoked the usual calm, reasonable, and considered responses:

This is the most tone deaf thing I have ever seen put ou by an RTE employee how fucking dense could you be https://t.co/BR2Dft1ULw

Transparently offered as a “let’s hear from anti-maskers” on a national platform. Tune out and cop on. https://t.co/8cW9UZ2PKP

Not because I have any great desire to “protect others”, or anything like that, mind you. Simply because I’d rather not catch Covid, and wearing a mask into a shop makes me feel a little safer. If It didn’t, or if the mask was uncomfortable and claustrophobic, I’d take it off.

But for many of our countrymen and women, wearing a mask has become something more than protecting yourself and others. It’s now a cultural symbol of goodness and responsibility. How this happened is anybody’s guess, but here we are, to the extent that those who do not comply are now effectively to be silenced and driven from the airwaves, by sheer force of screaming and abuse.

Screaming at thousands of people to “shut up and comply” is possibly going to get you likes on twitter, but it’s not going to change anyone’s behaviour, or shed any light on the reasons behind it.

It does speak, though, to the freakish insecurity of Ireland’s culturally dominant progressives. Put simply: they really don’t like it when anybody disagrees with them, to the extent that they’d really rather live in a country where those who disagree with them are never seen, and never heard.

Their concern over protests, you’ll recall, did not extend to being worried, at the height of the pandemic, about an enormous Black Lives Matter demonstration in Dublin, which was neither socially distanced, nor featuring of much mask wearing.

And why is RTE caving to them, exactly? Who decides what the programming is on RTE these days – the show editors, or an angry mob on twitter? The angry mob, is the answer, today.

Question: What possible harm could this item have done? The line seems to be that the anti-facemask people are “dangerous”. Does that explain why the rest of the media have entirely ignored the evidence on facemasks provided to the Oireachtas recently by Oxford Professor Carl Heneghan, director of the University’s Centre for Evidence Based medicine?

When one goes into the wider population, there is a small bit of evidence that shows that if one has influenza in one’s household – a child, for example – and if one wears a mask for one week in the house, one can reduce one’s risk of influenza or likely illness by about 10%. However, one has to completely adhere to mask wearing for the whole week. If one stops adhering to it, as 50% of people did, one loses all the effect. That is one of the problems.

The second issue is that the evidence comparing cloth masks to surgical masks or the N95s shows clearly that cloth masks are worse and may actually increase the risk of infection. Therefore, that is why they are not recommended in hospitals or in health professional settings.

When Norway looked at this, it said that at low circulation, the public health consequences were so minimal that it was not clear they worked and, even if they did work, it reckoned about 200,000 people would have to wear a mask fully for a week to prevent one infection. That is how one has to think about the uncertainty. If one is going to put a policy in place, that is fine. What one cannot do, however, is say it is evidence-based because when people talk about the evidence, they have again cherry-picked low-quality, observational evidence to suit the argument. However, they have not picked further observational evidence. For instance, if one puts masks in, what is one expecting to happen to the case definitions and the reductions in the next two to four weeks to show it was a worthwhile policy to enact?

Say what you like about 2FM hosting members of the public, but why has there been an effective media blackout on one of the world’s leading experts on evidence based medicine?

The answer, of course, is simple, and depressing: Facemasks have now become a culture war battleground. If you’re a good, morally upstanding, compassionate liberal, you wear your facemask to protect other people. If you’re a wussy, cowardly, gate-keeping fake opposition stooge like me, you wear your facemask to protect yourself. If you’re a proud patriot, on the other hand, you show it by refusing to conform and going mask-less, because you know the truth that the establishment has been hiding.

None of this has the slightest thing to do with evidence, or medicine.

For most of the people shouting on both sides, it’s about something much more important now: Their identity. Wearing a mask these days, or not wearing one, tells us who you are. That’s the point, not anything to do with medicine.

And that’s why we have insane things happening, like an angry mob having a go at 2FM to ensure that only the right people are allowed on the airwaves. One day, hopefully, people will look back at all of this and wonder how such a large portion of the population went so absolutely round the twist.