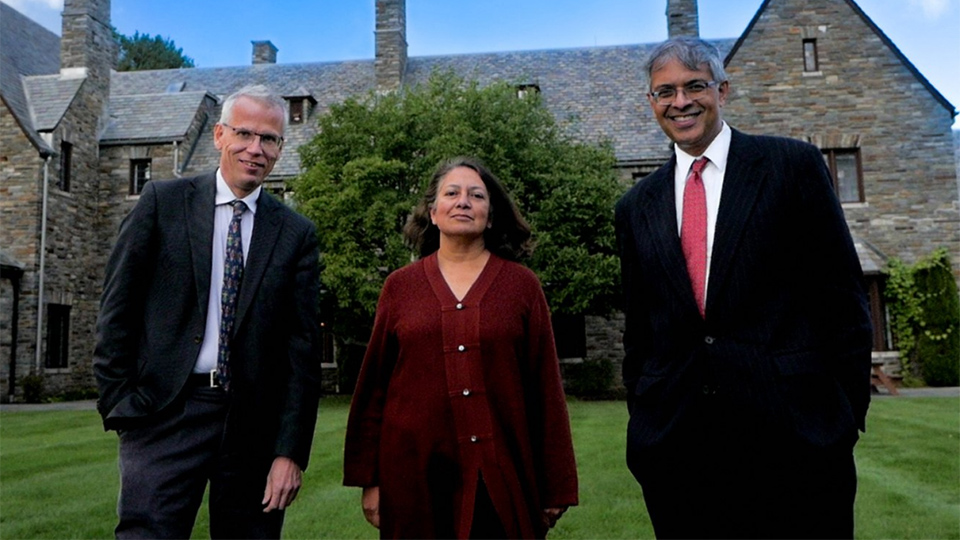 The American Institute for Economic Research (AIER) hosted a four day conference at Great Barrington, Massachusetts between October 1 and 4 which concluded with the launch of a statement regarding what the proper response to the Covid crisis ought to be.

The Great Barrington Declaration (GBD) was co-authored by Professor Sunetra Gupta, an epidemiologist at Oxford University; Dr. Martin Kulldorff, professor of medicine at Harvard, and Professor Jay Bhattacharya, an epidemiologist at Standford. Up to Thursday evening, the document had attracted another 5,045 signatures from medical and public health scientists, 9,737 medical practitioners and 133,933 members of the public.

The GBD sets out a proposal for what it terms ‘focused protection’ aimed at a quicker attainment of herd immunity. It seems to have elicited little attention in Ireland and I could find no references to it in a search of main stream media. There has, however, been a good deal of commentary in the American and British media.

Some of it has been critical and even dismissive; with the main focus on the isolation of the old and infirm, and the alleged consequences of ‘Long Covid,’ which concerns possible longer term health impacts on those who have contracted but recovered from the virus. Given that Covid 19 has not been around very long, the estimates for the numbers affected are mostly speculative. Of the sources I have seen, around 2% of recovered patients are estimated to have or to be at risk of having on-going symptoms.

Some of the critics of the approach have deployed rather extreme language in condemning the Declaration. Gregg Gonsalves an epidemiologist at Yale University even described it as “grotesque.” Matt Reynolds the science editor at Wired not only claimed that the declaration is not “convincingly scientific,” but implied that its authors, who were invited to the White House by administration virus advisor Scott Atlas, may be politically motivated.

It is perhaps best then to look in some detail of what the Great Barrington Declaration is actually putting forward. It begins with a criticism of the restrictions that are now in place in most countries: “Current lockdown policies are producing devastating effects on short and long term public health.”

These include consequences that have been increasingly referred to lately by those critical of the NPHET led approach in Ireland. Among them are worsening levels of care for cancer patients, those with cardiovascular disease, and deteriorating mental health. The authors predict that on-going restrictions – with Professor Sam McConkey referring to the possibility of Dublin being subject to current restrictions for perhaps years – will lead to “greater excess mortality in years to come, with the working class and younger members of society carrying the heaviest burden. Keeping students out of school is a grave injustice.”

They conclude that societies simply cannot afford the costs that are imposed by open-ended restrictions pending a vaccine. The real meat of the proposals is based on the now well-confirmed statistical likelihood of infection, serious ill health and death among different cohorts. They point out that the chances of dying from Covid for the elderly and infirm are more than 1,000 times what they are for younger healthy people, and that for children, the virus is “less dangerous than many other harms, including influenza.” People have been banned from media outlets and even sacked for stating the latter statistically confirmed fact.

The bottom line is that immunity reduces the risk for everyone. That is not only common sense but is being confirmed by the statistics which prove a much lower mortality and hospitalisation rate as the numbers of people tested increases and the numbers of cases are detected. Often in individuals who themselves have noticed no ill effects but have been tested because they were in contact with other people who have or had the virus.

That is all good, but the manner in which the number of cases is pitched by the authorities in this country and others is feeding into what threatens to become a form of hysteria that is not grounded either in the incidences of the virus, and certainly not in the numbers now dying and requiring acute hospital treatment.
The daily Tourettes Syndrome-like recital of numbers out of context on the evening news is genuinely frightening for many people and is obviously meant to be. But it does not reflect the actual danger of low-risk people dying or ending up in ICU.

That is not to argue that Covid is inconsequential, nor that public health measures are not required, especially when it comes to protecting the vulnerable. In regard to that the GBD proposes that older people who are most vulnerable should have reduced contact with people who might infect them. In the nursing homes, for example, only staff with acquired immunity should be in direct contact and there should be regular testing of all other people including visitors who come into contact with residents of the homes.

On the other hand, everyone else should be encouraged to lead a normal life, which would entail working wherever they are required to; that sporting and other cultural activities resume, and that all schools and universities remain open.
In contrast to critics of the declaration, supporters have cited the extremely low rates of harm within American universities as evidence in support of the proposals. A report which monitored the incidence of the virus on 50 American campuses found that just two students were hospitalised because of Covid in September and that there were no fatalities.

It is unlikely that the Declaration’s recommendations will be taken on board by the Irish Government. The best we may hope for is that it becomes part of a wider debate on how best to cope with the virus. While many in positions of power and influence would like to suppress any such discussion, even when – or perhaps especially when – it includes authoritative voices from among the medical and scientific community, many people are beginning to question where all of this is going.

Above all, the growing prognosis that we are set for possibly years of a massively costly economic and social shutdown needs to be challenged. Those who are almost emotionally attached to the obsession with eradicating the virus at whatever the cost also need to explain why this is more attainable than practical measures to deal with the virus without destroying the country. If the Great Barrington Declaration contributes to that it will have served a purpose.

Woke capitalism is all the rage, but it’s pitting us against each other