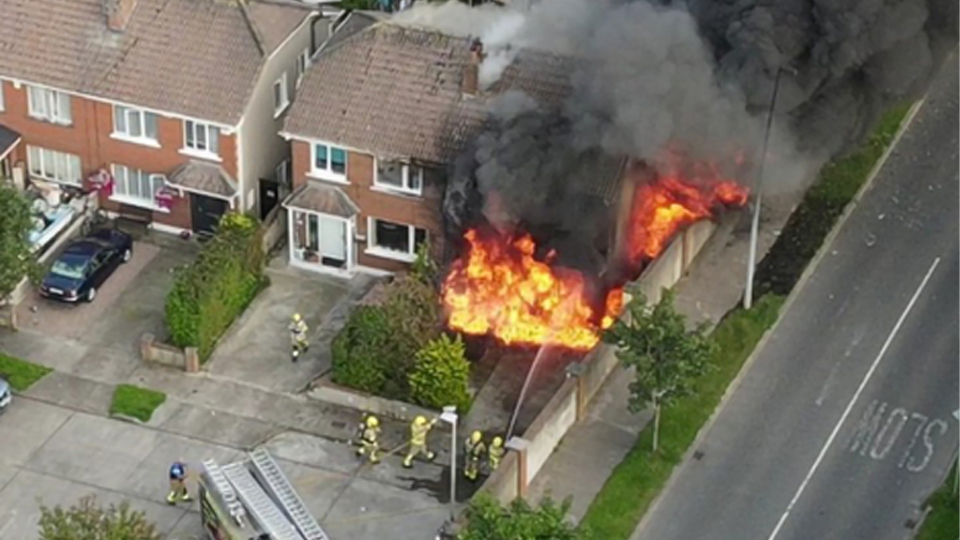 For the last two days, Balbriggan has been trending on Twitter, with dozens of videos and photos circulating on social media of a house reportedly on fire, and gangs of young people fighting nearby.

Most of the mainstream media, with a few exceptions, have chosen to ignore what’s happening in Balbriggan. This seems strange: suspected arson and gangs of youth engaged in violent and disorderly behaviour, especially during a lockdown, is surely newsworthy.

Gardai are at the scene of an incident in #balbriggan in which a house was set on fire and youths clashed with Gardai pic.twitter.com/hJQWz9tNB3

Radio host Niall Boylan was one of just a handful who drew attention to the story.

Watched a few videos circulating on this fire and the gangs in the area. What a shocking story and I feel so sorry for residents in the area, dealing with the anti-social behavior. https://t.co/WFmz3UNyNL

Dublin Live also covered it. However, RTE and the national newspapers have ignored the growing problems faced by locals in the area.

Last year, Pat Kenny for Newstalk paid a visit to the area to reassure everyone that there were no gangs in Balbriggan.

🎬 "There are no gangs in Balbriggan." Welcome to Balbriggan – Part 3. @PatKennyNT goes to Ireland’s youngest, fast growing, and most diverse town. 🖥️ Catch up on the full series: https://t.co/YPbwPa6E8h pic.twitter.com/8Laly4fklW

The videos circulating on social media would seem to contradict that narrative.

Yet many locals who protested the Garda station in 2017 feel their concerns have not been met with action.

Some local Councillors and TDs are now responding to growing local concerns by acknowledging the problem.

Devastating to see the impact & level of dangerous antisocial behavior in Balbriggan, we're fortunate no one was fatally injured. I visited the area with some local residents earlier this morn, rest assured the community & elected reps are far from turning a blind eye to this.

For most of the media, however, the strange blackout of any news from Balbriggan remains.