Who are you kidding Simon Coveney? Irish fishermen were ‘sold out’ a long time ago 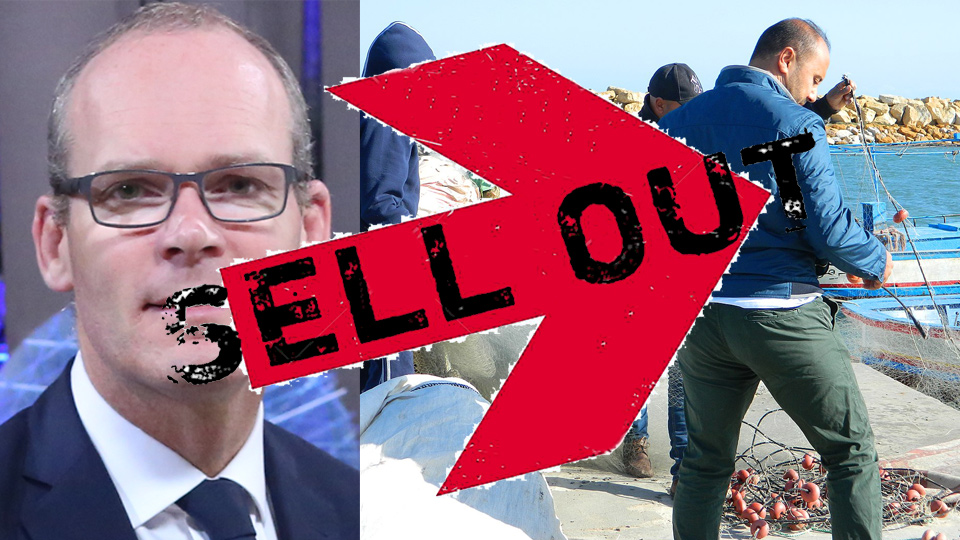 The sacrifice of the Irish fishery by incompetent negotiators prior to the state’s entry to what is now the EU in 1973, has long been regarded as one of the great betrayals of Irish sovereignty.

Curiously, Ireland along with Norway in 1971 refused to accept the fishing proposals in which Irish, British and Norwegian waters were regarded as a huge dividend by the then six member EEC. Ireland,of course, capitulated and the Norwegians rejected membership mainly over fishing in 1979.

They have since gone on to make their protected fishery one of the key bases for a thriving economy. Fish exports alone are worth over €10 billion a year. Estimates of value lost to this country run into the tens of billions. Current net exports are in the region of a pathetic €300 million.

Fishing has again become a key issue for the Dublin government as the negotiations over Brexit enter their final stages. Britain is threatening to pull out of all agreements with the EU on fishing unless they are given a favourable deal on other issues. At the moment the gap between Brussels and London is described as “huge” and unlikely to be bridged.

This has led to something of a panic among the Irish cabinet as Foreign Minister Simon Coveney seeks to assure the Irish fishing sector that it will not be “sold out” in order to secure an agreement. Well, we have heard that one before.

It is hardly a surprise that the British are taking a hard line on fishing given that they were sold a similar pup to ourselves both in the accession talks, and in the Common Fisheries Policy that followed several years later. A smaller pup, but a pup nonetheless. Britain currently takes around 40% of the fish in its own waters, but Freedom of Information requests here have failed to elicit an answer to an equivalent answer for Ireland. Either our elite do not know, or are too embarrassed to tell us. Estimates vary between 16% and 30%.

But back to Simon. His position appears to be based on some sort of piscine existentialism. He has declared that the fish in British waters, and presumably Irish waters, belong to everyone, dude. Proof of that is that the little fellows “swim between the two jurisdictions,” because that’s the way fish roll. Simon, the John Lennon of international fishing policy. Imagine.

A recent book by former Irish Ambassador to Canada Ray Bassett, Ireland and the EU Post Brexit, is scathing of the current stance of the Irish government regarding the fishing issue, but also of its overall supine approach to all matters EU despite our being jiggered sideways during the banking crisis, and more recently over the package to extort more money for dealing with the Covid Crisis.

Brussels obviously regards us an “easy mark,” in the same way as many others in the world do. “Don’t worry, Paddy and Patricia will pick up the tab, and give us more free stuff.” Small wonder then that Bassett claims that our “elite” has developed Stockholm Syndrome in relation to the EU.

Small wonder too that Brussels treats us with disdain given that uniquely among all other member states, there is no major political party which is opposed to all of this. They may dress it up in childish references to “A Workers Europe”, and a “Europe of Equals,” but at the end of the day they will pay the man, and do as they are told. And even tell the rest of us that we are only half-civilized because of the sophisticated Eurocrats forcing us to stop sending small boys up chimneys, and building the roads and all.

The fishing issue, on which they will again fold to our detriment, illustrates how shallow all the hyperbole about the “Green Jersey” and standing up to the Brits over the implications of Brexit for the north were. Oh, we were assured, the EU would not make any move without first consulting the heavy hitters in Iveagh House. Oh, jaysus no they would not. And lots of people fell for this.

The hard reality is that the EU used Dublin as a means to try and bully the Brits after they decided to leave, and after they elected a government which backed that decision.

What the Irish state might think about making another terrible deal over fishing rights is neither here nor there, if that’s what it comes to. And Coveney and his Cabinet will eventually tell us that if we hadn’t gone along with it there would be no Christmas presents for the childer.