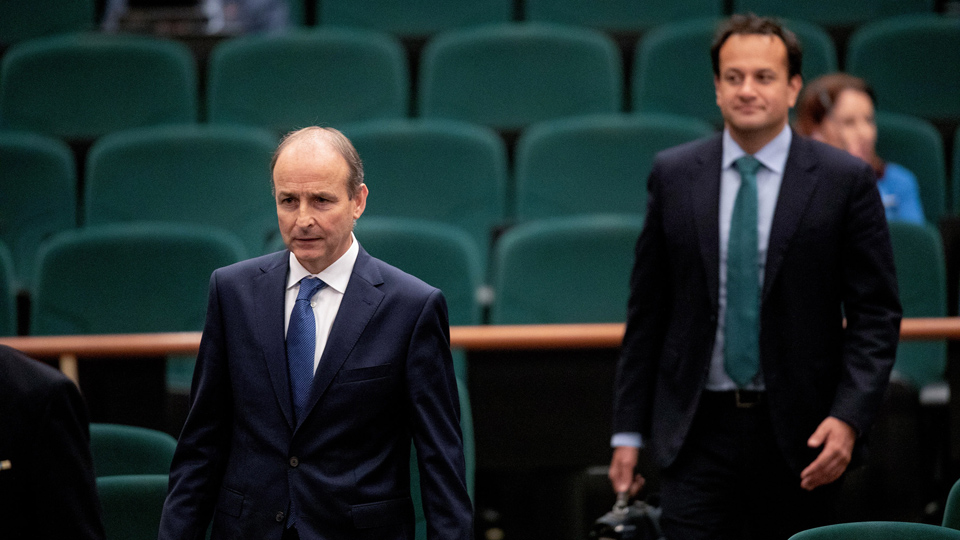 We should be wary of spending too much time analysing daily case numbers, but since we all do it anyway, here’s an interesting observation here from HSE supremo Paul Reid:

The positivity rate in testing has now come down over the past 8 days. The number of close contacts is now down to an avg. of 3. Most close contacts are household. Still very early but good. We're all be part of the solution. Let's keep this going. @HSELive #COVID19

Level five restrictions were introduced across the country last Wednesday morning. Far too recently, in other words, to have had a significant impact in reducing contacts for confirmed cases in Dublin over the last week.

If the positivity rate and close contacts have been falling for the past eight days, then, level five cannot take the credit. Something positive must have been happening at this time last week, before those restrictions were introduced. And what might that have been?

One thing that we’ll all have to be aware of over the next few weeks as well is this: The school mid-term started this morning. That means that for the next week, schools are closed across the country. Combined with level five restrictions, we should be seeing an appreciable drop in cases nationwide within about two weeks. Part of that will be level five. Part of it will be the impact of schools closing for a week. And part of it might be….. that level three was working?

Speaking of lockdowns and restrictions, President Trump’s Chief of Staff, Mark Meadows, made a startling admission about the virus on television yesterday:

Pressed on why the U.S. can’t make efforts to control the pandemic, Meadows said: “Because it is a contagious virus just like the flu.”

“What we need to do is make sure that we have the proper mitigation factors, whether it’s therapies or vaccines or treatments to make sure that people don’t die from this,” Meadows said.

Even if level three restrictions are working, and even if level five and the one-week closure of schools has some impact, could it just be, as Meadows suggests, that trying to control covid is the public policy equivalent of trying to catch water in a net?

No matter how much you shut down, all it takes, when you open up again, is for one person to cough a few times in a crowded room, and hey presto, we’re back to a thousand cases a day again. That’s been the Swedish approach from day one, and it now seems to be the formal policy of the White House.

In Ireland, meanwhile, we’re glued to the daily case numbers in much the same way as the women and parents of Great Britain used to be glued to the casualty reports from the Western Front, anxiously awaiting them every day hoping for good news.

The question that is not being answered, and, in fact, is not even really being asked, by our friends in the rest of the media is this: if there is no vaccine (which is a realistic possibility), when do we finally declare defeat in the battle to “control covid”?

At some point, after all, the country will run out of money. That’s a certainty. What’s not certain, at all, is that we may get a working vaccine. Nobody, after all, has ever succeeded in eliminating the flu, or other highly contagious respiratory illnesses, via a vaccine. The flu vaccine is released annually, and it can be hit and miss. The common cold has a huge economic impact globally every year, and nobody’s ever been able to develop a foolproof treatment, let alone a vaccine.

Covid is a more severe illness in many cases, yes, but it’s not that dissimilar either. There’s a reasonable chance it will just keep mutating in ways that make a vaccine redundant. So what should we be doing, then, with that possibility in mind?

The White House has its answer, Sweden has another, and Ireland has a third. The problem is, of course, that our answer is highly reliant on a bottomless pit of money existing to keep the economy and society afloat through endless cycles of restrictions.

In a couple of weeks, these restrictions are going to start looking as if they have worked, and the country will celebrate. And then, you fear, the cycle will begin all over again.

Is the EU’s vaccine cock-up a blessing in disguise for Dublin?