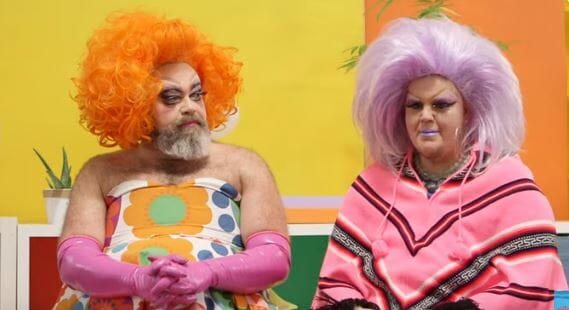 Gender expression is how a person chooses to express themselves, while gender is how they feel on the inside. Eva and Nadine discuss pronouns and the kids learn more about what gender is all about. We meet Kaleb, a trans man who shares his gender journey during a fun and informative Q and A. As well, the kids play a game of musical-chairs-with-a-twist to learn more about how everyone can feel comfortable expressing who they are.

In the episode titled “Orientation”, two drag queens are invited to the school to discuss “LGBTQ2+” issues: