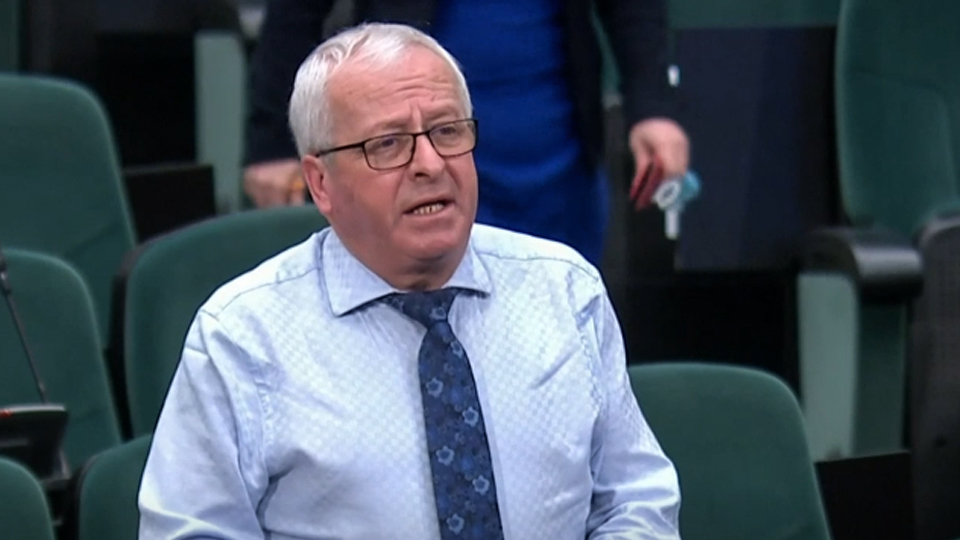 The HSE has used Covid as a cover to close small rural hospitals, Independent Td Mattie McGrath has claimed.

“The HSE are doing things now in the middle [of the Covid crisis] that they wanted to do for a long time,” Deputy McGrath said. “That’s disband and close all the rural hospitals. We are under sustained attack,” said the Tipperary TD.

He accused the Minister of taking away local services in St Bridget’s Hospital in Carrick an tSuir and of going on the radio with “Maggie Thatcher-like talk” asserting that the hospital was gone.

The Tipperary TD urged the Minister for Health to meet with local representatives regarding St Bridget’s hospital and local nursing homes. “It has to remain open,” he said, “and you can’t blame Covid or Chernobyl, it suits you to putting a cloud over things and take away a service.”

Earlier the Rural Independent TDs described the Covid-19 response from the government as “inconsistent and disjointed”, and said it had left many communities and people behind.

They called for enhanced supports for small and medium sized businesses, mental health services, tackling the health waiting lists, healthcare workers including student nurses and the “implementation of a seamless transition to the Cross-Border Treatment Directive”.

“Unfortunately, the government have allowed this pandemic to leave many people and communities behind. Across the country people struggle to garner a cancer screening appointment, waiting lists are at an all-time high and the government will make this much worse by failing to implement any plan to replace the Cross-Border Treatment option from January,” the TDs said in a statement.

“Meanwhile, despite the spin, the government will defund mental health services, as a percentage of the overall health budget next year, by up to 25 per cent on 2019 funding levels. This is unforgivable and lacks logic at a time when Ireland is experiencing a mental health crisis due to the knock-on effects of the pandemic, associated lockdowns and years of underfunding.”

“In addition, the CSO adjusted measure of unemployment indicates that 21 per cent, or 1 in 5, Irish people are without a job this Christmas. Most of these jobs are lost in small enterprises. This fact alone, underlines that there is no Irish economy without our small and medium sized businesses. It’s as simple as that. These businesses are our country’s backbone, the local shops, cafes and pubs that keep communities together.”

“In bringing forward this motion, the Rural Independent team sends a strong message that enough is enough, and citizens deserve better.”

“Today there are thousands of businesses in Ireland that are not getting the help they need – at a time when Ireland already has one of the highest unemployment rates in the EU.”

“When these businesses are shut down, all of Ireland suffers. That is because small businesses provide employment for almost 1 million of our people. They help mothers and fathers work hard and provide for their families; they offer the first job out of school and they are embedded in their local community.”

“The government tries every day to use spin in order to manipulate the facts and create confusion. The defunding of Ireland’s mental health services while spinning small increases is a prime example of this. Our Motion today sought to highlight the facts, illustrate common-sense and provide an opportunity for all TDs to support small businesses, student nurses and those waiting for a health-related appointment, by voting for our motion,” concluded the Rural Independents.