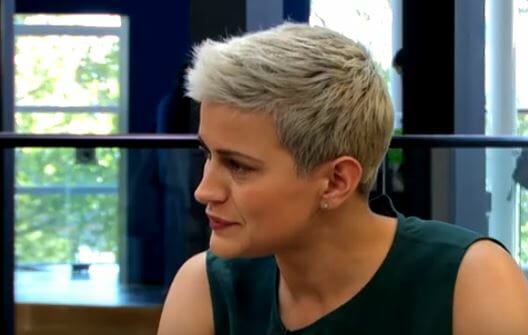 Fine Gael MEP Maria Walsh has defended her party’s decision to vote against an EU resolution that would have expanded search and rescue operations for migrants in the Mediterranean.

The resolution was defeated by two votes, leading to considerable criticism of the four Fine Gael MEPs who helped to vote it down.

First and foremost let me be very clear that my colleagues in Fine Gael support search and rescue for the most vulnerable. We want an effective and working solution in the Mediterranean. Not only is it morally right but it is legally our duty to save our most vulnerable but this resolution had a number of red flags.

Walsh cited fears that proposed information-sharing among vessels would help traffickers avoid policing boats in their areas, adding “we have to go back to the drawing board and have to find a solution that works for all.”

There was widespread condemnation of the Galway native on social media however:

Saoirse McHugh of Achill asks her local MEP Maria Walsh a question about her vote against resuming Search and Rescue operations in the Mediterranean. The vote was lost by two votes in the EP today. Four Irish MEPs helped vote it down. pic.twitter.com/67sCCLG6IL