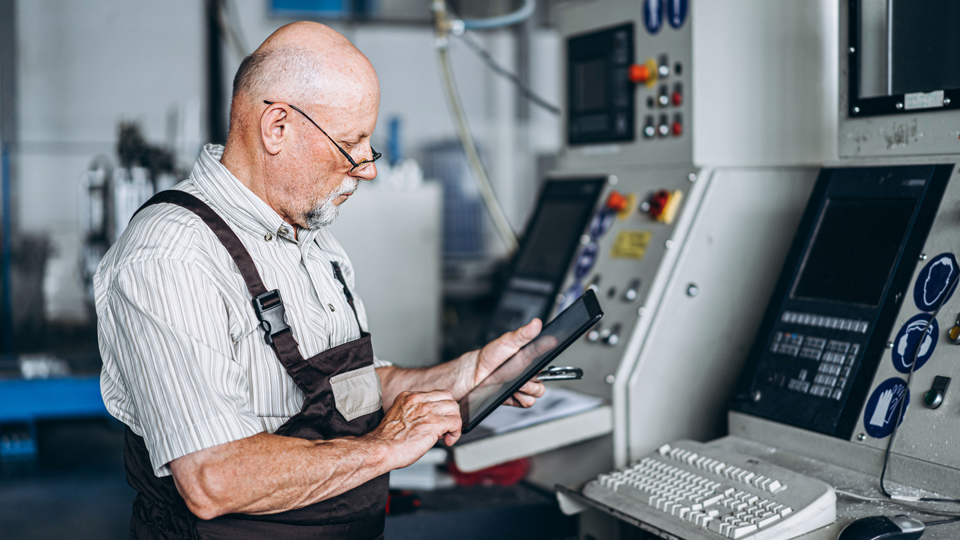 Last week, we reported on a startling study from The Lancet which warned that a population crash – where the number of people in a country starts to shrink – was fast-approaching and would have a devastating impact on societies.

With fewer and fewer young people to support an ageing world population, we face massive negative knock-on effects for economic growth, jobs, and the ability of societies to support healthcare and welfare systems.

The Lancet is just the latest in a series of increasingly grim warnings on this topic. This month, the Irish Fiscal Advisory Council suggested the qualifying age for the State contributory pension could be set at 69 by 2035, and warned that our rapidly aging population will also bring rising healthcare costs.

Yet it doesn’t seem that many people, least of all the slow-thinking Irish politicians and policymakers, understand the urgency of the matter. Pensions and retirement plans seem like a worry for the distant future – but in reality the only way to offset the likely crisis is to take immediate action, and to take it now.

That doesn’t seem to be happening. The only time this issue received any serious public consideration recently was when the extension in the pension age became an election issue in February. Politicians fell over themselves to say they’d ensure the change in the State pension age would be reversed in jig-time.

But they can’t just keep kicking the can down the road. Irish people need to be disabused of the notion that we’ve been clinging onto for years: that we’re a country full of young people and with a healthy fertility rate. That hasn’t been the case for a long time.

In fact, we’ve barely been replacing ourselves since the nineties – and as the Lancet report showed, European states who’ve been relying on immigration from other countries to shore up their populations are fast finding out that solution is also set to run out of people. Fertility rates are crashing almost everywhere, and it’s difficult to overstate the potential harm for the wellbeing of almost everyone in society.

As Prof Christopher Murray told the BBC, the population crash “will create enormous social change. It makes me worried because I have an eight-year-old daughter and I wonder what the world will be like. Who pays tax in a massively aged world? Who pays for healthcare for the elderly? Who looks after the elderly? Will people still be able to retire from work?”

Will people still be able to retire from work?

Given the furore caused in Election 2020 when the reality of extending the retirement age hit home, what kind of a reaction can be expected when it’s pushed out to 69 and beyond?

It seems everyone prefers to ignore the elephant in the room rather than facing up to the fact that if we don’t help families to have children now, we’ll have no choice in the matter in the future. We won’t be able to retire if there’s no-one to pay our pensions or for the plethora of entitlements we’ve taken for granted as our due after slogging it out in the workforce for forty years or more.

I’m not being unsympathetic – I fully realise that, especially for those engaged in physically demanding work, the prospect of working beyond sixty-five can seem extremely daunting, if not impossible. But facts are stubborn things, and with falling populations comes a decline in economic growth, and in the ability to make pension payments.

Irish policymakers need to act now, but as always, they’re asleep at the wheel, preferring to engage in endless debates about woke politics rather than actually do anything about the crisis. In many ways they’ve made matters worse, with policies like tax individualisation punishing families where a parent is a full-time mum or dad. Media reporting seems to focus almost exclusively on the difficulties of having children, and parenting isn’t valued in the same way as aggressively pursuing a successful career.

Incredibly, given how non-judgemental we’re all meant to be, people who do have more than 1.8 kids per family are often the target of criticism or ridicule.  Nobody acknowledges the debt owed to parents, especially those with larger families, whose children will be the taxpayers and the service providers of the future. And then, of course, we’ve just legalised abortion, ending the lives of 6,666 children who otherwise would have been born in 2019 alone.

So, given the State’s appalling inaction, how far will the retirement age be extended? To 70 years, or further? That will be determined by how many people are being born and how long people are living, but the crux of the matter is that population ageing is, as the OECD says, a “fast-accelerating, long-term trend”.

One recent paper from the OECD warns that there simply won’t be enough working people to pay pensions at the current retirement age. They point out that “in 1980, there were 20 people aged 65 or older for every 100 people of working age (that is, aged between 20 and 64). By 2015, this number had increased .. to 28 people aged 65 or over for every 100 of working age. Project forward another 35 years, the ratio will be 53 to 100 in 2050 based on UN mortality projections (United Nations 2017) …. This is because we are living longer and having fewer children.”

Their conclusion is stark: this worsening imbalance between those working and in old age will require “an increase in retirement age of a stunning 8.4 years” between 2015 and 2050.

So the OECD reckons that you’ll be working until you’re at least 73.4 years old, and that’s not even a worst-case scenario.

What can be done? The EU, recognising the scale of the problem has appointed its first   commissioner for demography,  Dubravka Šuica, who asserts that “depopulation is a real challenge for the European Union and for member states”. She will likely be stymied by the mindset of many in the EU Parliament whose blinkered view of feminism and family seems to see motherhood as a barrier to women’s empowerment.

We’ve plenty of those blinkered kind of politicians here in Ireland too – and they are likely failing to take account of the studies and polls that repeatedly show many people, both men and women, say they would have liked to have had more children.

The Economist reports that when Globescan, a consultancy, polled people in 19 countries about ideal family size, people wanted more children than they expected to be able to have. “For more and more couples, the greatest source of anguish is that they have fewer children than they want, or none at all,” the paper says.

An OECD study produced similar findings, concluding that: “in all countries the number of children women intend to have is far above the actual number they already have, which points to barriers in family formation across the OECD.”

In an interview with Newstalk this week, columnist David Quinn called for the state to take measures to help people have the number of children they want – and look at issues of housing and tax to incentivise child-rearing.

These incentives don’t always work: many European countries have increased child benefit payments and made other benefits available but found that the fertility rate continued on its inexorable slide downwards. Once you have encouraged people not to have children, it can be difficult to reverse that culture, it seems.

Policymakers are often also looking in the wrong direction: if the prospect of leaving your child in a créche at the crack of dawn before a lengthy commute to work and then repeating the same process before getting home to fall into bed exhausted makes parents baulk at having another child, cheaper childcare won’t fix that.

That’s why many commentators point to the experience of Hungary whose population was in decline and fell an astonishing 10% from the eighties until 2019. Offering the usual financial incentives didn’t seem to have the desired effect, but when Katalin Novak, the Hungarian State Secretary for Family and Youth Affairs, introduced policies which supported marriage as well as child-rearing, that moved the dial.

Her “Family Protection Plan” offers a loan of €30,000 to families which is forgiven if you have three children, and the interest rate is drastically reduced if you have two. If you families have a fourth child, the mother is exempt from income tax for the rest of her life. There are also loans to help families with at least two children to buy homes, and subsidies for family cars. Grandparents can receive a childcare fee if they help to look after young children while parents work.

Some 100,000 parents have taken advantage of the scheme and Hungary saw a rise in fertility rates and marriage rates in 2019. If we don’t want to work until we’re 73, maybe it’s past time we started demanding that our own government followed suit.

Will we be working until we're 75 because we're not having enough children to pay for pensions?

Will we be working until we're 75 because we're not having enough children to pay for pensions? WATCH and share

The cure is worse than the disease