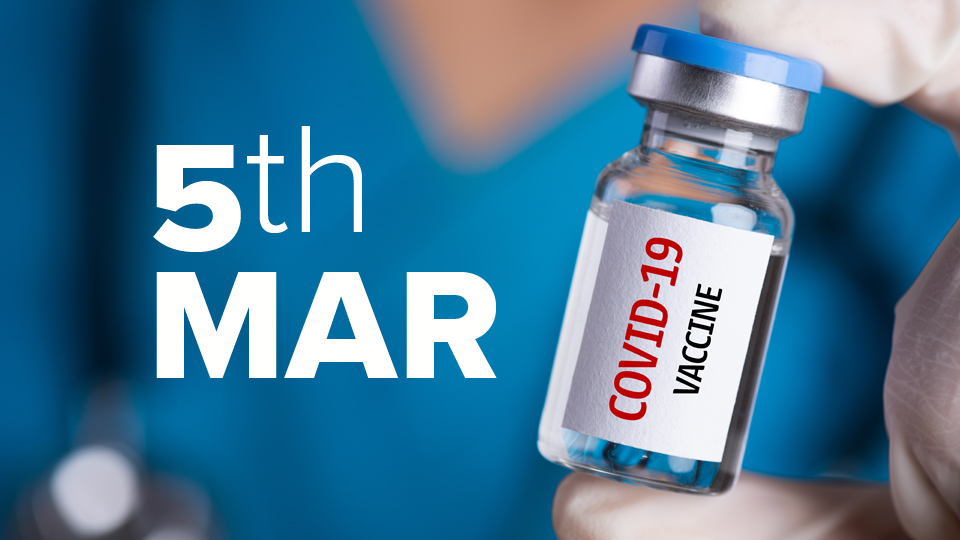 At current trends the Government is likely to miss, by a substantial margin, its target of administering 1.25 million doses of vaccines by the 31st of March. We had administered, as of the 2nd of March, 460,640 doses.

Hitting this target would require us to administer 789,360 doses over a 29-day period, a rate of 27,219 doses administered a day. Over the last week of February, we averaged 11,884 doses a day, the week before that, the first week in which GPs became involved in vaccination efforts, we averaged 11,242 doses a day.

There has been a roughly 5.7% increase in vaccination numbers, week-on-week, since the GPs came on board. If that trend were to continue, we would expect to administer roughly 430,000 vaccines during March. That would mean we would miss the Government’s target by roughly 360,000 doses, or 28% of the target.

It is important to state that it is entirely possible, and possibly even likely, that this rate will rise, and that we have limited data to draw on given that the GPs only became involved in this process two weeks ago. The 360,000 doses should be seen as a ceiling for how many doses we could miss the target by rather than as a prediction that we will miss the target by 360,000; we may not miss the target at all.

Monday the 15th saw GPs begin to administer vaccines to people aged 85 and older, who are part of “Cohort 3” in the Government’s vaccination schedule. The CSO estimates that there are 490,000 people to be vaccinated in Cohort 3, which also includes those 70 and older who are not in long-term residential care. 63,030 of these had received their first dose as of the 2nd of March.

Report: Liam Coughlan of Aontú says the council should be helping to provide homes for people to buy