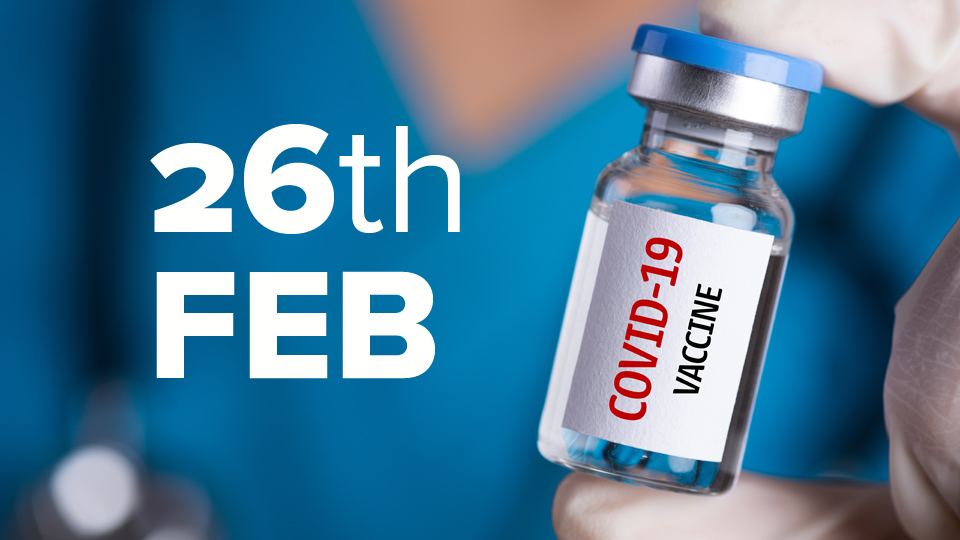 Daily vaccination numbers have started to pick up again after having sharply declined over the weekend. Tuesday saw 12,776 doses administered, an increase of 8,335 on Monday.

Having vaccinated only 4,441 might make it difficult for the Government to hit its target of vaccination over 80,000 people this week, given that hitting this target requires them to administer 11,429 doses a day. They had the same target last week but narrowly missed it, only administered 78,599 doses over the week. They had looked on track to hit the target but a disappointing performance on Sunday, with only 1,915 vaccines administered, saw the target slip by.

Between Wednesday the 17th and Tuesday the 23th of February, the last day we have data for, 75,271 vaccinations were administered. 48,073 of those were first doses, with 27,198 being second doses.

Monday the 15th saw GPs begin to administer vaccines to people aged 85 and older, who are part of “Cohort 3” in the Government’s vaccination schedule. The CSO estimates that there are 490,000 people to be vaccinated in Cohort 3, which also includes those 70 and older who are not in long-term residential care. 21,541 of these had received their first dose as of the 23th.

Everyone can be vaccinated by September, says Health Minister