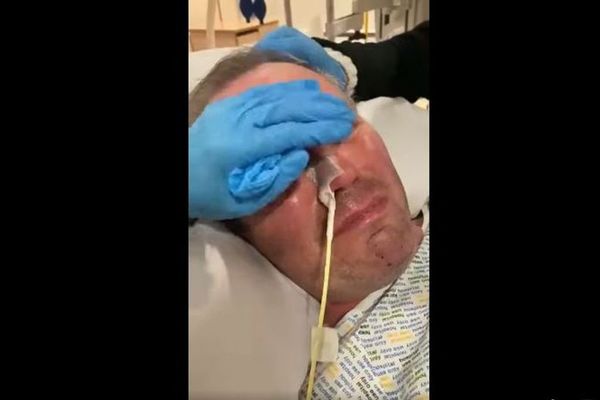 “I am devastated that the British authorities have decided to dehydrate my son to death.”

A Polish man, known only as RS, died this week in a Plymouth hospital after NHS officials successfully obtained a court ruling allowing them to withdraw food and water from the patient.

RS had fallen into a coma on November 6 after suffering a heart attack and oxygen deprivation, leaving him with severe and permanent brain damage according to doctors.

Derriford Hospital in Plymouth applied to the Court of Protection later that month for permission to end his life-sustaining treatment, including assisted nutrition and hydration, despite being made aware this would likely contravene his wishes as a devout, pro-life Catholic.

Whilst his wife and children supported the hospital’s application, his family in Poland opposed the move, unsuccessfully appealing the court’s decision on December 30, during which the judge dismissed requests that the patient be transferred to a hospital in Poland where treatment would continue.

Diplomatic requests for a transfer were also made by the Polish government to Britain amid widespread consternation in Poland that RS was being starved to death in the UK, whilst RS’s Polish family applied twice without success to the European Court of Human Rights.

Having deprived RS of food and water since January 13, the hospital confirmed that the patient died on Tuesday January 26, with his death certificate claiming the causes were pneumonia, oxygen deprivation and a heart attack.

The hospital also declined the Polish family’s request for an autopsy, insisting “there are no concerns regarding the medical cause of death.” RS was cremated yesterday.

His mother, who had video recorded her son’s reportedly “clear emotional response to the presence of family members” upon a prior visit, said she was devastated that the hospital and courts “decided to dehydrate my son to death.”

“What the British authorities have done to my son is euthanasia by the back door. Depriving him of nutrition and hydration is functionally the same as giving him an injection to end his life, except that the entire process is longer, degrading and inhumane treatment,” she told Christian Concern.

Polish archbishop Stanisław Gądecki said RS had been “sentenced to death by starvation”, calling on people to say “no to the barbaric civilization of death.”

“The recent court cases concerning patient Mr. RS in the care of the University Hospitals Plymouth NHS Trust has shown the level of controversy around this definition as judges have been called to make decisions in the ‘best interests’ of the patient.”

“We note that Mr. RS had not refused food and fluids nor had he expressed any view about not wanting food and fluids in these circumstances and that there was no evidence that he viewed assisted nutrition and hydration as medical treatment.”