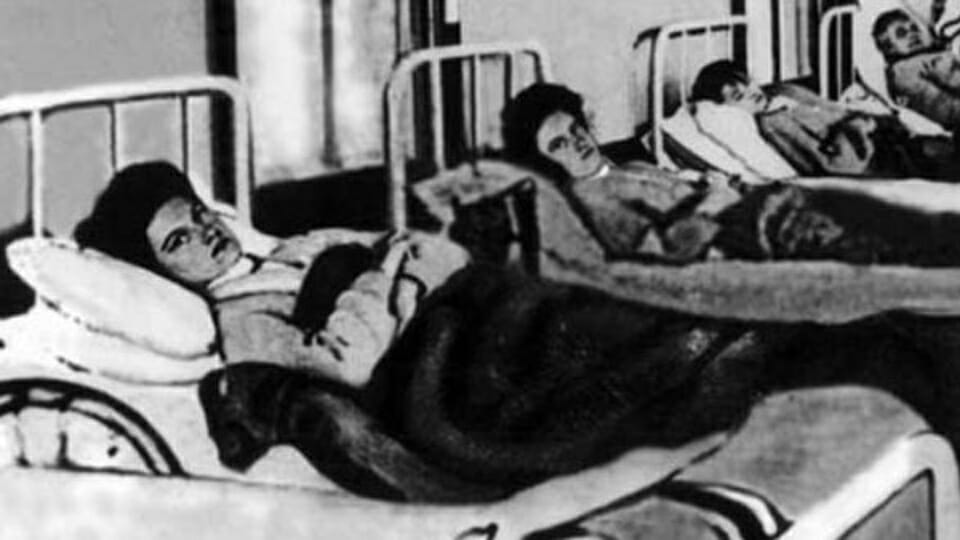 Mary Mallon was born in Cookstown, county Tyrone in 1869. She emigrated to America in 1884 or 1885 and became a cook in New York. While working in Mamaroneck in 1900 she seems to have infected a number of people with typhoid. The same happened when she left that position and went to work as a cook for a lawyer.

She was still working as a cook at Oyster Bay, Long Island in 1906 with the same outcome, and in several other positions she took up.

It was in 1907 that an article in the Journal of the American Medical Association made a direct connection between Mallon and the typhoid outbreaks which while not totally unknown among the most abject slum dwellers was very rare among the type of upper class families which employed Mallon.

So over the course of at least six years she had infected a considerable number of people, while herself remaining in “perfect health,” according to George Soper who wrote the piece.

She was clearly aware of her role in spreading the infection and disappeared to a new job once an outbreak took place. She refused to co-operate with a medical examination but by 1908 was named publicly by Soper and earned the popular sobriquet “Typhoid Mary.”

She was taken up and detained in quarantine for a period on North Brother Island but was released in 1910 on her promise that she would not work as a cook, However, after a few years as a laundress she changed her name to Brown and returned to cooking.

In 1915 she was at the centre of another outbreak at the Sloane’s Women’s Hospital. She was arrested and sent back to North Brother Island. There she remained in quarantine until her death from pneunomnia at the age of 69 in 1938. The post mortem revealed that she carried typhoid bacteria in her gall bladder. She is buried in the Bronx, her grave still a minor tourist curiosity.

Typhoid Mary provides what used to be called a “cautionary tale” in the midst of the current Covid-19 crisis. With people now being told not to leave their homes, this has heightened a certain degree of paranoia that other people are potential carriers of the virus that might be passed on through even the most casual encounter.

On Saturday morning, a heavy Garda presence was evident in Finglas when. I passed at least four vehicles on patrol. It would also seem however that off-license sales of alcohol are being tolerated perhaps on the basis that is acts as a safety valve.

Most people do appear to be abiding by the restrictions – even the little girls who played football and camogie on my road seem to have disappeared.

There have been tabloid reports of potential ‘Typhoid Marys’ spitting at Gardaí and others but no evidence that there are gangs of infected roaming the streets spreading the contagion. The most egregious and selfish thing I have seen was an idiot who insisted on smoking in the ward toilets in the Mater.

If all this works and the tide is turned – as in slowing and reversing the rate of infection and death over the next several months, then we shall be saved.

The unknown factor is that like earlier pandemics there may yet be a sting in the tail. 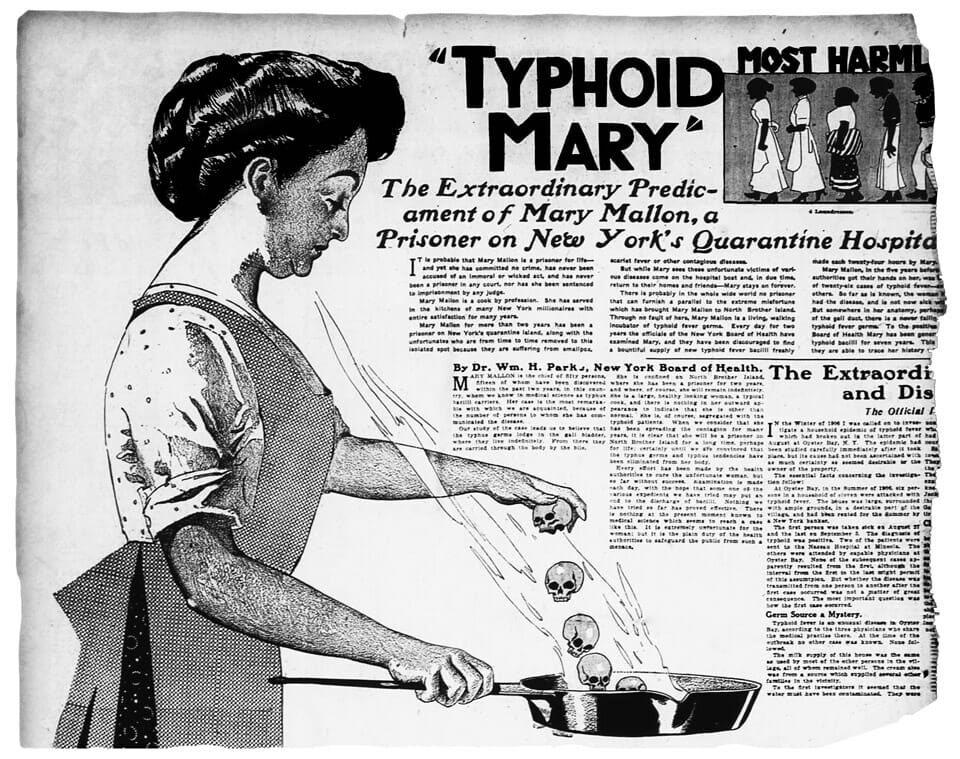 According to newsday this is an illustration that appeared in 1909 in The New York American. According to http://www.pbs.org/wgbh/nova/typhoid/mary.html, the precise date was June 20, 1909.