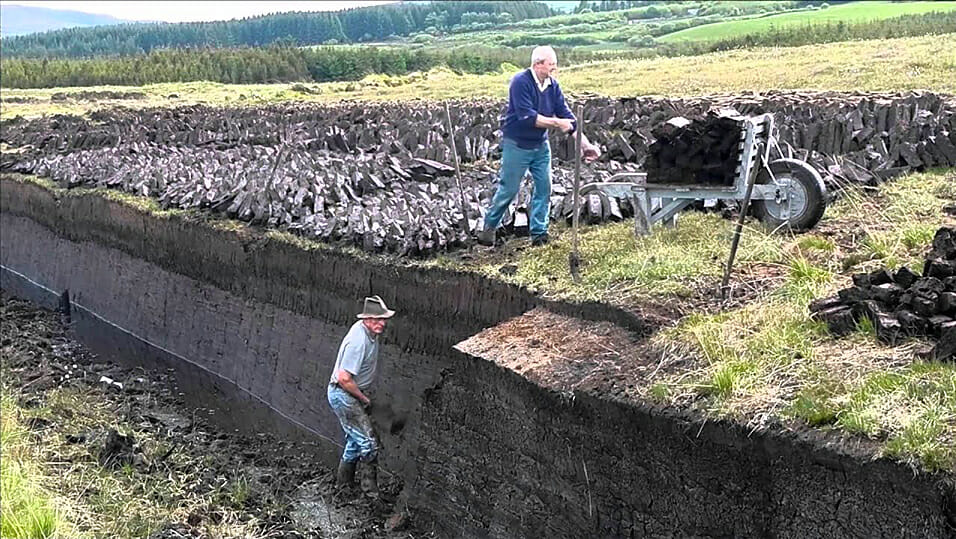 Four men charged with cutting turf on three EU-protected bogs in East Galway have been found not guilty by a jury at the direction of a trial judge at Galway Circuit Criminal Court.

The four men told reporters it was a great day for rural Ireland, with one vowing to go back to the same bog for turf cutting next month.

The trial collapsed after the State failed to produce sufficient evidence that the men, charged in 2013, had acted illegally by cutting at bogs subject to prohibitive EU regulations in the Portumna and Woodford areas of the county in 2012.

After numerous adjournments since 2013, the trial lasted only a matter of minutes when the State admitted they could not offer evidence as a key prosecution witness was in Australia.

Anthony Porter (51), Michael Darcy (50), Pat McDonagh (49) and Padraic Byrne (64) had pleaded not guilty to various offenses related to the prohibition of turf cutting at the three bogs in the summer of 2012.

Judge Rory McCabe directed the jury to return a verdict of “not guilty by direction of the trial judge”, with supporters of the men cheering the judges announcement that the accused were “free to go.”

Spokesman for the men, Michael Darcy said: “We’re delighted it’s all over because it went on for the last seven or eight years.

“It’s a great day for rural Ireland because now we’ve been vindicated and we can cut turf in our own bogs.

“We’re delighted it’s all over because it was very stressful. I could be going down the street and someone would say ‘there’s one of the criminals’, so we’re delighted now that it’s finally put to bed.

“So, we will be cutting turf again and we won’t be stopped. We will be back out on the bogs in a month’s time, weather permitting,” Mr Byrne said.

Solicitor for the men, Mr Gearoid Geraghty said: “It’s been incredibly stressful for the men and their families. These are ordinary, country people and they have been here now on fourteen separate occasions awaiting trial.

“They don’t see themselves as criminals. They’re just doing what they’ve done all their lives and their parents and grandparents did before them.”