The pontificate of Pope Francis has been many things to many people, with he, and those around him, rarely out of the headlines for too long. The proliferation of online media outlets seems part of the reason why there are very few places to hide for the pope, but there is one aspect of his papacy that hasn’t yet been thoroughly scrutinized by the mainstream.

Many commentators familiar with Vatican point to a largely under-reported litany of allegations against the pontiff as the area of concern high-ranking supporters of the Argentine worry most about.

The most notable example revolves around the allegation that Pope Francis not only knew ex-cardinal Theodore McCarrick was a serial sexual abuser of seminarians and minors, but also rehabilitated the senior American cleric to a position of considerable influence following Pope Benedict’s resignation.

Archbishop Carlo Maria Viganó, the former Apostolic Nuncio to the United States, blew the lid on alleged wrongdoing within the Vatican by some of its most senior figures, including the pope, in a 2018 statement that claimed a circle of powerful prelates were protecting homosexual abusers in the Church.

Why the investigation into who knew about and protected McCarrick took so long to establish, and still has not reported its findings, is anyone’s guess, but some suspect that the real fear within the Vatican is that Viganó retains copies of documents he claims will corroborate his allegations against the pope.

Critics say that the presence of disgraced Belgian cardinal Godfried Danneels in the loggia over St. Peter’s Square on the night of Cardinal Bergoglio’s 2013 election to the papacy was an initial cause for concern.

Just how Danneels, who had been secretly recorded discouraging the nephew of an abuser bishop from coming forward with sex-abuse allegations against his uncle, had not been removed from the college of cardinals years ago remains inexplicable.

Danneels was subsequently invited by the pope to participate in his 2015 Synod on the Family in Rome despite the strenuous protest of lay petitioners. Upon his death last March, Pope Francis eulogised Danneels as a “zealous pastor (who) served the Church with dedication.”

Such errors of judgement might be understandable if the pope was not made aware of cardinal’s crimes, but that possibility seems slim given the high-profile nature of Danneel’s position and deeds.

Westminster’s late Cardinal Cormac Murphy O’Connor was himself a long time supporter of Pope Francis, with credible suggestions he played a pivotal role in the outcome of the conclave he was disqualified from attending (because of age).

The pope himself mentioned Murphy O’Connor, perhaps in jest, as the reason he was elected, again appearing to be unaware Murphy O’Connor had notoriously transferred a serial abuser priest during his time in the Archdiocese of Westminster.

The subsequent announcement by a senior Vatican cardinal that Pope Francis interrupted him during Mass to insist he call off an investigation into Murphy O’Connor’s alleged abuse of a teenage girl in the 1960’s raised more than a few eyebrows in Rome.

These cover-up allegations indicated a pattern where friends of the pope enjoy favour where at all possible in their hour of need. The clericalism Pope Francis decried in public seemed most obvious to his critics in those private dealings, but more scandals have emerged since to escalate the problem.

Among them is the story of Bishop Gustavo Zanchetta who, having been appointed to the Argentinian diocese of Orán by the pope in 2013, was recently parachuted into a special Vatican treasury role created for him by Francis after he fled the country amid news of his sexual advances on seminarians. He will be charged by Argentine prosecutors for the alleged criminal sexual misconduct, but the evidence strongly suggests Pope Francis had numerous opportunities to remove the bishop long before the sordid scandal came to light.

One of the foremost Vatican experts to expose these alleged misdemeanors has been Marco Tossati, the Italian journalist through whom Archbishop Viganó first relayed his explosive statement. Since then, he and others have continued to bring unsavoury chapters from Jorge Bergoglio’s time in Buenos Aires to international attention.

For his part, the pope has denied being informed of McCarrick’s crimes, with supporters of the first South American pontiff going on the offensive against would-be whistleblowers like Tossati and Viganó, insisting that the pope acted to remove McCarrick the moment it came to his attention.

Pope Francis has indeed made some attempts to improve the Church’s handling of the abuse crisis, however many wish he would make clear and unambiguous statements, along with allowing independent investigations, to allay people’s worst fears about his overall personal record.

But, so long as he doesn’t embrace this type of transparency, the suspicion remains his past will come back to bite him in the end. 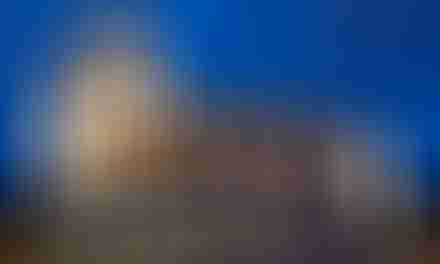 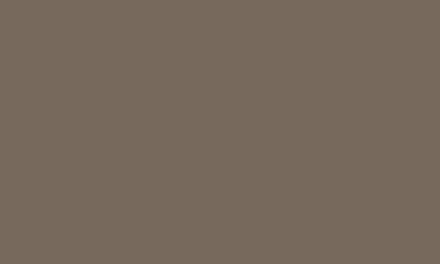