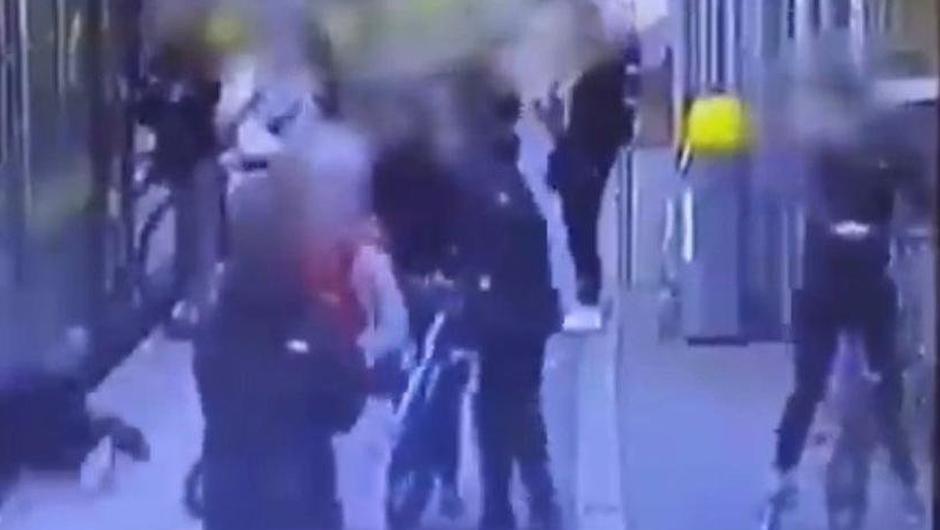 Gardaí have confirmed three teenagers in north Dublin were arrested today in relation to an attack on young girls at Howth Junction last month.

CCTV from April 1 showed a group of teenage boys intimidating young girls as they attempted to board a train, with one male appearing to kick a passenger, and another male hitting a woman with his bike, causing her to fall under the train.

Two 16-year-olds and one 13-year-old boy were arrested following searches at five locations in north Dublin early this morning on foot of warrants issued under Section 10 of the Criminal Justice Act 1997.

Bicycles, mobile phones and clothes are also thought to have been seized during the searches.

The three male teenagers, who are currently being detained in Raheny, Coolock and Clontarf garda stations, can be held for up to 24 hours.

In an unexpected development on Monday, Drumcondra-based Shelbourne FC issued a statement yesterday saying it would deal with the matter “promptly, properly and fairly”.

A spokesman for the club would not be drawn on whether any of its members were involved in the incident however.

The attacks were roundly condemned online after footage of the incident surfaced this month.