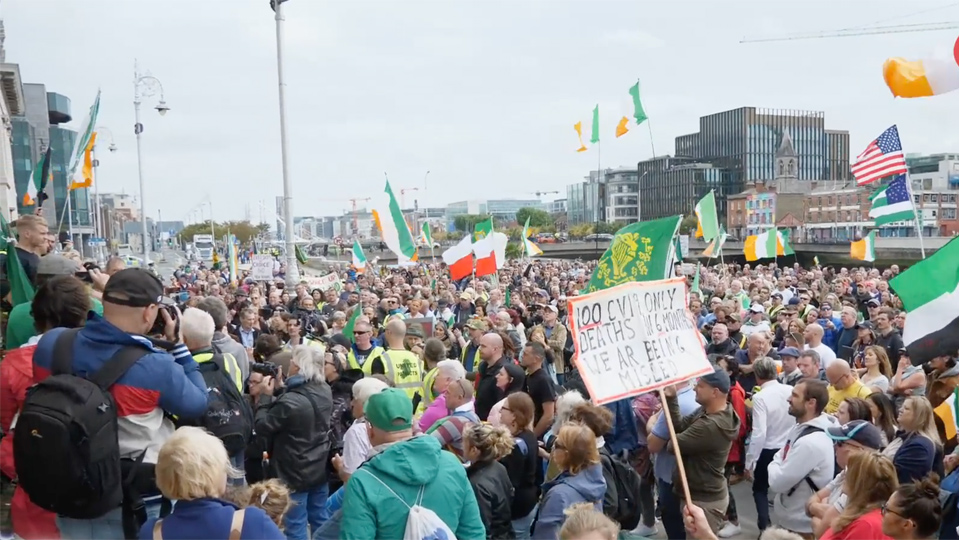 Thousands of people have gathered for a second major public protest against the continued Covid-19 lockdown, and against mandatory mask wearing and mandatory vaccines.

Crowds gathered at the Custom House in Dublin’s city centre on Saturday, September 12, for a march called by Yellow Vest Ireland, who said the event was also being supported by Health Freedom Ireland.

Those attending told Gript News that they had concerns about issues ranging from curtailment of civil liberties, to forced vaccines and the mistreatment of older people in nursing homes during the Covid crisis.

The march chanted ‘Freedom’ and ‘Take off your maks’ and ‘Fake News, RTE’ as it moved through Dublin’s city centre.

Responding to the march, Health Minister Stephen Donnelly said that “The only way to suppress this virus is to follow the advice from our public health doctors, which is based on facts and evidence.”