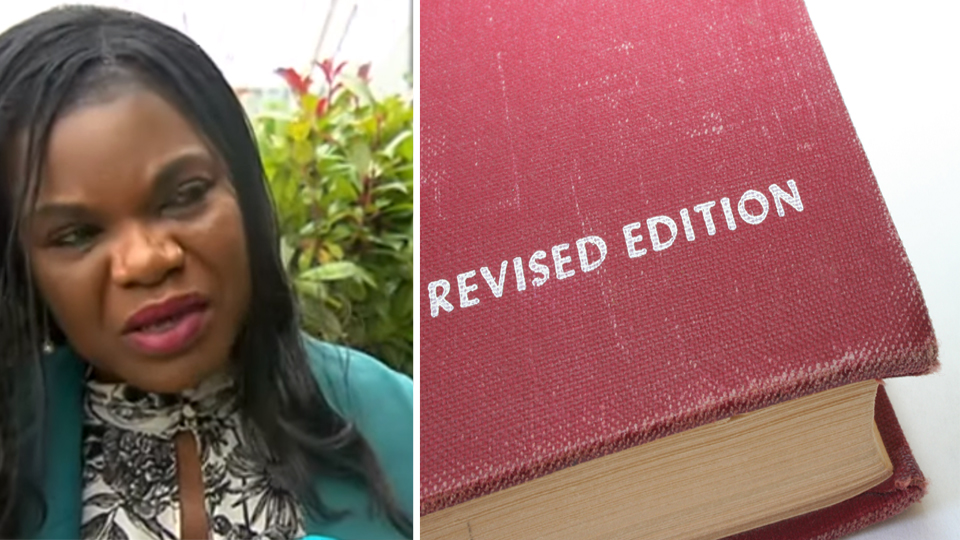 It seems Dr. Ebun Joseph is not finished with us yet. On November 9, she will be one of the speakers at an event hosted by Carlow IT and funded by the National Forum for the Enhancement of Teaching and Learning in Higher Education, which itself gets a chunk of the education budget.

The theme of the webinar is ‘Decolonizing the Curriculum’ – with a ‘z’ – and the other speaker is Teresa Buczkowski of the Immigrant Council of Ireland, which I did not realise was an accredited teaching body, but there you go. Perhaps the Bohemian soccer casuals couldn’t make it. The National Forum’s patron is the very woke former President, Mary McAleese, and the Forum obviously regards the funding of such political activism as part of its remit.

Black history month had at least one other ‘Decolonizing the Curriculum’ event which was organised by the Dublin Technological University Students’ Union on October 22. This was addressed by Dr. Alice Feldman, who lectures in Sociology at UCD. Her ‘work’ “draws on a trans disciplinary variety of traditions to cultivate and mobilise decolonial praxes that intervene in the global colonial legacies underpinning the current necropolitical moment.” (It’s not you. It’s just meaningless.)

Feldman and Joseph have previously held a “conversation” on “Becoming an anti-racist.”  These conversations, hosted by UCD, promise to feature “world class academics and alumni leaders,” but they must have all been washing their hair that day. The conversation basically tells Paddy and Patricia to buck up their ideas. To further that the students who had this tendentious nonsense inflicted upon them were instructed to prepare by reading such seminal works as Emma Dabriri’s Don’t touch my Hair, and Why I’m no longer speaking to white people about Race by Reni-Eddo Lodge.

Necroploitics by the way is another makey up discipline that explores “the use of social and political power to dictate how some people may live and some must die.” There is even a sub school of “queer necropolitics” that was spawned by the crisis of “queer complicity with Islamophobia.” This focuses on why some gay people have “issues” with oppressed anti-colonial chaps – and they are all chaps – in Teheran and Gaza who rape, torture and murder their rainbow allies in the struggle against the colonising white oul fellas.

So this is what students at Carlow are having foisted on them as part of their education which is already under sufficient threat from the restrictions imposed as a consequence of the Covid panic. It is an ill wind that does not blow some decolonising favours.

In case you might be confused as to the substance of decolonising the curriculum, we can refer back to Dr. Feldman whose UCD page informs us that her mission is to open the Irish student body’s eyes to “troubling Irish and European colonial amnesias, particularly when it comes to migrants arriving from the Global south by re/entangling Irish and Nigerian diasphoric histories through a synthesis of decolonial aesthetics and arts-based research practises.”

That is such twaddle. In my view, it has no connection whatsoever to proper research and teaching practises. History, which is the discipline I am familiar with, is based on proper research of actual events. Its sources are archives, and the verifiable oral and written testimony of participants and observers of past events as they occurred, not as someone might like them to have occurred. It has nothing to do with feelings or the belief that ideology trumps facts, as epitomised by Alexandria Ocasio Cortez’s condemnation of “people more concerned about being precisely, factually, and semantically correct than about being morally right.” Think about that for a moment.

The ideology of Doctors Joseph and Feldman, which is corrupting the Irish academy as it has corrupted the universities of other western democracies, is Critical Race Theory. This theory, whatever about those who espouse it, can be used as perniciously as the spurious race theories that have gone before it. It is racialism directed against white people: no more nor no less. Its methods are the boots and petrol bombs of Antifa and Black Lives Matter allied to a craven intellectual capitulation on the part of the deracinated bourgeois liberals and lefties who control much of the institutions where the poison is disseminated.

It is deliberately designed to create a baseless sense of guilt for stuff that happened in the past and for which no living person is responsible. We have seen this in scenes of white people abasing themselves in penance for slavery  Does Dr. Joseph feel a sense of guilt for the millions killed by the Nigerian state, of which her father was an official, in the Biafran war? Or for slavery in Nigeria today? Or for African criminals in Dublin?  She ought not. She is not a participant in any of this.

In the same way, we Irish should not accept guilt bombing funded by our own taxes, and forced into our schools. And let us be clear about it; “decolonising the curriculum” does not mean creating modules for black history, which is something open to choice; it is about imposing the ideology of Critical Race Theory and ultra-leftist hatred of the western tradition, (which includes us Micks for you Shinner slow learners), into every aspect of schooling from primary to third level.

Many of the same extremists are also successfully foisting transgenderism on children through the complicity of a morally and intellectually bankrupt elite for whom Pearse’s Mise Éire might have been written. “Mo chlann féin a dhíol a máthair.”

October and November are key months in the year of commemoration of events in our own history. In November 1920, the ambush at Kilmichael took place, and there were the killings on Bloody Sunday culminating in the murder of a Tipperary gaelic footballer and 13 people in the crowd at a match in Croke Park.

November also saw the ending of the hunger strike by republican prisoners following the death in Brixton of Terence MacSwiney on October 25. MacSwiney is worth recalling not just for his sacrifice as a representative of the Republic, but for his vision of what that Republic would bring about. In his book Principles of Freedom he numbered among the enemies of Irish freedom the “atheist, socialist and syndicalist.”

It is difficult to imagine that MacSwiney would have had much in common with those erstwhile Irish republicans and nationalists who are among the main cheerleaders and bullies for those who would destroy our historical and cultural sense of ourselves as a people. But as one Republican said of those who attempted to infiltrate anti-national ideologies into the national movement: they are intellectual lightweights.

Dr. Ebun Joseph is seeking to decolonise curriculums and dismantle historical memory. Her supporters in academia and politics and the media have no core belief in anything other than their own sense of self-importance.