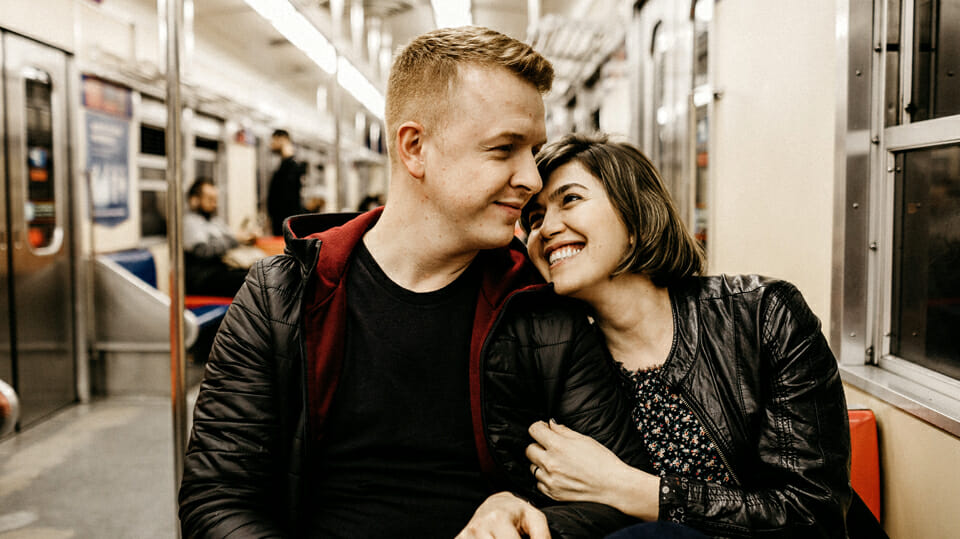 A checklist every young person should know

Even in the current culture, most young people still dream of being happily married someday—of finding someone they’d like to share their life with.

UCLA’s annual American Freshman survey has consistently found that about three-quarters of entering college freshmen say “raising a family” is an “essential” or “very important” life goal. That finding, despite shifts in other values, hasn’t changed in the more than four decades 40 years UCLA has been doing the survey.

Marriage and parenting are two of the most challenging responsibilities that any of us will ever take on. Both have a profound effect on our happiness. Both have a far-reaching effect on the social health of a society. Both require good character.

In talking to teens or young adults, I stress the importance of knowing the character of a romantic partner as early as possible in the relationship. I give them a copy of the “True Love Character Test,” a tool I’ve developed as an aid to standing back and taking stock of the character of another person you might be attracted to. I introduce this test by saying:

“A truly loving relationship, one based on mutual respect and caring, requires good character. This test will help you look objectively at the character of a person you are romantically attracted to or involved with—and decide whether it is wise to pursue that relationship.”

Even one character problem in an important area may be a sign that a relationship isn’t healthy and may bring you unhappiness. Obviously, we all have character flaws and failings; nobody’s perfect, and people can mature and grow in their character through experience and effort. But some character shortcomings may be part of a person’s established personality and be hard to change.

To drive home the point that significant character deficiencies can spell big trouble for a relationship, I share the story of a young woman I once counseled, at her mother’s request. Caitlyn was 19 and engaged to a twenty-something guy who was extremely possessive and jealous. He had a hot temper, drank heavily, and got into bar fights when he had too much to drink.

Given all these danger signals, I tried to encourage Caitlyn to reconsider her intention to marry this guy. I asked her if she could tell me three qualities she admired in him, and three things he admired about her. She couldn’t name any but insisted that they loved each other.

They went ahead with the marriage, and it was a disaster. Soon after, he became even more possessive and took to hitting her when he was drunk. Once he pushed her down part of a flight of stairs. Caitlyn fled in terror to live in another city, where she secured an order of police protection.

At least one out of ten high school girls has been the victim of dating violence. (The actual frequency is likely to be higher, since many incidents are not reported.) Sadly, four out of five girls in physically abusive relationships continue to date their abuser.

Looking at a relationship through a character lens can help young people avoid such relationships. A tool like the True Love Character Test helps a young person ask, “Is this really someone I want to be with?”

As I walk my listeners through the questions, I also challenge them to reflect on their own character:

“Think not just about the character of the person you’re involved with, but also about your own character. If somebody used this test to evaluate you, how would they answer these questions?”

After reading aloud all of the test questions, I say:

“If a person gets low marks on this test, don’t waste time on that relationship. Don’t think, ‘Maybe I can change him or her,’ or ‘Maybe things will be better after we’re married.’ People who have serious character deficiencies are very often worse after they get married.”

Recently, on the way out of a school assembly where I had presented the True Love Character Test, a high school boy said to me, as he stuffed the Test into his backpack: “Hey, thanks for this. It’s a pretty good check list to see where you are. I’m actually going to discuss it with my parents.”

Thomas Lickona is Director, Center for the 4th and 5th Rs (Respect and Responsibility) and Professor of Education Emeritus, State University of New York at Cortland. This article is adapted from Chapter 15, “How to Help Kids Avoid the Dangers of a Hypersexualized Culture—and Find True Love,” in his book, How to Raise Kind Kids: And Get Respect, Gratitude, and a Happier Family in the Bargain (Penguin, 2018). A slightly shorter version of the above article was published earlier on Dr Lickona’s blog at Psychology Today.

This article was republished with the kind permission of the author, having previously appeared on Mercatornet. com