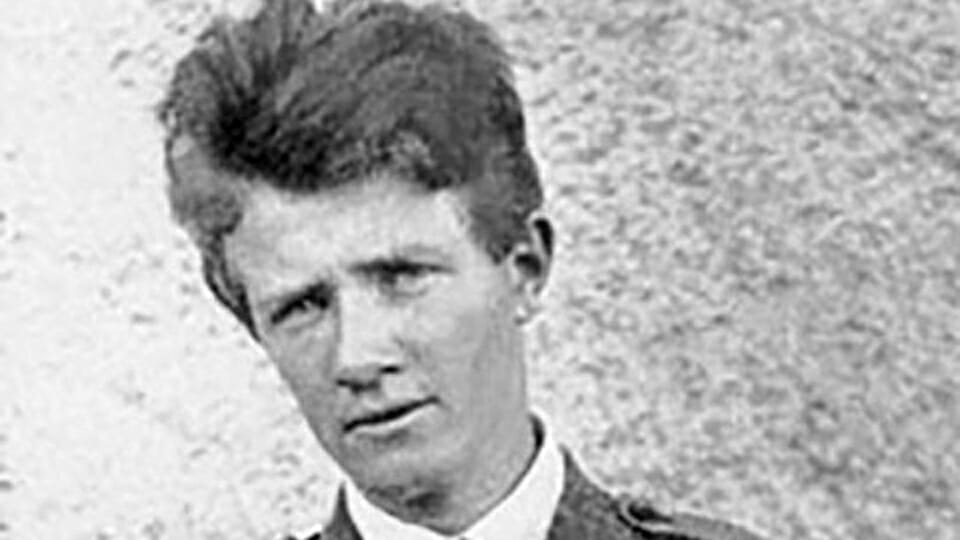 In the opening volley of the War of Independence in 1919, the Third Tipperary Brigade under commanding officer Séumas Robinson ambushed a RIC convoy transporting dynamite at Soloheadbeg on January 19th.

Dan Breen’s brother, Lar, had told the IRA that the consignment was due to be moved under escort, and the raid included Volunteers Seán Treacy, Dan Breen, and Seán Hogan.  It seemed that the agreement was that if the escort was small they would over power it, but that if it was strong and put up a fight, then the Volunteers would open fire on them. Two RIC constables, James McDonnell and Patrick O’Connell were subsequently killed when, Robinson claimed, they refused to surrender and tried to fire back. The explosives were successfully captured.

Afterwards Breen, who was prone to change and exaggerate accounts of incidents, claimed that they had not sought the approval of the Volunteer leadership on the grounds that permission if granted would come too late, and he seemed to doubt that it would be sanctioned. Breen also claimed that Treacy favoured an armed confrontation. The apparent offer from Collins to spirit Treacy and Breen to New York afterwards, if true, would seem to indicate a level of disapproval, especially given that the raid coincided with the much bigger occasion of the opening of Dáil Éireann.

Seán Hogan was then captured by the RIC at Kilshenane, Tipperary, on May 12, 1919.  He was to be taken by train to Cork but was rescued en route at the station of Knocklong by five Volunteers including Seán Treacy, Dan Breen, Séumas Robinson, Ed Foley and another Limerick Brigade Volunteer.

When the train arrived at Knocklong some time after 6 o’clock, the Volunteers opened fire on the RIC men, one of whom was thrown from the train after Hogan hit him over the head with his manacles.

RIC Sgt. Wallace managed to survive the initial barrage and tackled Treacy. Wallace seemed to have been unarmed and was trying to get Treacy’s gun. In the tussle Wallace managed to despatch a shot which wounded Treacy in the throat, but Wallace came off worse and was shot and died later of his wounds. Another RIC man, Michael Enright, was also killed during the tussle.

Breen had also been shot when the constables had returned fire. He and Treacy once more had a miraculous escape from death. Breen’s luck remained with him for the rest of the Tan War, but Treacy’s disdain for danger led shortly to his death.

After Knocklong, they were both taken to a safe house and received medical treatment.

The rescue was typical of the operations carried out by the Tipperary men, especially when Breen and Treacy were involved. They were recklessly brave and put little store on getting away or avoiding casualties. The reaction to it bolstered the image of the IRA as a serious force, and one which was capable of mounting deadly blows against their enemy. It also undoubtedly encouraged some in the Volunteer leadership like Cathal Brugha to push for a more militant campaign.

The event is most famously commemorated in the ballad “The Station of Knocklong”. Two Volunteers, Ed Foley who was part of the rescue, and Patrick Maher who worked in the station but was not, were arrested in September 1919 and charged with the murders of the two RIC men. They were sentenced to death in March 1921 and were executed on June 7, not long before the Truce. They were among the ten Volunteers exhumed from Mountjoy and reburied in 2001 at Glasnevin.

Treacy and Breen of course went on to take part in many other famous incidents including the fight at Ferndale and Ashtown. Treacy was killed in Talbot Street in October1920.

Hogan had been at Ashtown and remained active until end of the Tan War. He opposed the Treaty and spent the last months of the Civil War in Mountjoy.

Hogan’s life after 1923 was a sad one. He spent time in hospital as a psychiatric patient and was involved in a series of failed business and farming ventures, and became estranged from his family.

When Fianna Fáil won the election in 1932 he was given a series of state jobs, but he died in poverty in Dublin in 1968.

This event happened on 13th May 99 years ago 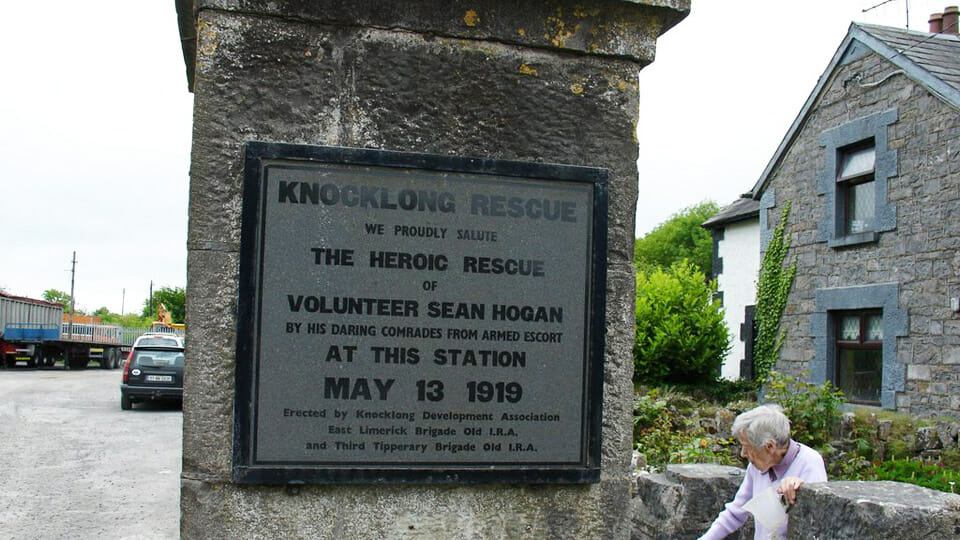 Memorial at the station in Knocklong, Photo Credit: Mapio.net

THOMAS J HOWLEY: The Wolf of Clontarf: the battle which led to the decline of the Vikings deserves further attention