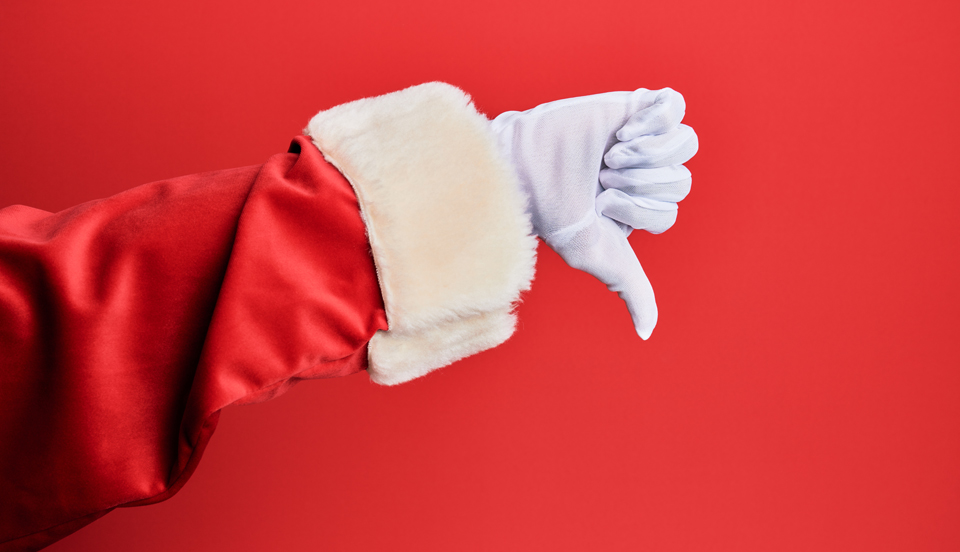 We’re going to let you have turkey but there’ll be absolutely no hugging, says Nphet and their fellow Scrooges. ‘Maybe one glass of wine but inspectors will be calling to check on the seating”. It’s all for our own good, the government agrees, though Golfgate and and then RTEgate has led many to question whether they actually believe what they’re telling us ordinary folk about Covid.

It only seems like yesterday when we were also told that if we behaved ourselves in October and November we’d have a “proper” Christmas. Dire warnings were issued then that Christmas may be “cancelled”.

Immunologist Tomas Ryan had a bizarre suggestion, you might remember: postponing Christmas so we could have a ‘proper’ party. “One way of looking at this would be to delay Christmas until the end of January and have a real Christmas and a real party then,” he said.

“A real Christmas?”. The problem with this and other daft solutions is that they entirely miss the whole point of Christmas. It’s not a moveable feast, nor a festival that can be postponed. It’s the celebration of the birth of the Christ-child. Even with all the materialism and consumerism that crowds the season of late, most people still recognise Christmas as primarily a religious feast, and they make time to attend Mass or services, and to observe the real meaning of the celebration.

The last person who tried to cancel or ban Christmas was Oliver Cromwell because, the grumpy git, he thought the festivities decedent and excessive. According to the 1644 “Directory of Worship”, there was to be no feasting at Christmas and when the Puritans said no, they meant it.

The army was sent out to ensure that no-one was having fun. The soldiers confiscated meat during Christmas week, and arrested anyone attending plays or seen to be indulging in any kind of revelry. Let’s hope Nphet isn’t similarly inspired.

In the end, human nature won out. In 1647, “pro-Christmas” riots broke out and the general dissatisfaction became a spark that helped to ignite the second English civil war. The celebration and the story of Christmas continue to endure as a magic and special time, not because of glitter and glitz but because the story of the birth of a child came to save the world resonates deep in our hearts and in our history.

The current notion of ‘cancelling’ Christmas is centred around the shopping splurge anticipated each year, where we’re all expected to spend lavishly on presents that many people neither want or need. Naturally, this is an important time for retailers and for restaurants and bars who are angry and dismayed at the notion of continuing the lockdown indefinitely, in particular when the official data shows that while cases are increasing, admissions to ICU and deaths from Covid-19 remain very low. They do need people to shop and spend to keep the economy from total collapse.

But we can get through a Christmas without the tinsel and the tack, and if we must have piles of presents we can always shop online, locally whenever possible. The real issue, which the government keeps dodging, is the unjustified and unreasonable closure of the churches.

Since the first lockdown in March, it’s been all too evident that the needs of people of faith are of very little importance to the government. When churches were allowed to open again for Sunday Mass, parishes went to extraordinary lengths to ensure sanitising and social distancing. As a result there have been no Covid clusters in churches, yet the government moved arbitrarily to shut them down again – this time under the threat of penalties, leading Fr Seán Mulligan to point out that the last time priests were in danger of being jailed for celebrating Mass in public was under the Penal Laws.

This is ludicrous, heavy-handed, and, at this point when the restrictions are clearly not being based on evidence, starting to feel more than a little oppressive.

Christmas is not the government’s to cancel. Catholics and all Christian denominations have a right to gather in churches or elsewhere to celebrate this profound and sacred night, especially by partaking in the Eucharist.

This Christmas Day, I’ll be social distancing and mindful of vulnerable people, but I’ll also be going to Mass. Otherwise Christmas is actually cancelled.