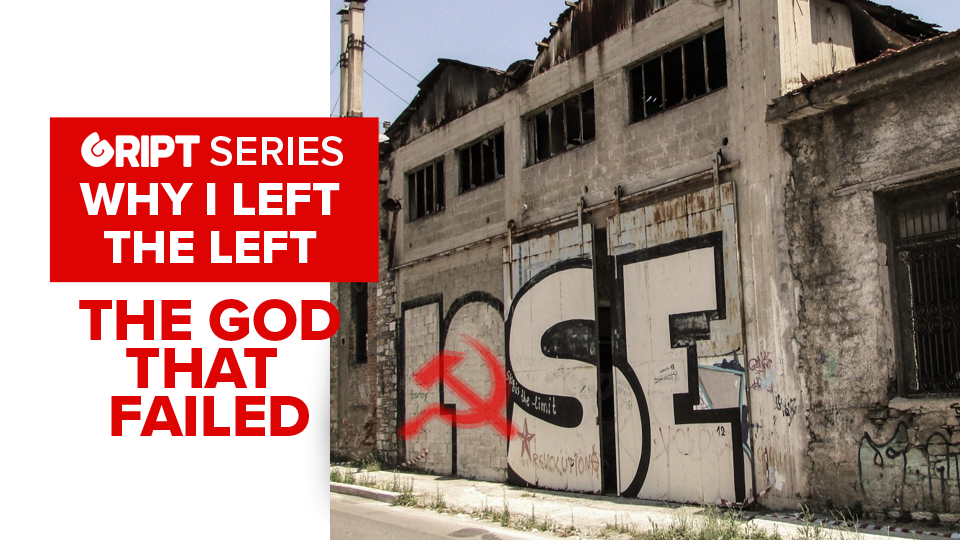 A younger Matt had among his bêtes noir those I considered to be traitors to the doctrine of scientific socialism. Among them were Richard Crossman.

Crossman was a left wing MP in the post war Labour government but was hated by the pro-Soviet left because he had edited a seminal 1949 collection of essays by six intellectuals who had abandoned Stalinist Marxism, entitled The God That Failed.

Among them was the Hungarian writer Arthur Koestler who had been a prominent agent of the Communist International before 1939. Koestler was the author of Darkness at Noon, a fictionalised account of the Moscow show trials, a book that should be read by anyone interested in understanding the psychology of totalitarianism and those who are enticed by its siren song.

Where Koestler had the moral compass – and he was not an otherwise pleasant human being – to recognise the evil that was “actually existing socialism,” other writers were shamefully willing to celebrate even its worst aspects. Our own Seán O’Casey did not come out of those times with any credit. In 1938, O’Casey wrote a piece for the British Communist newspaper Daily Worker celebrating the trial and humiliation of  Nikolai Bukharin and the other tortured Bolsheviks forced to humiliate themselves in front of the world in the infamous 1938 Moscow show trials before being murdered in the cellars.

Of course O’Casey gets a free pass from Fintan O’Toole and the liberal intelligentsia because he,  in some never totally explained way given that he was living in Devon for half his life, helped to topple “Catholic obscurantism.” It would be similar to someone who defended Hitler up to the 1960s being considered a stout fellow because he had supported divorce perhaps.

That aside, Koestler and Stephen Spender and André Gide and the others who contributed to Crossman’s book exposed the myth that humans can be made better by murdering vast amounts of them, and taking away their personal freedom. Which is the nub of the matter really.

It is not that social injustices do not exist. They do and should be ameliorated where possible. That is the motivational imperative behind ostensibly conflicting schools of thought. It brought for example the Christian and Social democratic positions together in the aftermath of World War Two. The subsequent degeneration of both for the most part into a deracinated liberalism is for another day.

And it was the common experience of the horrors of what had gone before 1945, and what was still taking place in the east, that brought people like Adenauer, De Gaulle and the European social democrats together. Both conservatives and social democrats understood the terrible genie that had been freed by the temptations of totalising solutions to the problems of the world. The democratic left in particular knew from personal contacts exactly what was happening to their friends in Poland, Czechoslovakia and elsewhere.

“Reformed reds” were vilified by the Stalinists and fellow travellers as traitors. It was thought to be particularly bad form as the publication of The God That Failed coincided with the House Un-American Activities Committee pursuit of Stalin’s American agents and their apologists – the McCarthyite witch hunt in the mythology of the left.

To put it into context, the HUAC led to the imprisonment of less than 100 members of the Communist Party of the United States of America, most of the sentences being short. The use of the courts to repress any political party is general not a good thing, but bear in mind that many of those convicted were actual Soviet agents, and all of them supported the murder of countless millions in the torture centres, killing cells and camps of socialism. Some of them thought that supplying Stalin with the means to manufacture nuclear weapons was a good thing.

Artie Shaw the jazz clarinettist who praised the Soviet constitution as the most democratic ever known to humanity fled the repression of the United States and went to live in Spain – Franco’s Spain, from where he whinged about his persecution for another 40 years.

For one of Koestler’s fellow contributors, Louis Fischer, his rejection of Stalinism was also a form of exculpation. He had visited the Ukraine in 1932 and denied that the Holodomor was taking place, an artificial famine brought about by the Soviet war against the “kulaks”. Over seven million people died. Any of you who have read Cormac McCarthy’s The Road, or seen the movie, will have been terrified by the gangs of cannibals who captured and farmed people to be eaten. This was the reality of Ukraine in the early 1930s.

Seventy years later then, those who broke the left’s omerta about the reality of socialism deserve to be remembered. Neo-nazis and Holocaust deniers are rightly considered to be outside the pale of intellectual discourse. The same opprobrium ought to be applied to the still not inconsiderable band of sneaking regarders of Uncle Joe and his emulators, some of whom still rule in Beijing, Havana and Pyongyang.