The fall of Catherine Noone 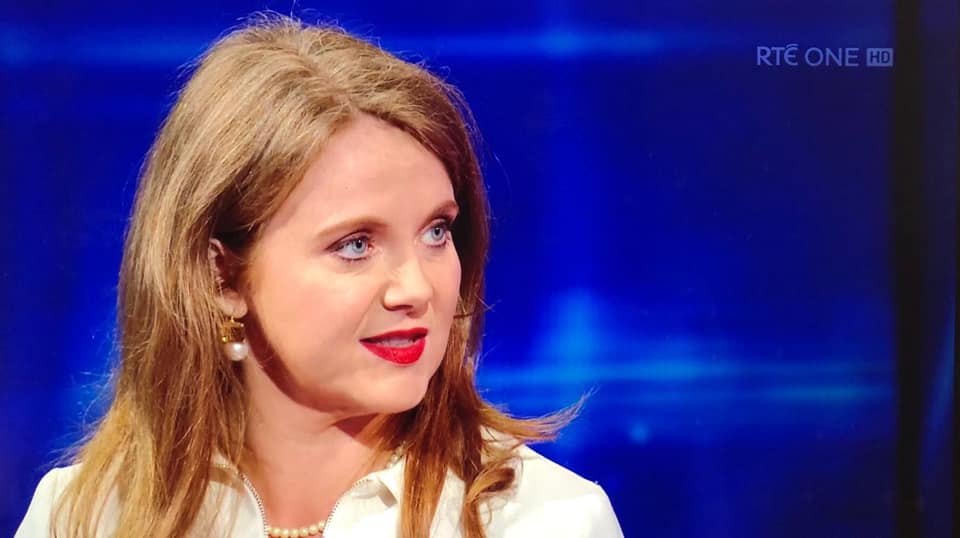 It might be hard to remember, in the full flush of this morning’s feeding frenzy around her, that Senator Catherine Noone has been widely regarded, for the past few years, as one of the brightest stars in the Fine Gael heavens. On paper, she is the perfect candidate, and the perfect politician, for the new Ireland that progressives have been working for two decades to build.

She’s an outwardly confident, attractive, young woman from the west coast. Her politics, she regularly says, are founded on compassion, and tolerance. She attends mass and describes her faith as important, though publicly repudiates those parts of it that she believes to be outdated. She’s a feminist, having paved the way more than perhaps any other politician for the legalisation of abortion. She’s pro-European, an internationalist, and proudly progressive. She’s articulate, and a good media performer. For all that some may not believe it, she’s personally warm, and friendly, and often genuinely funny. Even as somebody who’s personally opposed almost every policy that she has championed, she has always been very hard, if you know her, to personally dislike. In Catherine Noone, at least on paper, all the ingredients are there for her to become one of the most successful politicians of our age.

And yet, at the age of forty-six, she’s only ever won one election – sneaking into the last seat in a Dublin City council election in 2009 – and this morning, it looks relatively likely that she’ll never win one again.

The last time Senator Noone faced the public, in 2016, she received a mere 1,074 votes. In the subsequent Seanad election, she scraped into the last seat, on the 33rd count, with the support of just 33 county councillors around the country.

Yesterday, she described her party leader as Autistic. Leo Varadkar, she said, “is on the spectrum, there’s no doubt about it. He’s uncomfortable socially and he doesn’t always get the inbetween bits”.

When asked to explain herself, by a journalist, she first denied ever having said it. Then, when told it was on tape, she suddenly remembered that she had said it, but that it was not what she meant. “I didn’t mean it in the sense of the actual illness or anything. I just mean he can be a bit wooden and lacking in empathy,” she said. “I shouldn’t have even said it in that way.”

Not autistic, then, just lacking empathy and totally wooden. The Taoiseach must have been very relieved to read that.

She went on, in a way that could only have been scripted in a television comedy about an inept politician, to dig a hole that was even deeper than the one that she was already in:

“Ms Noone then attempted to give examples of potentially offensive words that could be used out of context, such as “special” and “n***er”. She quickly clarified that she would never use the N word, and said that it was a bad example.

Ms Noone explained that her comment had been taken out of context. “Sometimes I say, ‘Oh God, I’m a bit special’ but I don’t mean it to be derogatory,” she said.”

The funny thing about all of this is that it’s probably not in the least bit damaging to the Taoiseach. Mr. Varadkar already has a reputation for being somewhat aloof, and is not known for public displays of emotion, nor would he be known as a particularly touchy-feely politician, like Joe Biden or Bill Clinton. Senator Noone’s assessment of him is much more damaging to people with Autism than it is to her own party leader – portraying them as lacking empathy (false) or being wooden (also false). If anything her words have provided the Taoiseach an opportunity to showcase one of his genuinely admirable traits – that he doesn’t take things personally, and is not known as someone who holds a grudge. When he forgives her this morning, he’ll look bigger, and she’ll look smaller.

But how is it that someone with all the natural talents provided to Senator Noone is, well, just so bad at this? What happened?

One of the problems is that she’s entirely un-used to being challenged. Just a year ago, she was being lauded and praised by almost every newspaper in the country. When she invited a journalist from the Times to accompany her on the canvass trail, you can be absolutely certain that she thought it would result in favourable coverage – after all, when has she not received favourable coverage? It never crossed her mind that a journalist, of all people, would turn on her for a good story. If you read her remarks to the Times, they’re the words of somebody scrambling, and in shock, and almost annoyed at having to explain themselves. Politicians who opposed her, and who are generally opposed by the Press, simply don’t make mistakes like this because they are used to their words being used against them. They’re more careful, and cautious, and always conscious of the presence of a camera, or a tape recorder.

The other question, aside from all of this, is why Senator Noone has been such an electoral failure over the years. In all honesty, nobody expected her to take a seat at this election before this morning’s story ever broke. She’s never received more than 1,234 votes in any election that she has contested. When asked to elect Catherine Noone to public office, the public have always been immensely reluctant – but they’ve consistently given huge personal votes to the “wooden” Mr. Varadkar, who “lacks empathy”. Why?

Part of it, at least, is a sense with Senator Noone that she seeks not to represent the public, but to represent a certain social class. When she makes gaffes, they are uniformly gaffes that reveal her as somebody who has never struggled much in life. Her political priorities are so painfully middle class that they embarrass even the middle classes. For somebody so publicly empathetic, there’s always a sense with Catherine that it’s a well-practiced empathy, rehearsed, based on reading about things, rather than experiencing them. When she went to Japan on her holidays and sang on a train, while obviously drunk, it struck many people as vulgar, while at the same time being so far from the well-groomed, well-spoken public image as to leave a lasting impression that her public persona is entirely fake.

Voters notice these things and are repelled by them. To some readers, it may seem strange to say that one feels sorry for Senator Noone, but she does inspire some sympathy in me, at least. Her political career is, most likely, coming to an end. Politicians who do not succeed with the electorate at large don’t last in the Seanad for long, because parties want to fill those seats with prospective TDs, not career Senators. She’s never had a huge base within the Seanad electorate, either.

Her time in politics is now coming to an end. Hopefully she’ll find, like so many before her, that compared to normal life, political life just wasn’t that much fun.

Let’s face it: These new Garda powers are absurd