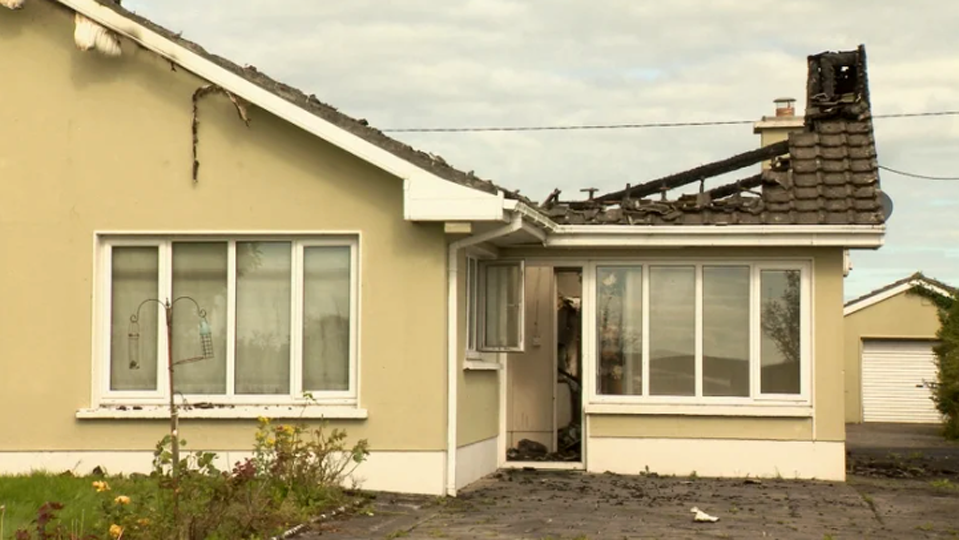 Question: What could cause a house that hasn’t been occupied for several years to spontaneously burst into flames mere days before a traveller family were due to move in?

Gardaí in Galway are investigating a fire which extensively damaged a house which had been recently purchased to accommodate a Traveller family.

The fire at the house in Kiltulla was discovered shortly before 5am on Monday.

Galway City Council paid €388,000 for the four-bedroom property in March, with refurbishment expected to take the overall cost to around €430,000.

The move was opposed by local residents and also by some councillors who voiced concern about the city authority purchasing a house in a Galway County Council area.

The cause of the fire has not yet been established and gardaí at Mill Street said they are keeping an open mind on it.

Presumably, the same thing that mysteriously caused round bales of silage to appear out of nowhere and block the gate, right?

“In the latest incident it’s understood a number bales of wrapped silage were placed across the entrance to house.

Fire experts also believe some form of accelerant was used to ignite the blaze which has caused significant structural damage to the house.

Nobody was injured in the incident.”

In summary, the facts as we know them are as follows:

The council purchased a house that had been put up for sale, intending to use it to accommodate a traveller family. Local residents were opposed. The house went up in smoke days before the family were due to move in, and shortly after council workers working on the property reported being intimidated.

There’s no smoke, as they say, without fire.

There’ll be a lot of chatter in some quarters, naturally, that this particular house and neighbourhood was “entirely unsuitable”, or whatever, for traveller accommodation. Presumably at least one person in the comments on this post on social media will enquire about whether yours truly would be happy to see a traveller family moving in next door.

The house in Galway isn’t the first building in recent years to spontaneously combust shortly before some minority group were due to move in, either. Remember the case of the mysterious fire at the direct provision centre in Rooskey?

Garda Superintendent Kevin English said on Tuesday that he believed those responsible for the fire at the hotel on the Leitrim/Roscommon border, which was earmarked for use as a direct provision centre, had spent a number of days in the local area planning the attack.

The authorities, of course, should not stand for it. Political argument is one thing, violence is another. Regardless of who started the fire in Galway, or Rooskey, the response of the authorities should be the same: To spend whatever is necessary to fix the damaged properties, and proceed as planned. We live in a democratic country: if people are not happy about who is living in government-provided accommodation, they can elect new politicians. But if they resort to arson, it must be demonstrated that the authorities won’t cave in. Otherwise, this kind of foul villainy will keep happening.

In the 1960s, when some southern states in the US refused to end segregation, Presidents Kennedy and Johnson sent troops into schools to protect the right of black children to attend. This situation isn’t especially different. The correct response from Government here is to fix up the house, and put a 24 hour guard on it if necessary, up to and after the family concerned moves in.

Politics doesn’t come into it. We either have law and order in the country, or we don’t.