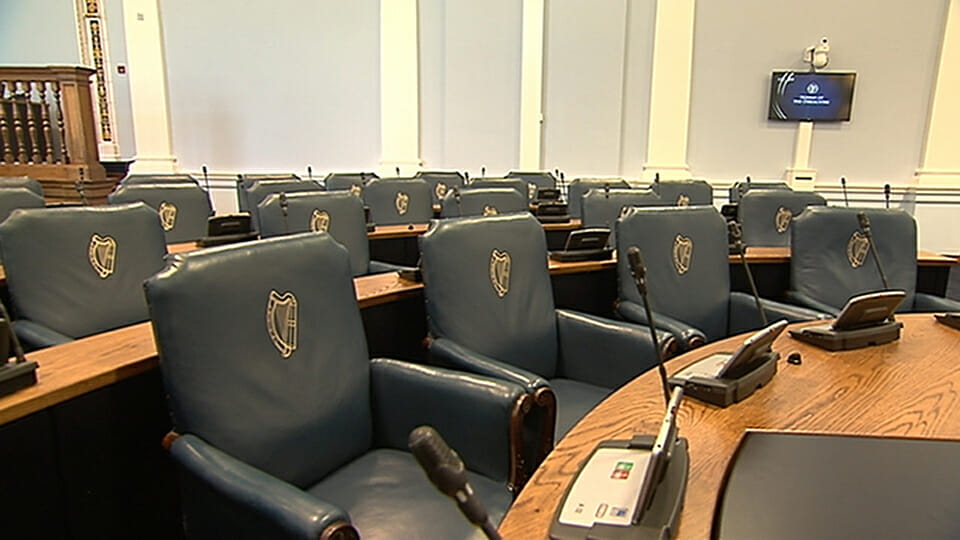 On Tuesday of this week the Seanad debated the second stage of the Criminal Justice (Hate Crime) Bill 2020, which is being brought forward by Senators O’Loughlin, Chambers, and Gallagher.

The Bill has mostly slipped under the radar but that is not to say it is a minor bill – if it were to be brought into force it would be one of the most impactful pieces of legislation ever passed by an Irish Government. It would fundamentally change how the public interact with each other, and it would cripple both artistic and political expression.

It is clearly and openly unconstitutional, infringing both on civil liberties and the independence of the Judiciary.

The flaws in it are wide ranging, and touch on effectively every area of it. To give an idea of how poorly executed the Bill is, without boring you by going through each section, it’s probably enough to point out that “hate crime” as defined by the bill isn’t actually a crime, but rather hate is an aggravating factor for other crimes. At least going by one of the definitions of hate crime offered in the Bill. The Bill actually contains two definitions of “hate crime” and those two definitions don’t match or mesh all that well together. This is rather a ground-breaking innovation in the field of criminal law – a field which has, rather myopically, historically required that crimes be both definable and defined in legislation. In another ground-breaking innovation several of the offences which the Bill says should be open to being defined as hate crimes have already been repealed, which is to say they no longer exist as offences. It is possible that the Bill operates in some sort of Schrodingian legal space that I may simply not understand.

There is no real debate, by the way, on the fact the Bill is a mess. Even Senator O’Loughlin, when starting the debate on Tuesday, talking about the need to amend the Bill. That pretty much set the tone of the evening. Senators would get up, make a courageous comment about how bad hate was, laud Senator O’Loughlin for her commitment to this legislation and her “passion”, note how necessary the Bill was, lovingly eviscerate the actual content of the Bill, and then sit down. Senator Bacik called the Bill “deeply flawed”, noted the “lack of precision in the drafting” and the “lack of clarity as to whether a mandatory minimum sentence is being created.” Senator Norris did much the same, but also mixed it in with a spot-on imitation of a North side Dublin accent. Both Senators also spoke of how welcome the Bill was and generally how it was just a great thing to see.

The most fun moment of the debate was probably Senator Chambers getting the phrase “sticks and stones may break my bones” onto the Seanad record. Less amusing was the Senator’s comment that we “as a country and a society” need to “discuss openly and work through” our “prejudices and discrimination” whilst putting forward a Bill which would ensure that open discussion of these matters becomes effectively legally impossible.

This Bill had no place being debated in the Seanad in the state it is currently in. Senator O’Loughlin clearly has passion for this area, but passion is not enough, and it is ludicrous to think passion is sufficient when discussing legal matters. It was disrespectful to the institution of the Seanad for the Bill to be brought forward in so ragged a state as it currently is. The willingness of Senators, many of whom are intelligent and eloquent speakers in their own right, to support a Bill so shamelessly unconstitutional, either due to belief in the rightness of the cause or political expediency, has shown the Seanad in the worst possible light.

This Bill, if enacted into law, would enable citizens to be jailed for the perceptions of another. It would force judges to give the maximum sentence for many offences if any person in this country said that they “perceived” that the offence was, or should be, a hate crime. It removes nearly any possible defence from the accused, and it contains no provisions that would protect artistic or political speech or actions from falling under its remit.  The only positive about this Bill is that, if brought into force, the “perception” provision will cause it to fall apart on the same grounds as the King v Attorney General case of 1981. That case related to the crime of “loitering with intent” and how intent did not have to be shown, but that rather the perception of a single person was enough to convict. Justice Seamus Henchy, in his finding, wrote a paragraph which reads as if the paragraph itself was used to formulate the Criminal Justice (Hate Crime) 2020 Bill. He said that the provision regarding perception and intent was:

“so arbitrary, so vague, so difficult to rebut, so related to rumour or ill-repute or past conduct, so ambiguous in failing to distinguish between apparent and real behaviour of a criminal nature, so prone to make a man’s lawful occasions become unlawful and criminal by the breadth and arbitrariness of the discretion that is vested in both the prosecutor and the judge …and generally so singularly at variance with both the explicit and implicit characteristics and limitations of the criminal law as to the onus of proof and mode of proof, that it is not so much a question of ruling unconstitutional the type of offence we are now considering as identifying the particular constitutional provisions with which such an offence is at variance.”

To support this Bill, whilst largely ignoring all of that, is an affront to what the Seanad can and should be. The Seanad is, at its best, a place for educated and intelligent people to discuss matters of law and politics at a higher level than the Dail, giving consideration to matters which are societally and culturally important but which are politically unpalatable or difficult to discuss. The Seanad, at its worst, is what the debate on this Bill made it appear to be.

Are politicians prepared to criminalise the religious orders to enable seizure of assets?