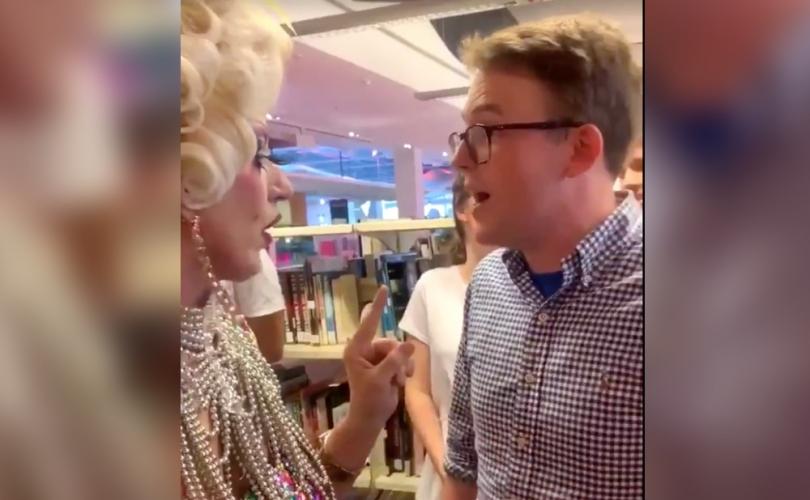 Wilson Gavin was one of a number of University of Queensland students abused online for interrupting a Drag Queen Storytime event for children in Brisbane, only for the worst to then happen when Gavin went on to take his own life.

President of the university’s Liberal National Club, Gavin had taken conservative stances in the past, such as opposing same-sex marriage during Australia’s recent referendum, but it was this viral video of the protest, and the bullying that followed, that sparked a tragedy no one expected:

Wilson Gavin, a young conservative who recently lead a protest against a so-called "Drag Queen Story Hour" at an Australian library faced a massive media campaign of hatred against him, laballing him as a "bigot".

Shouting “Drag Queens are not for kids”, the 21 year old then faced a torrent of abuse from online LGBT activists, along with criticism from Brisbane’s Liberal National Party MP Trevor Evans.

"The ratbags who protested the event wouldn’t know liberal values if they fell over them." https://t.co/CLOSFoIM20

News of his death however broke on Monday morning, with many people expressing their sorrow for his untimely death and how events had unfolded.

Sadly, I can confirm those reports are true. Wilson Gavin did suicide this morning. Terrible, terrible news. Nothing is worth that price.

Wilson Gavin, a gay man,
killed himself today because of online bullying,
because he had the gall to publicly call out an abuse of power by adults to children by exposing them to sexually related performance art.

Some reactions to his death drew criticism for continuing an activist stance after such a tragic death.

Nothing to forgive him for…you should be ashamed. He was hounded for a protest. We are allowed to protest even if you are a conservative.

As a devout Catholic who had same-sex attractions Wilson Gavin appeared to confound many of his critics, but the online culture of hostility and harassment that pervades certain platforms was too much in this instance, claiming yet another victim this week.

Some politicians, including the state LNP MP Mark Robinson and the federal LNP MP George Christensen, linked Gavin’s death to the reaction on social media.