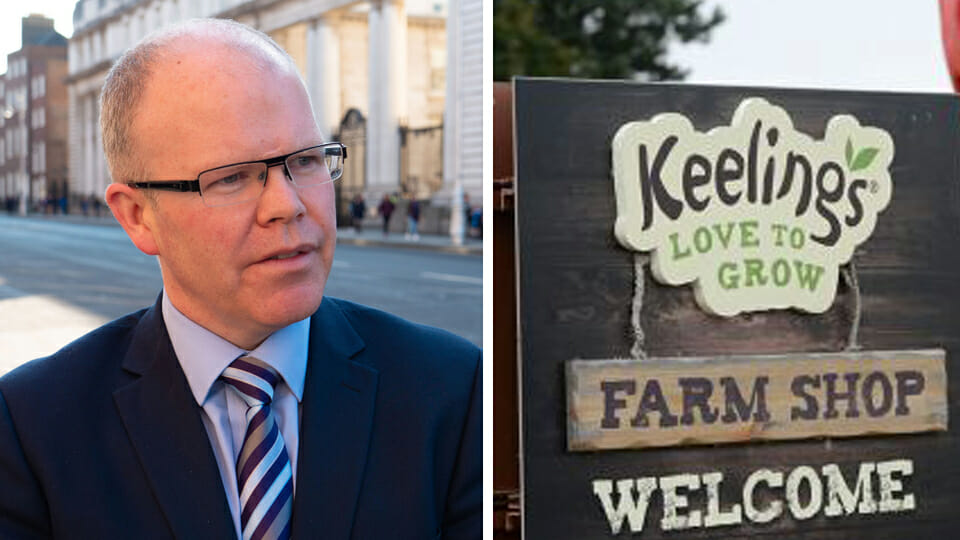 A Meath West TD says that flights bringing fruit pickers into Ireland should be stopped until the Covid-19 crisis ends.

Aontú leader Peadar Tóibín said he had submitted questions to the Minister for Enterprise in relation to the arrival of large amounts of agricultural workers to Ireland. He called on the government to end these flights and seek to fill these posts with workers already resident in Ireland.

He stated: “It does not make any sense that in the teeth of an global pandemic when you or I cannot travel 3 km down the road, when older people are prevented from leaving their homes, when so many people have had their income collapse and their business go to the wall, that we have flights landing in Dublin with hundreds of workers coming from other countries to pick fruit in North Dublin.”

The Meath West TD said he had submitted a series of questions to the Minister for Enterprise, and had asked “how many workers have been and will be brought to Ireland from abroad to pick fruit and vegetables in Ireland during March, April, May, June, July, August and September 2020?”

He also asked if “the Fruit and Vegetable growers secure clearance from the Government for the workers to enter the country?” and whether “the government risk-assessed or tested these workers on arrival” and “had they risk assessed their working environment and residences?”

“Has there been any consultation with local communities surrounding these residences?” he asked. “Has the Department of Enterprise sought to fill these roles with people already living in Ireland in order to help to stop the spread of the disease?”

“The Agricultural firm in question state that these workers will adhere to “14 days of restricted movement”. What does this mean? Does it including cocooning, isolation or just social distancing? For example will these workers be able to shop and socialise in that period?” he said.

Leo: Those who don’t want vaccine “may change their mind” if denied travel & events