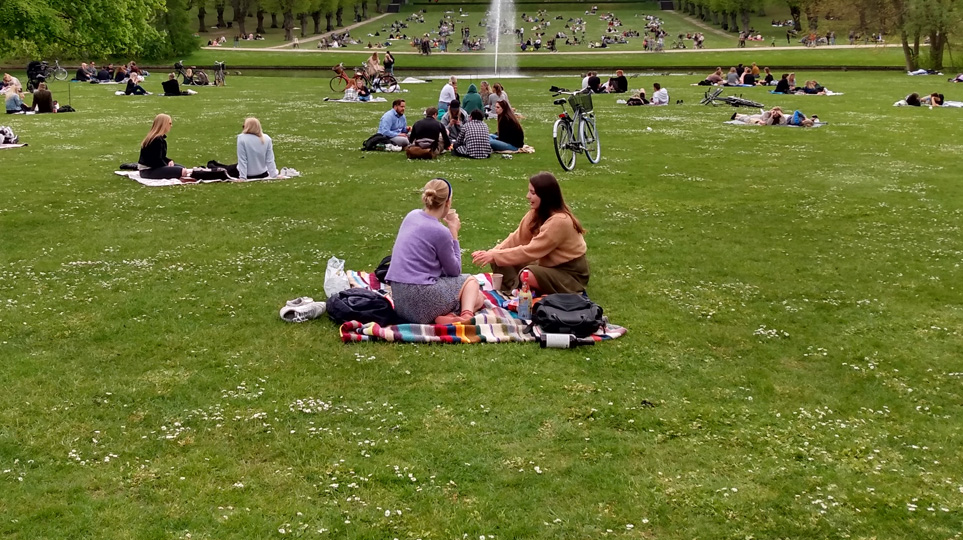 With the notable exception of Ronan McGreevy in the Irish Times, a report compiled by the Health Protection Surveillance Centre on outdoor transmission of Covid 19, did not perhaps gain as much attention as might have been expected. Most of the media was too preoccupied with a sub-Jeremy Kyle tale of two women who had “escaped” from quarantine, and, of course, how the Gardaí had locked down the centre of Dublin to prevent the “far right” holding a white supremacist Easter Rising commemoration. You know, the really important stories

Anyway, the HPSC data confirmed what has been shown to be the case in other countries for quite some time. Indeed, what common sense alone would have sufficed to prove: Outdoor activities are not even in the ball park when it comes to the transmission of the virus.

Of 232,164 cases studied up to March 24 this year, just 262 were attributed to outdoor transmission. That amounts to 0.11% of all cases. If you take the population as a whole, according to the last Census, then 0.006% of the population have contracted Covid by being in outdoor groups.

So sport, which accounts for 20 cases of transmission is not a problem. Nor is the construction sector which had 21 cases.

And the media thought that a horse with a 0.8% chance of winning the Grand National was sensational. Which it was so how much more unlikely is the 18,185/1 shot of anyone contracting Covid by kicking a ball around or sitting in the garden or climbing a mountain?

Even the incidence of contracting the virus in any circumstances is still verging on the statistically rare, at under 5%. The mortality rate for the entire population to date is less than 0.09%. And veering into quantum figures for those of younger age groups, especially those who were lucky enough not to be locked up indoors in a state or supervised care home for the elderly.

The latest HPSC figures also show that the most dangerous place to be is currently your own home, where over half of the latest transmissions are believed to have taken place.

So, what will the impact of the findings be? Will it persuade the state and the Zero Covid fanatics to their left that the ban on outdoor activities be lifted immediately? Will it induce the President of the GAA to grow a pair of sliothars and stop rambling on about vaccine passports, and do what he is supposed to do; namely defend the association from those intent on preventing it fulfil its function?

Anyway, the next time you hear some Covid extremist ranting on about people climbing Croagh Patrick or walking the dog on the beach, or having a few beers in their garden with their neighbours, or exercising their right to protest, or kicking a football around on a GAA pitch, remember what their own experts have told them.

Are the Greens redundant as Covid-19 makes the world greener and cleaner?