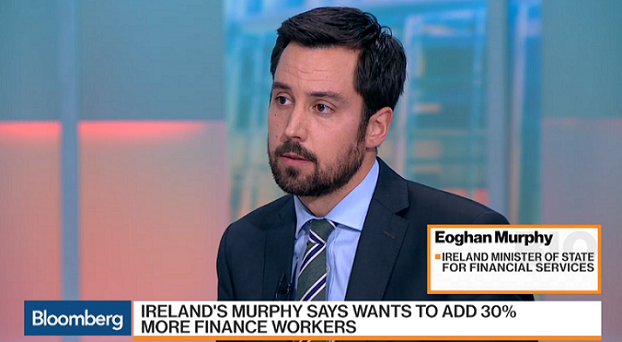 The big news this morning is that the Social Democrats have decided that the time is ripe for a vote of no confidence in Eoghan Murphy:

“THE SOCIAL DEMOCRATS are to table a motion of no confidence in housing minister Eoghan Murphy.

Party co-leader Róisín Shortall confirmed this morning that the party will publish the no-confidence motion in Murphy due to this government’s “failure to solve to the housing crisis”.

Murphy has come under pressure for a number of issues, most notably the significant number of homeless people in Ireland, with numbers rising for the eighth month in a row.”

It won’t pass, because the main opposition party, Fianna Fáil, won’t vote for it because to do so would be a breach of the confidence and supply agreement they have in place with Fine Gael, and this would precipitate an election.

Fianna Fáil does not want there to be a general election, because it is behind in the opinion polls.

The other opposition parties, therefore, can vote for it in the full knowledge that they achieve two things – they get to paint Fianna Fáil as not really opposed to the Government, and they don’t have to worry about an election which doesn’t really look promising for them, either.

So why are the Social Democrats doing it?

There are a couple of questions that should be asked. First, why have they lost confidence in the Minister this week, but not in any of the previous 100 weeks? Could it have something to do with the fact that there are bye-elections on Friday?

Second, what Fine Gael politician do they think would do a better job in housing than Minister Murphy? Are his failings personal, or ideological? Because if it is, as they argue, the case that Fine Gael is ideologically incapable of solving the purported housing crisis, then replacing one Fine Gaeler with another won’t make any difference.

The fact is that the Social Democrats don’t actually give a hoot about Eoghan Murphy’s job security, or the housing crisis, except so far as it is politically useful to highlight it this week in the run in to four bye elections. It has the added advantage of putting more pressure on Fianna Fáil than it does on Fine Gael, and reminding voters as they go to the polls that Fianna Fáil is as supportive of the Government in practice as Mr. Varadkar is.

And what of Murphy himself? He’s probably got the hardest job in Government, at the moment. You might think that accolade would go to Simon Harris, but it’s not true. Harris has an enormous budget, and hospitals and doctors and facilities already in place. Murphy, on the other hand, has nothing but a relatively modest budget and flat ground where the houses should be.

The single biggest problem in the housing market is that there is a critical shortage of people with the skills to build them. In the aftermath of the economic crash in 2008/9, emigration was higher in no other sector of the economy than construction. The country lost vast numbers of highly skilled builders to places like the middle east, and Australia. Those people have found that the money, taxes, and standards of living in those countries is far superior to what it is here, so why would they come back? And so, our population has risen, and there’s no capacity in the building industry to meet the demand. There’s not a whole pile any minister can do about that, quickly.

The Government has also pursued some truly daft policies – but, and it’s a big but – the daftest of those have all been supported by the very opposition parties that now want rid of Murphy. Rent controls, for example, simply do not work. When you tell a landlord that he or she cannot raise rents for three years, do you know what a Landlord does at the start of a tenancy? They set the rent at the level they think it will be at in three years’ time. Far from reducing rent increases, you actually accelerate them.

Of course, that doesn’t actually matter to politicians, who will never, ever, consider the actual impact of a policy as much as they consider how popular it might be. And, of course, at the same time as the shortage of supply is already driving up costs, the Government is adding ever more regulation to the market, for example in energy efficiency, pushing the cost of even the most “affordable” homes ever higher.

The Social Democrats don’t care about any of that, of course. They care about getting a respectable share in the bye-elections, and they’re hoping voters are dumb enough to fall for it.

And, let’s be fair: Some of them are.