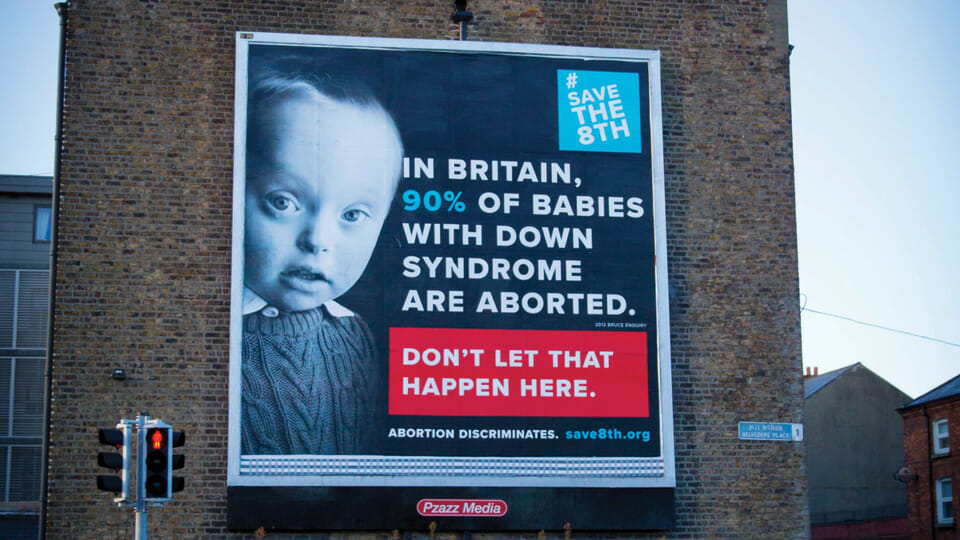 One of the leading campaign groups in the 2018 abortion referendum says that Facebook’s Irish partner, The Journal.ie, cannot be considered a credible fact-checker because it amended its own fact-check findings during the referendum with results that benefited the Yes campaign.

The Life Institute says that during the referendum The Journal rewrote and altered its previously published fact-check in relation to Down Syndrome and abortion.

It did not signpost the rewrite in the amended fact-check – somethings that goes against best practice, a review by the pro-life group found.

“Its an indisputable fact, confirmed by the National Cytogenic Down Syndrome Register, that 90% of babies diagnosed with Down Syndrome are aborted in Britain. This fact has been widely reported by leading media organisations,” said the Life Institute.

“But The Journal, who had previously rated our material stating this fact as ‘Mostly True’, changed their own fact-check during the referendum, to rate the same claim as ‘False’ – although nothing in the facts under examination had changed.”

“The Journal also rewrote three other findings in relation to the abortion rates in European countries – again without any credible basis for the changes, and again in a way which benefited the Yes campaign who were working to have abortion legalised in Ireland,” the pro-life group said.

“These actions show that The Journal cannot be considered an unbiased, independent and credible fact-checker,” they asserted.

“These fact-checkers have significant power over the ability of citizens and civil society to impact on debate. If a post is found to be untrue or disputed by the fact-checker, the page or person who made the post is restricted by Facebook. Further, other pages or people who shared the post are also targeted,” Life Institute wrote in its review.

“They also take action against anyone who has shared the content their fact-checker has rated false, meaning that many people will think twice about sharing information from that page,” said Life Institute. “This means a fact-checker has real ability to shut down a campaign or to damage  the ability of an organisation or a person to be heard.”

“Given the power enjoyed by fact-checkers, and their ability to impact on a free and fair debate, it is crucial that Facebook engages a fact-checker which can act without bias, and which is shown to be independent and fair-minded,” the group found.

“Otherwise Facebook itself will lose all credibility,” they said. “Facebook says it is taking these measures because they are concerned about ‘fake news’, but employing fact-checkers who change their findings during a referendum campaign only serves to damage Facebook’s credibility.”

Facebook has come under fire recently for targeting pro-life and conservative voices with fact-checks which were found not to be independent, including a high-profile censorship of pro-life group Live Action which Mark Zuckerberg was forced to admit was biased.

The Facebook CEO admitted bias on the fact-checking controversy involving Live Action was during a September meeting with Missouri Senator Josh Hawley, who confirmed that Zuckerberg acknowledged there “clearly was bias”.

The controversy arose when Live Action was informed by Facebook that its fact checkers had marked two videos containing the statement “abortion is never medically necessary” as false., and that there would be consequences – as Live Action page and the page of its founder Lila Rose would now have reduced distribution and other restrictions. It then emerged that the fact-checking was carried by out by two abortion doctors.

Facebook was embarrassed into reversing the findings against Live Action, but commentators say that the platform is losing credibility because of increasing evidence of bias from fact-checkers.

Facebook’s fact-checkers for Northern Ireland also recently relied on an abortion campaigner’s testimony to make a dubious finding against pro-lifers in the region at a time when abortion is a red-hot issue.

Down Syndrome and abortion – The Journal rewrite during the referendum 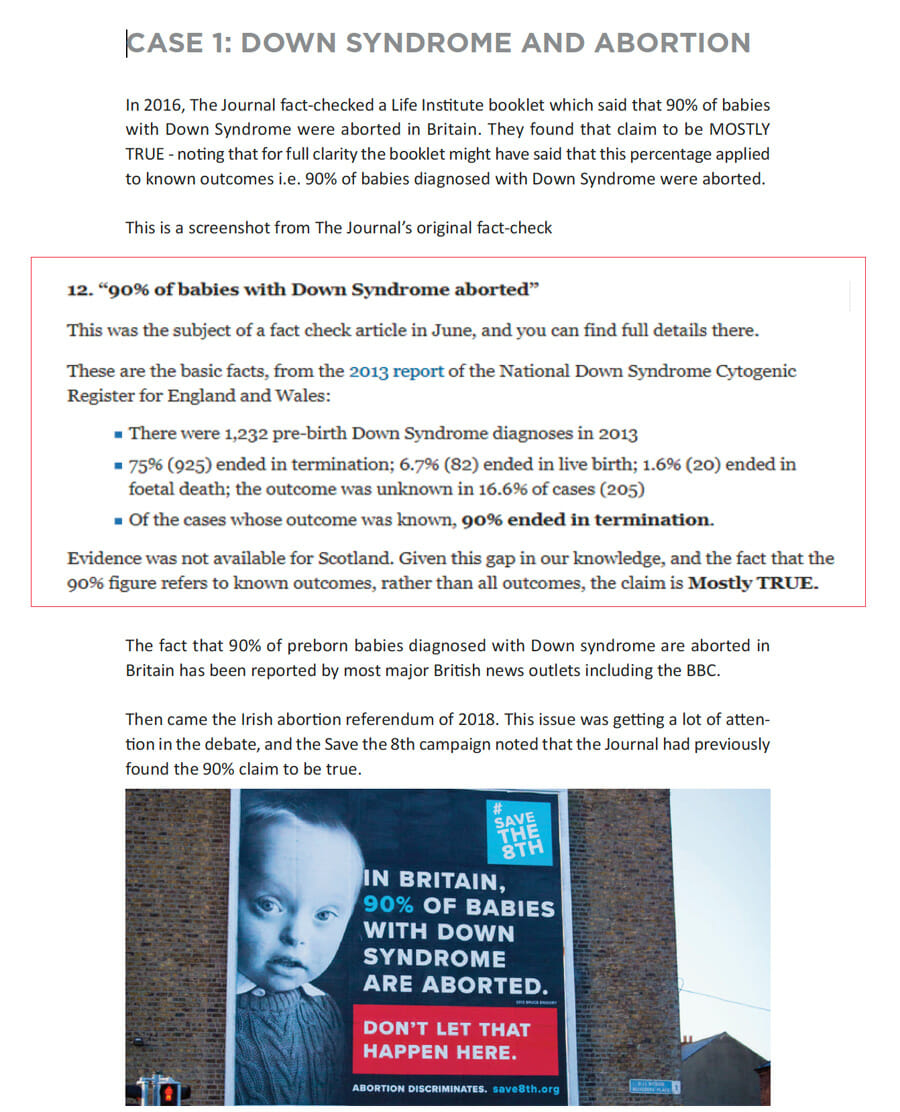 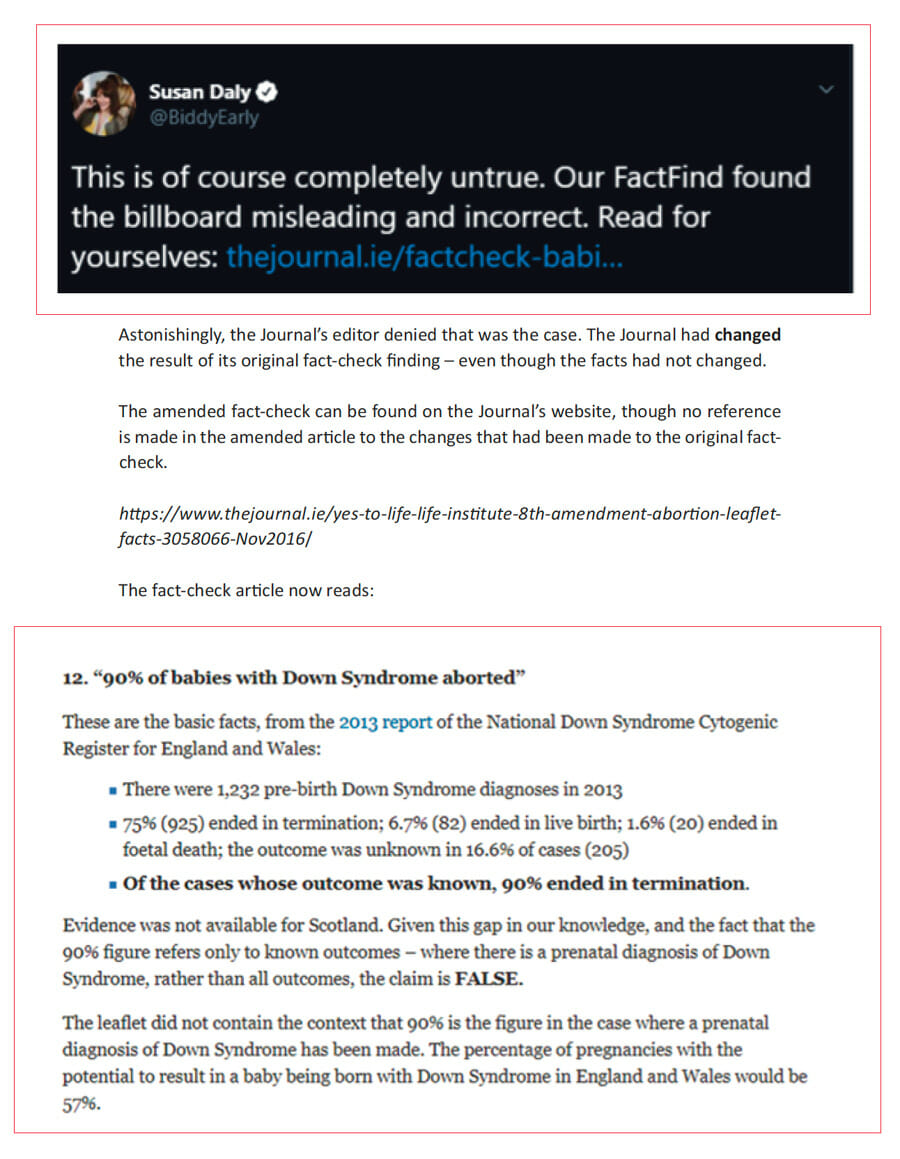 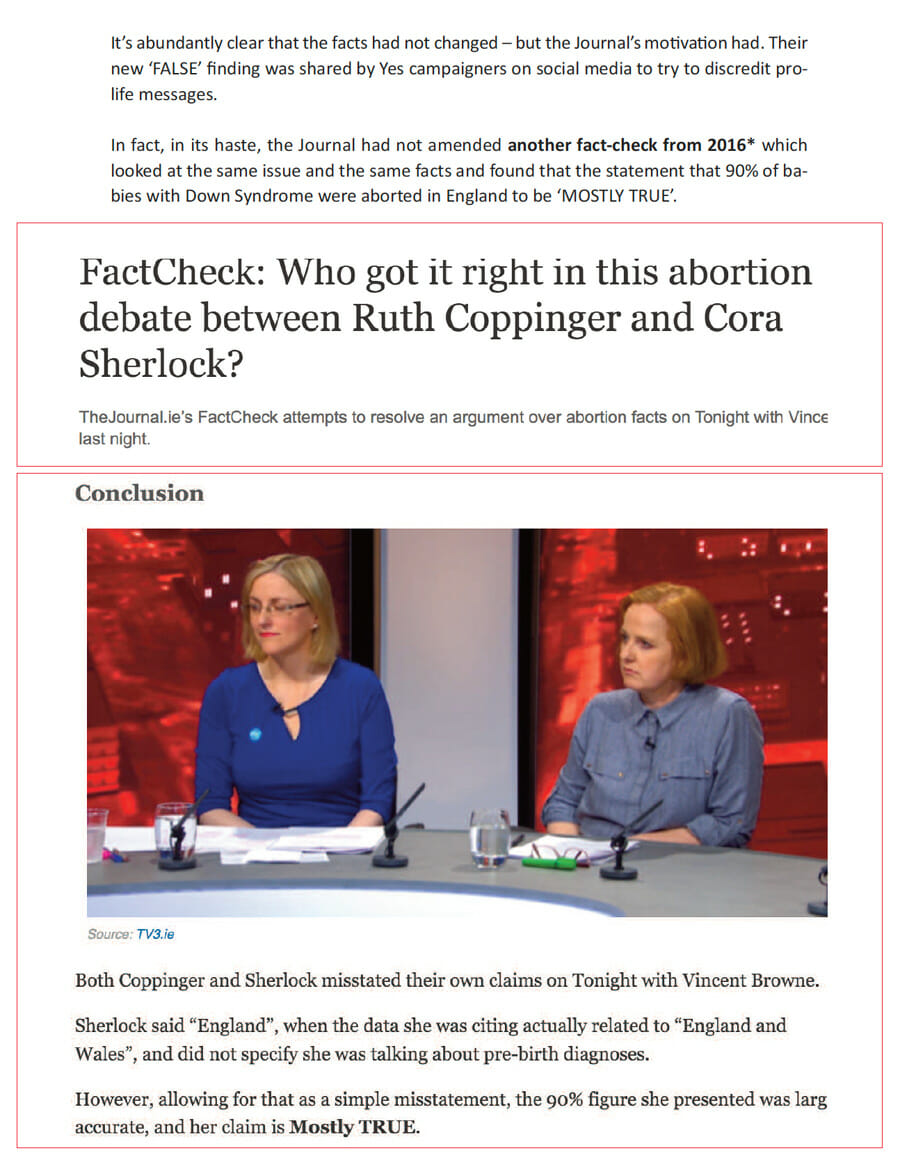 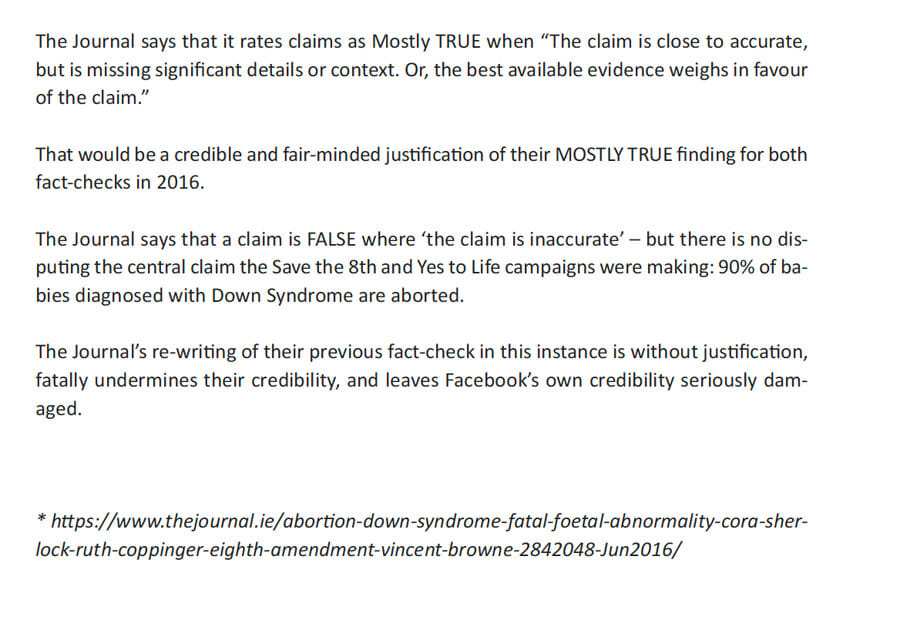