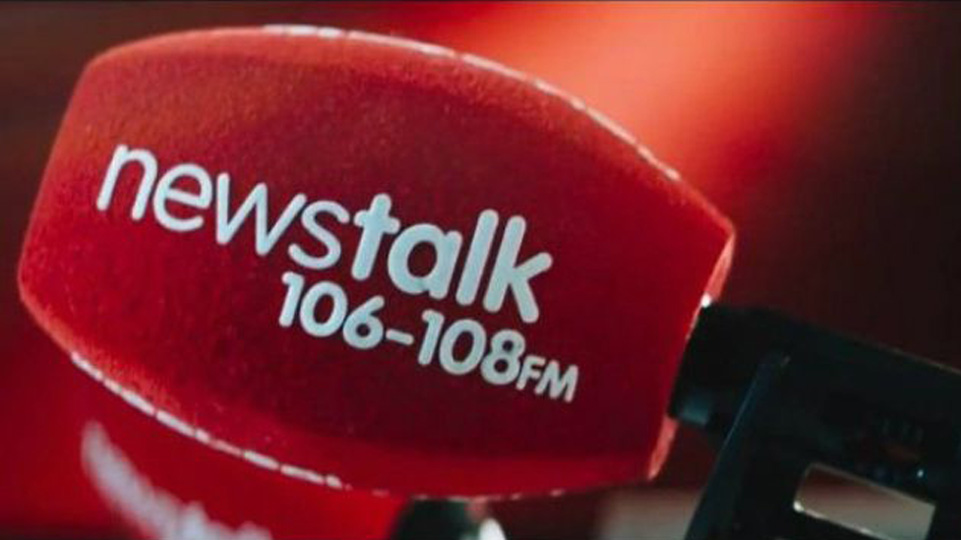 UPDATE, 1.25pm: Newstalk, since this story was published, appear to have re-instated the original interview with Ewan MacKenna in full. This poses several questions that are quite serious: If, for example, the defamation lawyers working for Newstalk had insisted that the section be removed, there would be no reason to re-instate it. The decision to re-instate the section makes this look much more like an editorial decision. In other words, we can be reasonably certain that MacKenna’s interview was censored for political reasons. That’s very worrying. Original story below:

Ewan MacKenna is a sports journalist of some note. In fact, not so long ago, he was awarded the title of “Irish Sports writer of the year”. Having reported on some of the biggest stories in the sporting world over the years, he knows the rules of the game – what can be said, what can’t be said, what constitutes good sourcing, and so on. So, when he went on Newstalk’s Lunchtime Live programme yesterday afternoon to discuss his views on the Irish lockdown, and to compare the situation here to the situation in Portugal, where he now resides, he wasn’t prepared to say anything that he couldn’t back up with facts and figures and proof.

Without mentioning Gript.ie (like that would have killed you, Ewan? – ed), MacKenna made reference to our recent reporting on the internal emails of the ISAG Zero Covid group. Everything that he said was taken from material that we have reported. Here’s what he said:

“This zero covid crowd, the likes of Antony Staines, Aoife McLysaght, Tomas Ryan, Gerry Killeen… they have been given a platform. They, on shows like Newstalk and across Irish media, have been given a platform, and not once, not once, have they been asked about leaked emails, which I’m looking at, and have been proven – I’m a journalist myself – em, they were looking for ways to increase insecurity, anxiety, and uncertainty. They were willing to lie to the Taoiseach over the danger of the B117 variant, they wanted to put those who stood up to them decisively to the sword, they wanted to humiliate and ridicule, and Gerry Killeen in one said “frankly I’d prefer to sort this out with a good hurley and no witnesses”

Now, everything that MacKenna says there is true. Had he said something that was untrue, or defamatory, it would have been incumbent on Newstalk as a broadcaster to remove the clip and not publish it. But that’s not the case here.

Let’s walk through it step by step: Yes, ISAG have had a significant media platform. In fact, members of ISAG have been on the Matt Cooper show, the Last Word, more than thirty times since last November, and been given significant outings on RTE, Virgin Media, and other broadcasters as well.

Yes, it is true that not once (at least on the airwaves) have they been asked about the ISAG email leaks published by Gript.

Yes, it is true that those emails showed Anthony Staines advising his colleagues to look for ways to increase insecurity, anxiety, and uncertainty.

Yes, it is true that ISAG were willing to lie to the Taoiseach about the B117 strain – discussing, in a conversation about a letter they were sending him, how they information they were providing him “may or may not be true”.

Yes, it is true that – in Ewan’s own words – they wanted to put people to the sword, and that Gerry Killeen said that he wanted to sort one critic out with “a good hurley and no witnesses”.

All of the information above is true. And at the time Gript broke these stories, Ewan was one of the first journalists in touch with us to enquire about our sourcing, and the way in which we managed to break the story. Nobody from Newstalk ever made any enquiries.

Nonetheless, even though everything Ewan said in that clip was true, Newstalk have edited it out of the recording made available online. Here’s the video proving it:

Award-winning journalist @EwanMacKenna brings up Gript's #ZeroLeaks on Newstalk, and they edit the section out in the final section on their website.

What is the benign interpretation of this action by Newstalk? It’s usually a good idea, after all, to assume incompetence before conspiracy. My own guess is this: Some producer simply exists in such a media bubble that they hadn’t heard, and were not aware, of the Gript stories about ISAG, and assumed that Ewan MacKenna was making things up, or spreading wild claims, and decided to excise his dangerous wrongspeak on the basis that there was a threat of a libel suit if he was wrong. That would be inexcusable in its own way, but it wouldn’t rise to the level of conspiracy.

But it’s hard to believe. The ISAG story, while it has been studiously ignored by the media, has been widely read by the media. We do keep tabs, here at Gript, on who reads our stories, and we get a lot of traffic from Marconi House in Dublin, where Newstalk and Today FM are situated. Other media outlets reached out to us to cover the story, and at least in one case, a story was submitted to a national newspaper by a journalist, but it never appeared online, or in print.

So if it’s not just basic journalistic incompetence, what explanation are you left with? The blackout of this story looks less and less like bad journalism, and more, and more, like an editorial decision to protect the reputation of ISAG, and the Zero Covid campaign. Let’s hope that’s not what’s happening, because it wouldn’t be journalism, if it was.