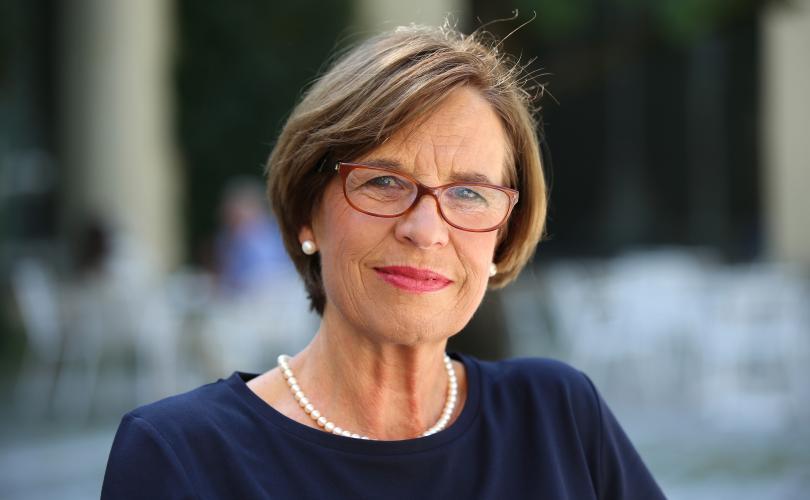 Catholic sociologist and pro-family activist Gabriele Kuby has won a defamation case against a German radio station that broadcast quotes from a play depicting her as hate-preaching, pro-fascist “zombie” who could only be killed with a bullet to the head.

Deutschland Radio was ordered to pay €5,000 in damages to Kuby by Hamburg Higher Regional court after the station repeated forged quotes from the play in which Kuby’s character in seen to laud fascism, saying “what we need above all are…fascists.”

The play’s author and director, LGBT activist Falk Richter, had manipulated the quote from a speech Kuby delivered in 2014, making it appear that she supported a totalitarian state.

The radio station praised the director for exposing “those who stir up fear and preach hatred” by supposedly using the “powerful weapon” of their own words, despite a 2018 Berlin court decision forbidding both the theatre and Richter from repeating the “serious abuse for which there is no basis.”

Kuby, who has been a regular critic of gender ideology and the smearing of people opposed to the LGBT agenda, is portrayed as a ‘hate monger’ in the play, returning from the past as a zombie whose utterances are likened to national socialism. She and other zombies are depicted as Christian fundamentalists, afraid of “alternative models of the family and the acceptance of sexual diversity.”

Kuby’s initial lawsuit in the Berlin court successfully established that she had suffered “character assassination” as a zombie deserving to be killed for her “antiquated” beliefs.

The latest decision by the Hamburg court was welcomed by Kuby, who said the ruling was “good news for me and the rule of law.”

The sociologist had previously claimed Richter’s play, “Fear”, demonstrates “exactly the totalitarian spirit which I always warn of.”

Her latest book “The Global Sexual Revolution – Destruction of Freedom in the Name of Freedom” expands upon that thesis.