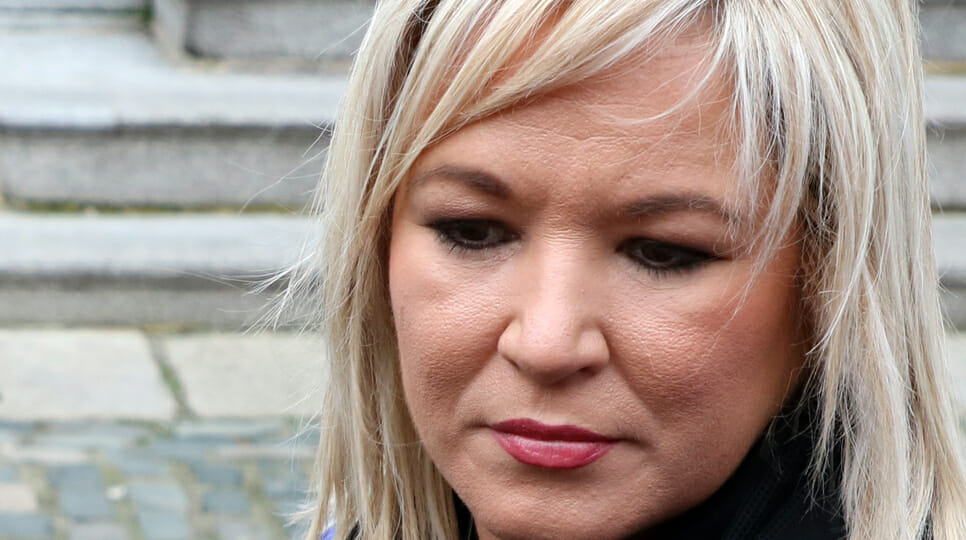 Pro-life groups have welcomed the decision of a Tyrone priest to refuse the use of a church hall for a prominent Sinn Féín meeting.

The party’s Vice President, Michelle O’Neill was to attend the meeting at a hall in St Patrick’s Church in Coalisland, but parish priest Fr Eugene O’Neill intervened to withdraw the use of the church’s property.

Pro-life group Precious Life said that once Fr O’Neill became aware that the meeting was to be held by Sinn Féin,. who she said have “a radical pro-abortion position”, he ensured the hall’s use was withdrawn.

“Fr Eugene O’Neill has stood up for the faithful and strongly reaffirmed Church teaching. He has informed us that he was not aware of this meeting but that he contacted Sinn Fein, who have a radical pro-abortion position, to cancel this meeting as soon as possible, as soon as people responded to our action alert,” spokeswoman Bernadette Smyth said.

She said that Sinn Féin had worked to ensure that abortion was foisted on Northern Ireland by the British Parliament in Westminster, but now wanted to make use of the facilities of the Catholic Church to spread their message.

“We welcome the cancellation of this meeting,” Mrs Smyth said. “We stand in solidarity with Fr. Eugene O’Neill and thank him for having courage in his convictions and taking swift action to ensure this meeting did not go ahead in Church property.”

“The statement released by the Catholic Bishops of Northern Ireland on October 22nd 2019 makes the Church’s position on abortion unequivocal. As the Bishops state, “Abortion is a brutal violation of the precious gift of life. The right to life is not given to us by any law or government. Any human law that removes the right to life is an unjust law and must be resisted by every person, every voter, every political representative. For Catholic politicians this is not only a matter of protecting the human right to life but also a fundamental matter of Catholic faith.”

“Because of the role Sinn Fein played in bringing abortion up to 28 weeks (7 months) into Northern Ireland and their long-running position on abortion, Fr. O’Neill has assured us that he would not entertain the use of Church property for such a meeting. He also asserted that, as a Charity, the Parish is not legally permitted to use Church property for any political activity whatsoever.”