Poll: FG gains on Sinn Fein, for some reason 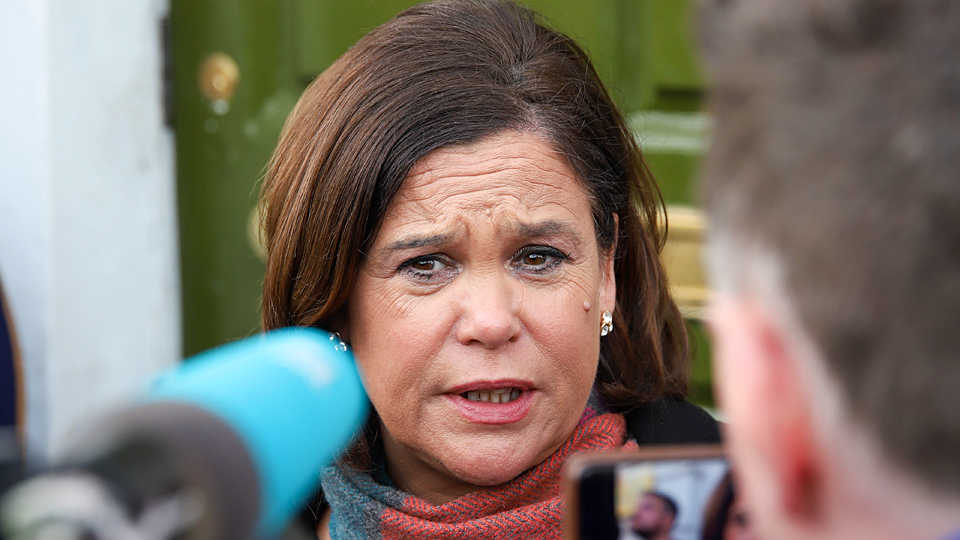 A few caveats here: First, Behaviour and Attitudes has consistently found Sinn Fein support higher, and other party support lower, than other pollsters. That does not mean they are wrong, but it is worth noting. Second, they were not hugely accurate at the last general election, though that also does not mean they are wrong now. They’re just two things worth bearing in mind about these numbers:

What we can say is that even if a poll is not accurate in terms of its overall figures, the trends within a poll should be reliable enough, and are more important anyway. In some ways, it is not that important if Sinn Fein are at 26% or 30%. It is more important to know whether Sinn Fein are gaining, or losing, support. Losing, says B&A.

But losing it to where? Labour are the biggest beneficiaries in this poll, which might have something to do with the extra coverage the party gained from the media’s love-in with Ivana Bacik, and her triumph in Dublin Bay South. They are joined, in rising by two points, by the far left, with People before Profit rising to three per cent. Those moves are just about within the margin of error. Sinn Fein’s fall in support is just outside it.

Could it be that the party is beginning to suffer the problem of sitting so firmly on the fence on the biggest issue of the day? Sinn Fein has, after all, struggled mightily to come up with an alternative, or opposing view, to the Government on the question of continued Covid-19 restrictions. They were, very studiously, neither for nor against the delay to indoor dining. Their opposition to vaccine passports came late in the day and was rather lost in the fact that they were joined by every opposition TD. The Sinn Fein position on lockdowns and restrictions in general seems to be “what the Government is doing, but more competently”.

There is nothing wrong with that in general, of course – Fianna Fáil and Fine Gael have managed to alternate in Government for the most of a century by claiming that they would do most of what the other lot would do, but more competently. The problem for Sinn Fein is that many of their voters – working class, populist people – overlap with the most anti-lockdown voices in the state. Those voters may be noticing that the anti-establishment party they’ve pledged to support is actually mostly in line with the establishment on the single biggest issue affecting their lives.

Indeed, in general, it is becoming increasingly hard to divine what the Sinn Fein policy offer actually is on most issues. This is the party which is the pretender to the Taoiseach’s office, but on issue after issue, it is hard to understand what, exactly, they would do differently. They have clear bright line divides, to be sure, on some issues – but those are the unimportant ones. We know they would take a tougher line on Israel, and a radically different approach to foreign policy in general. We know they would – they say – build more houses. But where is the Sinn Fein offer on crime, and law and order? What would they do radically differently on health? Where is their detailed policy on taxation?

For about 18 months, the party has coasted along taking a generalised anti-establishment position, but without actually articulating a policy alternative to the establishment on any of the major issues of the day. “Build more houses”, by the way, is not a policy. It is a slogan.

It is not a massively long time ago – just two years, in fact – since Sinn Fein were struggling very badly at the 2019 local and European elections, and losing seats hand over fist. Yesterday’s poll is not massively important, in the grand scheme of things, but it is worth reminding ourselves that much of their new support is made up of people with no particular loyalty to the party. The poll, and a bang average result in the aforementioned by-election, should remind us that a Sinn Fein victory at the next election is very far from assured.