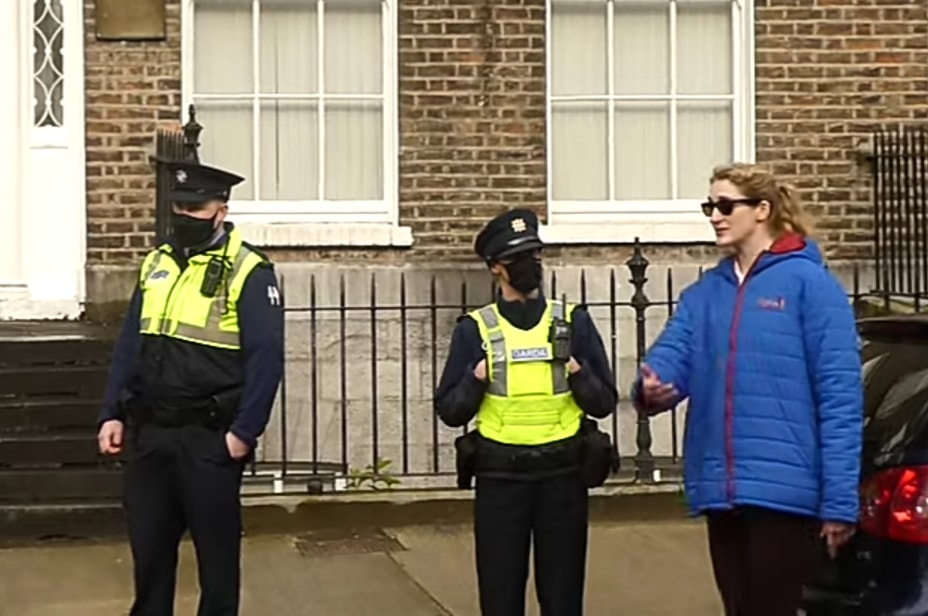 A Limerick councillor has been criticised by local Mass-goers for an allegedly inconsistent approach to public gatherings during the lockdown.

Cllr. Elisa O’Donovan has called the Gardaí on several occasions as Catholics pray outside the Sacred Heart Church in Limerick City centre each Sunday during Mass.

The councillor, originally from England, has been accused of hypocrisy however after she appeared to also attend an illegal gathering of Black Lives Matters supporters last summer, when public gatherings were prohibited.

When contacted by Gript.ie to confirm the allegation that she had attended a prohibited event, and asked whether she considered her now calling the Gardaí on other groups to be inconsistent or hypocritical, Cllr O’Donovan did not reply.

Ms. O’Donovan is a founding member of the Limerick Feminist Network and Limerick Pro Choice.

Now an independent councillor, she resigned from the Social Democrats party in 2020 after being elected to Limerick City and County Council in 2018.

O’Donovan repeatedly defended her actions at the Sacred Heart Church as Catholics there prayed the rosary, claiming she was representing concerned constituents by calling the Gardaí.

Other than taking names, Gardaí attending the scene did not appear to take issue with the Sunday prayers in videos seen by Gript.ie.

One man who prays outside the church told Gript.ie “that Cllr O’Donovan’s actions are regrettable but that people hold no ill-will towards her and are praying for her.”

As a public rep I felt it was very important to show support and solidarity with the Black Lives Matter movement today in Limerick. I was blown away at the strong, articulate young people whom spoke about their experiences of racism in our city 😢 Now is the time for equality 💪 pic.twitter.com/VaCB9Rdqct

Leaving Cert language students to get 100% in cancelled oral exams