There are very few people in life who have not, at some point or other, made a terrible mistake.

When you take a vow of marriage, you pledge solemnly, either before God, or before the whole community, represented by the State, that you will bind your life to that of your spouse for eternity. For richer, for poorer; for better, for worse; in sickness, and in health; all the days of your life. Finding out after you have uttered those words that your spouse and you are fundamentally incompatible must be one of the most difficult things a person can experience. Divorce is not a happy experience for anybody who goes through it. People whose marriage breaks down deserve the sympathy and compassion of every person, because it’s not a trauma a wise person would willingly volunteer to endure.

When Philip Schofield announced this morning that after 27 years of marriage to his wife, he was now ready to come out as a gay man, the outpouring of sympathy for him was both human, and understandable. It was also commendable. We live in a society that is willing to accept people for who they are, and that does not scorn them for their unhappiness, or condemn them for their refusal to live a lie. These are good things. But Philip Schofield is not the victim in this story. How could he be?

After 27 years, Schofield is free to be the person who, he says, he always has been. He is free to start a new life, to remake himself in the image of himself that has, presumably always, lived inside his own mind. He will be feted and cheered, and called brave, and inspiring. It will be a strange form of victimhood, this celebration of bravery and liberation.

For three other people, however, this morning marks the beginning of something entirely different. For Schofield’s wife, there is the coming to terms with the fact that the man she fell romantically in love with was never really capable of romantic love towards her in return. He is a gay man; she is a woman. He may have loved her, and indeed, he probably still loves her, as she loves him.

But he never truly desired her, as she desired him.

All breakups are painful, but breaking up because you did not see something, or did not know something, about your partner are worse again still.

For Schofield’s daughters, their father was never really the man they understood him, at a fundamental level, to be. That is no comment on his character, or his love for them, which is doubtless genuine and tender, but the fact remains that he has been hiding a fundamental secret about himself from his children for all of their lives. That will take some coming to terms with, as will the undoubted grief of their mother.

None of this is to condemn Schofield for who he is, or what he feels, or what he thinks he must now do. He has decided that his own well-being can no longer sustain the stress of lying to himself, and everybody else, as he has been doing for over a quarter of a century. It is not his homosexuality that risks causing pain to others, or that we should disapprove of; it is the fact that by keeping it secret for so long, he has exposed the people he loves to much pain and confusion.

He is not the first person to inflict such pain on his own family. Just last year, The Guardian reported the stories of other women who had lived through what Schofield’s wife is coming to terms with this morning. It’s worth quoting that piece extensively:

Steven, Megan’s husband, had been a high-flying, jet-setting schmoozer who rose from a socially conservative family in Sydney’s western suburbs to be a financial director on a seven-figure salary.

He first met Megan, his second wife, when she was 22 and he was 26. After their first date, he sent four dozen roses to her work. “It was OTT but I was swept away,” Megan says. “I grew up with real Aussie blokes – this was something I’d never experienced.”

After their wedding, when the couple were living in Hong Kong for work, Steven pushed her to have a baby, even though she wasn’t entirely happy in the relationship. Never once did she suspect he was gay. “We had a pretty normal healthy sex life, it’s not like it was once a year. If I had a dollar for everyone who asked: are you sure you didn’t know?” she says, sighing.

Eight weeks after their daughter Lucy was born, the relationship nosedived. “I thought he was having an affair, and created a big fight to get it out of him,” she says. “Finally he said, ‘I’m not attracted to you, I have some feelings towards men. I’m not gay but really confused and I think I need you to move back to Australia so I can work myself out.’”

Through tears, Megan describes her world collapsing. “I was a woman deranged,” she says. “I was devastated, yet somehow also relieved the problem wasn’t me, as he’d often made me feel.”

On the plane home, she took stock. “In 24 hours I lost my husband, marriage, home, friends, support group, career. And I had an eight-week-old baby.”

She later discovered her husband was on a flight the next day to the Caribbean with his male lover. “He was a pathological liar,” Megan says. “I was so angry – I could understand how a woman could kill her husband.”….

….When a married man comes out later in life, positive reactions can be heartening. Rainbow garlands are unfurled. People applaud his bravery. They empathise with his struggle. They marvel at how he came through it and celebrate that he can finally be himself. They express gratitude we live in more enlightened times.

Often entirely missing from this narrative is the woman’s voice.

She has had to face her marriage breakdown and potential infidelity and wrestle with feelings that her relationship was a sham. Then there’s the judgment of others who, sometimes openly, say surely she must have suspected – how naive can a person be? Occasionally she is blamed for being the person holding the man back from who he truly is or wants to be.”

If Schofield had announced this morning that he had been having an extra-marital affair with another woman, it is worth asking whether he would now be being feted for his honesty and bravery to the same extent that he is. Very few of his excuses would differ in those circumstances. After 27 years, he would simply have realised that his wife was no longer the person he desired, and that he could no longer go on, living a lie. He would have discovered something new about himself. He would have had (the genuine) bravery to admit it and reveal it to the world. But our reactions would be different, and our sympathies would lie elsewhere.

It is good that we live in a society where gay people are no longer persecuted, or forced into the closet, and where a revelation of homosexuality is met with compassion, not scorn. But that doesn’t change the fact that such a revelation will traumatise those to whom you have pledged your life and love in perpetuity, or lessen their pain, or their suffering.

Philip Schofield is a gay man. Good for him. But he is not the victim in this story. He wasn’t the victim for the past 27 years. He always knew who he was – and it was not himself who he was lying to. 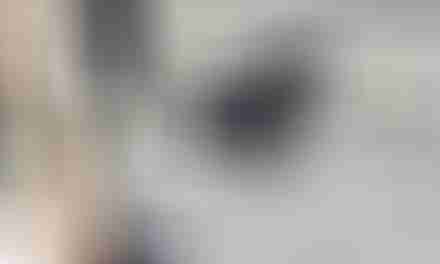 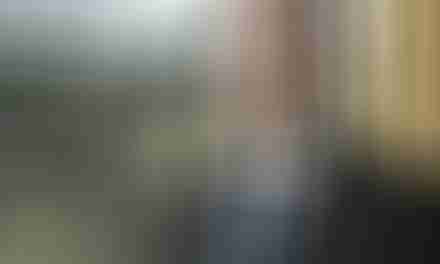