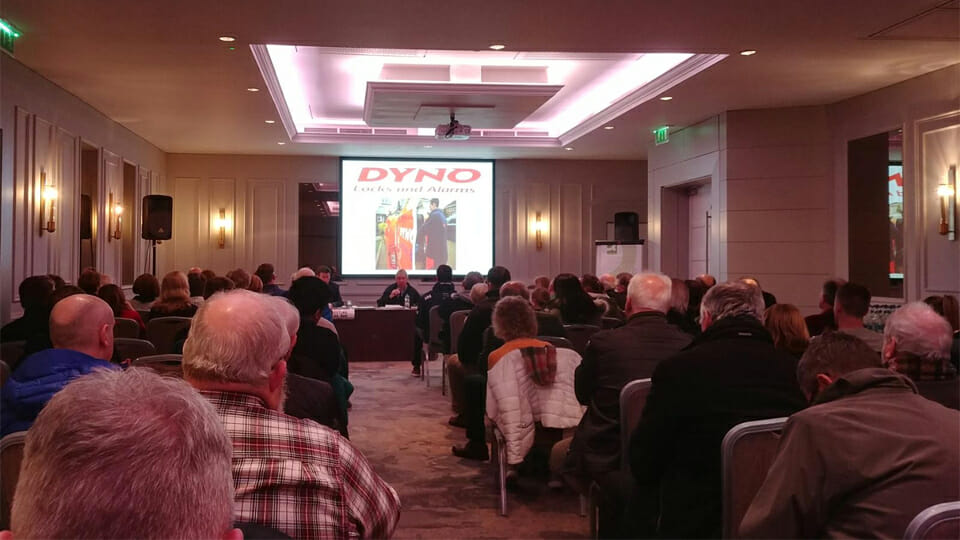 “We’ve one Garda station for an area the size of Limerick,” Edward McManus of Aontú told over a hundred residents of the Dublin suburb of Castleknock who turned out to attend the latest in a series of public meetings on tackling crime in the area.  Describing the current bail laws as a ‘joke’ and calling for the opening of a new Garda Station in the area, MacManus said that the people of the locality are not being served well.

“This meeting ,like all the others I have organised to try and find solutions to crime in our locality is packed, and reflects ordinary people’s real concerns”, he told Gript News.

“People are genuinely afraid. There has been a spate of break ins and there is a veryreal fear that Gardai are just ‘firefighting’ as the point was made that the population of the area is now over 100,000, and is expected to reach nearly 200,000 within the next 10 years”,” he said.

“Blanchardstown is unable to cope as it is, without adding up to a 100,000 extra residents. Another Garda Station will be needed”.

“People are complaining that they can’t get through on the phone to Blanchardstown Garda Station, and if they go in person, often there are 10/12 members of the public waiting for ages while one Garda attempts to deal with them. This station is simply not able to cope. There is one dedicated Garda car to serve the whole area on Sundays, this can’t be allowed to continue”.

“I have great respect for the Gardai, they are trying their best but they are not getting the back up they need and deserve. The question that has to be asked is what is Leo Varadkar doing about this situation, given that Castleknock is in his own back yard?. It is truly astonishing”.“Community policing is at a minimum level compared to years ago with no sign of improvement”.

Jim Jackman, one of the main people behind Neighbourhood Watch in the area, outlined the history and development of the Neighbourhood Watch WhatsApp groups in the Castleknock area, explaining to the meeting that much of the greater Castleknock area is now covered. He explained how different co-ordinators are nominated for different areas.  Each has his or her own WhatsApp group consisting of local residents who have asked to join. Local residents post security issues, and the co-coordinator ,where appropriate, will feed this to the Gardaí or share it with other areas.

The meeting also heard from Barry Lynch of ‘Dynolock’ who shared tips on home security and the issues that people need to be aware of in a bid to keep intruders at bay.

Bishop warns of new culture trying to undo meaning of personhood, the family