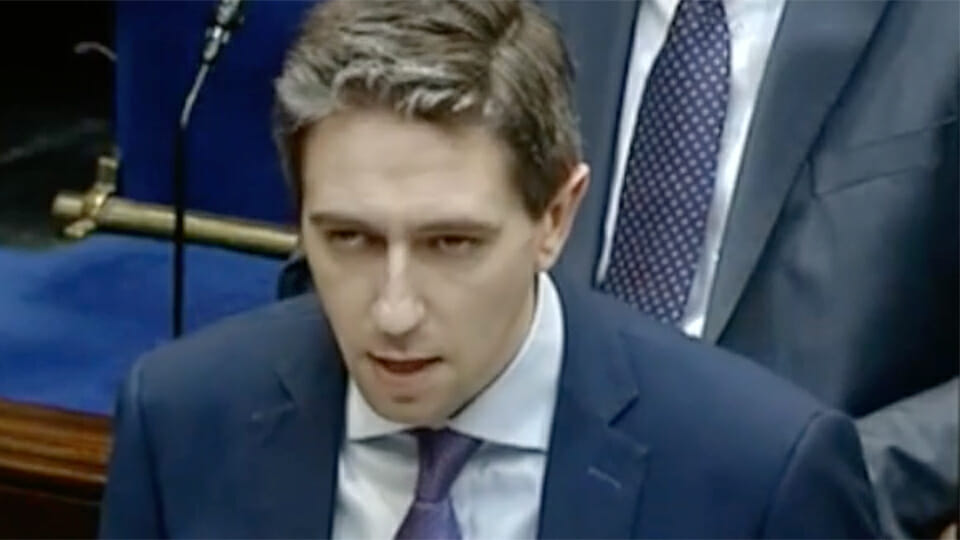 The government is not even pretending to care about women’s safety any more.

When Simon Harris had an abortion referendum to sell, voters were told repeatedly that the safety of women in pregnancy was a top priority.

We were reminded that after the tragic death of Savita Halappanavar from sepsis, Leo Varadkar had set up the National Maternity Strategy group which was tasked with the vitally important business of developing standards and processes to make sure that cases like Savita’s did not occur again.

To emphasise the importance of the National Maternity Strategy, Varadkar said funding for the group would be ring-fenced. Sepsis is a leading cause of maternal death in the UK, though both Varadkar and Harris sought to ignore the role of sepsis in Ms Halappanavar’s death during the abortion debate, as that didn’t fit their narrative supporting legalised abortion.

So the 8th was repealed and abortion on demand legalised – and we very quickly saw the government’s much-hyped concern about preserving women’s lives dissipate.

In May last year, came the shocking revelation that funding for the National Maternity Strategy had been cut –  because Simon Harris wanted that money to pay for abortions.

At the time, Róisín Molloy, a patient representative on the Strategy steering group said  “the money that had been intended to go on the maternity strategy was effectively being spent on abortion services since January of this year”.

Now one of just two patient advocates – citizens asked to take part in the HSE board to represent patients – has resigned because the of the under-funding of the national maternity strategy.

Mark Molloy told The Irish Times he felt he could no longer be part of board decisions “that were serving to erode the integrity of the work he and his wife Róisín Molloy were doing on behalf of patients.”

The Molloys’ son, also Mark, was one of a number of babies who died unnecessarily as a result of failings at Portlaoise hospital, and they have campaigned since for greater accountability and patient representation in the health service. At the weekend, they marked what would have been Mark’s eighth birthday.

Asked what board decisions he was referring to, Mr Molloy referenced the HSE service plan, published last month.

He said he was unable to sign off on the plan as it was providing only a fraction of the funding originally promised for the national maternity strategy. “Medical negligence claims are going through the roof, and most of them are obstetric. And yet the plan could only fund a fraction – 12 per cent – of the €8 million a year that was promised for the strategy.”

The plan, which aimed to develop quality, safe, consistent and well-resourced care in the State’s 19 maternity units, was developed in response to official recommendations following the death of Savita Halappanavar  in a Galway hospital in 2012. Many of its 77 recommendations have yet to be fully implemented.

Launched by Mr Varadkar when he was minister for health in 2016, the 10-year maternity strategy was originally provided with ringfenced funding but most of this money was diverted last year to pay for the new abortion service.

As I previously wrote on this subject: the Government is taking money away from a vitally important strategy to ensure women do not die in pregnancy – and giving it to funding abortion. There is no clearer way of showing that their priorities do not lie with protecting women, but simply with ending the lives of preborn babies.

The lack of funding for maternal health care has had deadly consequences.

Last year, Marie Downey, who had just given birth to her baby son Darragh, died after suffering a severe epileptic seizure in Cork University Maternity hospital. Baby Darragh, who also died after being trapped on the floor when his mother fell, was buried in her arms. Just three nurses were on duty on the ward that night, caring for 31 patients.

Prior to that tragedy, another mother, Karen McEvoy from Kildare, died of sepsis after giving birth to a baby girl in the Coombe maternity hospital.

Yet Simon Harris took money away from the strategy group tasked with ensuring women do not die around pregnancy and childbirth – in order to fund abortion.

The media and Harris’s cheerleaders in the National Women’s Council are mostly ignoring this appalling decision to play fast and loose with women’s lives. Abortion is legal now, and the safety of women in pregnancy no longer matters, it seems.

Women need to wake up and realise that they have been horribly manipulated and deceived – or we will go on paying the cost of this government’s failures with our lives.