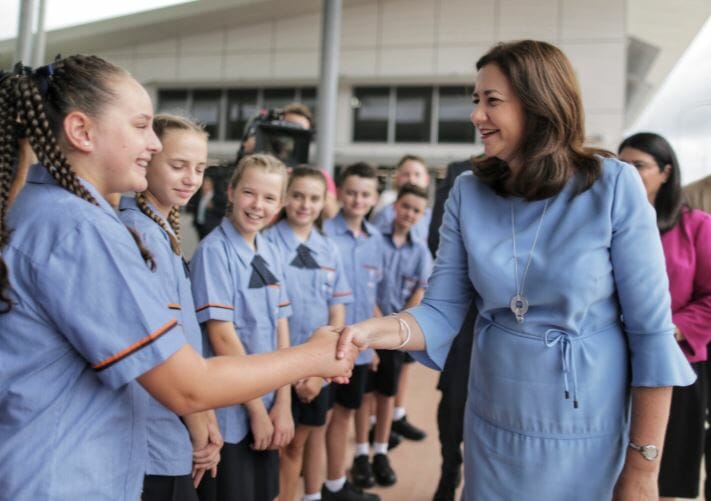 Students at Fortitude Valley State Secondary College, which is due to open on January 28, will now be given gender specific toilets at the $80 million campus, Brisbane’s first inner city school to be built in over fifty years.

Parents had been informed that students would use self-contained gender-neutral cubicles and shared basins, with the only male and female toilets being located in the gym’s changing room, but a significant backlash ensued.

Many parents slammed that decision as “ridiculous”, pointing out the apparent dangers of sharing toilets.

“We already know some really bad things happen to kids in bathroom areas of schools – bullying, sexting, kids recording on mobiles, these things already go on when they’re just within their own sex, and then you’re adding in an extra element,” education expert and mum Michelle Mitchell told The Sunday Mail.

“Being a teenager is a really big time of change, for boys and for girls, and kids have a right to feel safe.”

One concerned mother said there was “no way” her children would attend a school with unisex toilets.

“Especially being the mother of girls, not that it’s just girls sexually abused, then there is bullying and underage sex. Our schools really aren’t safe environments anymore,” she said.

The Department of Education initially defended the plans for gender neutral toilets as meeting “contemporary design standards in relation to accessibility, inclusivity, privacy and safety”, but Opposition education spokesman Jarrod Bleijie was quick to brand the decision as a “recipe for disaster.”

“How about instead of this PC rubbish the government spend more time helping our teachers with workload issues, aircon our schools, declutter the curriculum, fix the school maintenance backlogs and better support our teachers in regional and remote Queensland. Labor have its priorities all wrong”, he said.

The intervention of the Queensland premier proved decisive however, with Education Minister Grace Grace then announcing “all necessary arrangements” had been made to reflect the reversed decision.

Oops: Nurse passes out on air after getting Covid vaccine