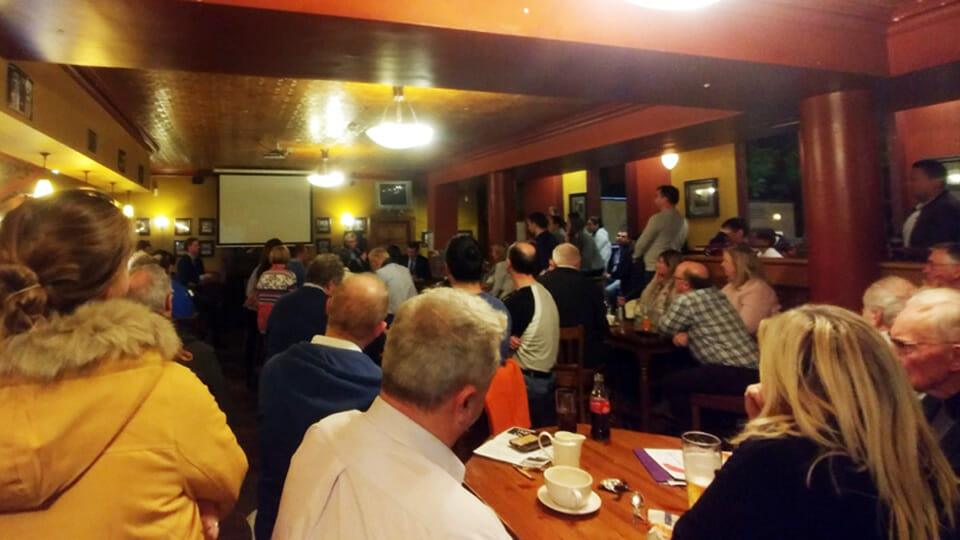 More than 100 parents attended a meeting held by Aontú’s Edward McManus in Blanchardstown last night where proposals to introduce explicit sex-education to young children were described as a breach of parental trust and “deeply shocking and sexually inappropriate”.

Parents at the meeting expressed anger and concern that the changes were being presented by government bodies as a response to demand from parents when that was clearly not the case.

“We’ve heard nothing about this, the teachers in the school have heard nothing about this, and yet the NCCA are insisting on their website that parents are looking for these changes. It seems like a manufactured demand to me, to be honest, and clearly there’s an agenda behind this that doesn’t respect us as parents or respect our values,” James Whelan who lives in Blanchardstown told Gript News.

The National Council for Curriculum and Assessment (NCCA) is driving changes to the curriculum both in primary and secondary school. While primary school children are currently taught Stay Safe programs, focusing on biology and safety, it is being proposed that primary schools as well as secondary schools must now teach more explicit sex education. The NCCA says that the changes are being driven by responses from parents, teachers and students.

However, Edward McManus said Aontú had distributed almost 20,000 leaflets on the new sex-ed proposals, covering all the schools as well as many housing estates, and the response from parents was almost universal. “They are telling us that no-one consulted them, no-one asked them, there was no email from the school asking parents to take a survey – and Aontú is hearing this response around the country,” he said. “There has been no genuine consultation about very radical changes and parents are very upset about that.”

Mr McManus said that at least one teacher attending the meeting was a SPHE educator with responsibility in this area, and she had not been consulted about what would be included in the changes. “In fact, several parents told me that when they enquired at their school, the school told them that there were no planned changes in the pipelines, so naturally when media reports break or they see the NCCA presenting findings as a done deal they are very concerned.”

The Aontú candidate said that significant numbers of families who have recently come to Ireland were represented at the meeting and they were upset and concerned that their values and their faith would not be represented in the new curriculum.

“And why tell a young child that they might not really be a boy or a girl. This is very disturbing, and I feel that its a huge breach of trust. Most parents would be very uncomfortable with this being taught in schools, and the feeling that its been planned and pushed behind our backs is very upsetting to be honest,” the local mum said.

The NCCA and the Minister for Education both say that the new course will be mandatory and that schools will not be allowed to opt out because of their ethos. Ruth Coppinger, TD for the area, has targeted Catholic schools in particular in pushing for a radical revamp of sex-education where it will be taught that abortion is ‘healthcare.’

However, Edward McManus urged parents to get organised and make their voices heard. He reminded parents that a NCCA’s survey can be completed until close of business, Friday October 25th.