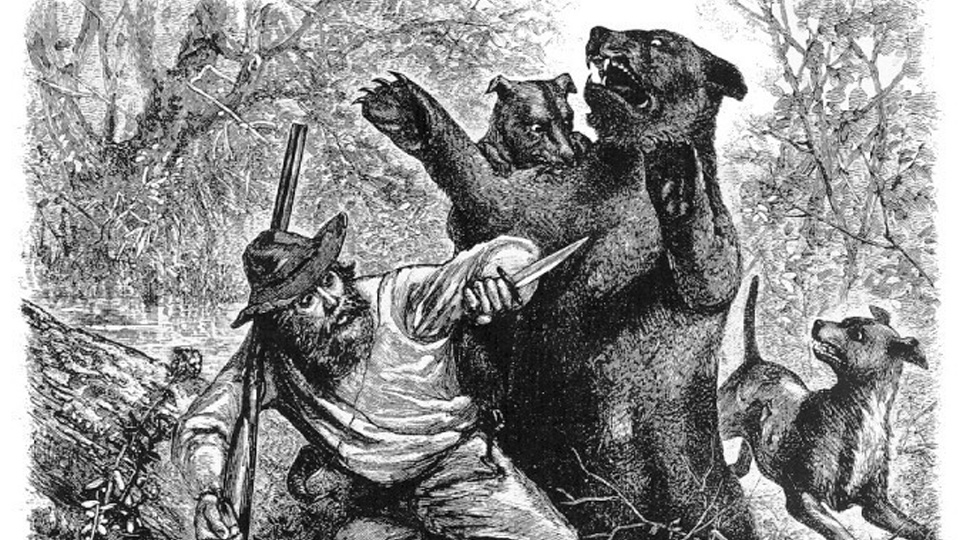 Several interesting things happened on August 25th. Most prominently, the date saw the liberation of Paris by the Allies in 1944. But that tale pales into insignificance beside the story of Hugh Glass and the Grizzly Bear.

Hugh Glass was an American frontiersman, who lived most of his life in that lawless wilderness of the American west, trading between the as-yet unconquered American Indian tribes, and the settlements of the American interior. He spent his life hunting, fighting, and trading in furs, metals, wood, and the rest of it, living the kind of life that is simply unimaginable today.

Glass and his comrades had responded to a call by General William Ashley for a party of 100 men to “ascend the Missouri river”, seeking furs and trading opportunities with the native americans. On august 25th, Glass was part of a foraging party near the forks of the Grand River in South Dakota when they disturbed a Grizzly Bear mother with two cubs. Sadly for the bear, she did not survive the encounter, but she left her mark on Glass. His leg was broken, and he had wounds on his back that exposed his ribs. So badly injured was he that his colleagues thought him sure to die.

Two men were left to wait with him until he expired, but they betrayed him. Assuming that he would never wake up, they took his guns, and his food, and left him with nothing more than the skin of the poor dead bear, which they had intended to bury him in.

There was only one problem: Glass was not dead.

He awoke to find himself alone in the wilderness, with no food, and only the bear skin for shelter, and a broken leg.

He was 200 miles from the nearest human settlement.

Nonetheless, over the next six weeks, Glass crawled home. He managed to set his leg using a branch, and allowed maggots to eat the flesh from his wounds to prevent infection. He crawled for miles each day, living only on berries.

As if that were not enough, no sooner had he made it back to civilisation than he set out again, to find the men who had abandoned him and to avenge himself. In the end, he found them, but let them live, recovering only his rifle and $300 in compensation.

Glass’s story lives on in legend, but it does not have a happy ending. Ten years later, he was killed on the Yellowstone River in an attack by the Akira tribe. Legend has it that the warrior who killed him was called “Orphan bear”.

ON THIS DAY: 4 OCTOBER 1883: Orient Express on its first journey