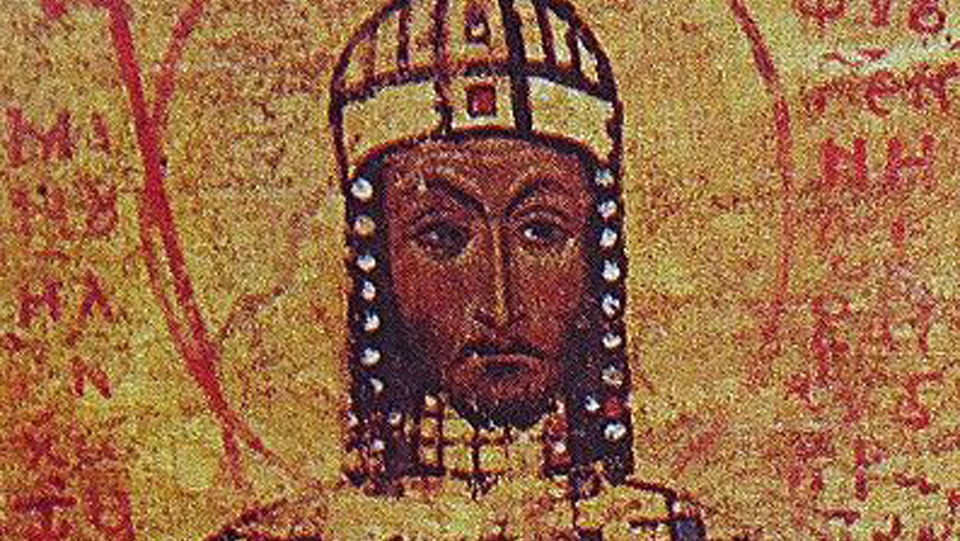 Manuel I Komnemos of the Byzantine Empire, also known as “Manuel the Great”, breathed his last on this day, September 24th, 1180.

He was the last of the great Byzantine Emperors, and with his death, the Empire began to fall into ruin and decay.

Manuel was the third son of his father, John II. On his deathbed, John chose him to be his successor, ahead of his older brother Isaac. He was with his father as he died, in Cicilia, far from Constantinople, and immediately sent word to the capital to have his brother arrested, so that he could not claim the crown for himself. As soon as he was crowned, he released Isaac.

The Byzantine Empire that Manuel inherited was in a pitiful state. Over the previous few hundred years, it had successively lost control of Egypt, Syria, and much of Turkey to Muslim invaders. And Italy, long a stronghold, had fallen to Norman invaders, who pledged loyalty to the Pope.

Manuel was also faced with a new challenge: The Catholic Crusader states established in Syria and Jerusalem. One of these, the Duchy of Antioch, was particularly aggressive, and, in 1156, it invaded and sacked Cyprus.

Manuel’s response was to crush Antioch by force – a decision that earned him a lasting reputation as a formidable foe, and brought the Crusader states back under effective Byzantine control.

Over the thirty years of his reign, Manuel extended the frontiers of the Empire well into Europe, bringing most of the Balkans directly under the control of Constantinople. He was unsuccessful with efforts to re-take Egypt and Italy, however.

When he died on September 24th, 1180, Byzantium was one of the great powers in the world. It was rich, strong, and respected:

John Phokas, a soldier who fought in Manuel’s army, characterised him some years later as the “world saving” and glorious emperor. Manuel would be remembered in France, Italy, and the Crusader states as the most powerful sovereign in the world. A Genoese analyst noted that with the passing of “Lord Manuel of divine memory, the most blessed emperor of Constantinople … all Christendom incurred great ruin and detriment.” William of Tyre called Manuel “a wise and discreet prince of great magnificence, worthy of praise in every respect”, “a great-souled man of incomparable energy”, whose “memory will ever be held in benediction.” Manuel was further extolled by Robert of Clari as “a right worthy man, […] and richest of all the Christians who ever were, and the most bountiful.”

Unfortunately, Manuel’s sons are remembered less fondly. Coming to the throne as mere children, their accession led to a series of civil wars that weakened the Empire fatally. In 1453, Constantinople fell to the Turks, and the Empire ceased to exist.