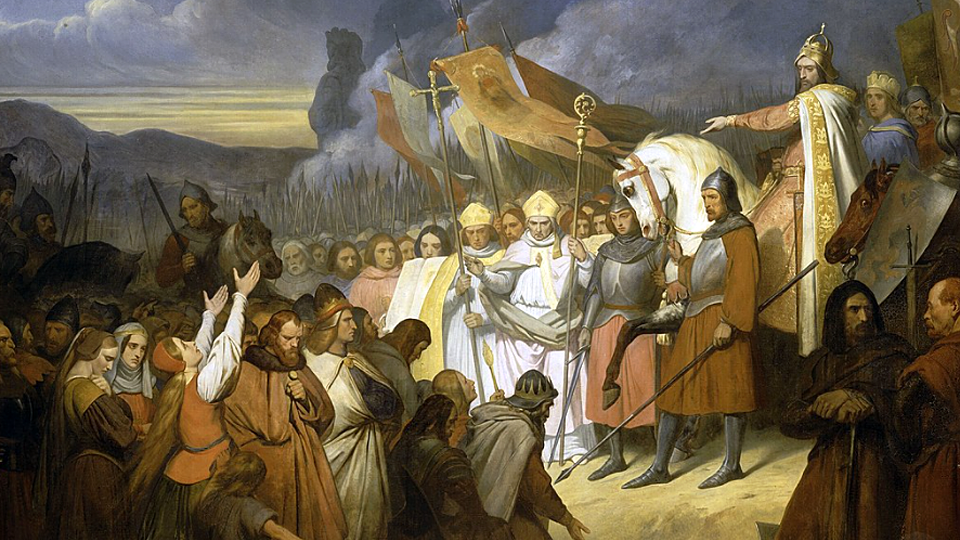 Charles the Great, known to history as Charlemagne, was crowned King of the Franks on this day, October 9th, 768AD.

As King, he would go on, over the next 32 years, to unite most of Europe, and found the Holy Roman Empire.

Successive wars brought the Kingdom of Lombardy (modern Italy) under his control, and then expanded the Frankish Kingdom to the borders of modern day spain, and most of western Germany.

He conquered the pagan Saxons, and, controversially, burned the ancient oak tree at Paderborn, which was the holiest of the Saxon religious sites.

In one day, in 782, he executed 4,500 Saxon pagans at Verden, in modern day Germany, and instituted the Capitulatio de partibus Saxoniae, which made refusal to convert to Catholicism punishable by death.

He went on to conquer Bavaria, and large chunks of land from the Slavs.

In 800AD, he was crowned Holy Roman Emperor.

In 1165, he was canonised, and made a saint. However, this was done for political reasons, and the Church today, perhaps understandably, does not recognise his sainthood.

Charlemagne did more than perhaps anybody to make Europe permanently Christian. His methods, however, do not necessarily reflect well on him.