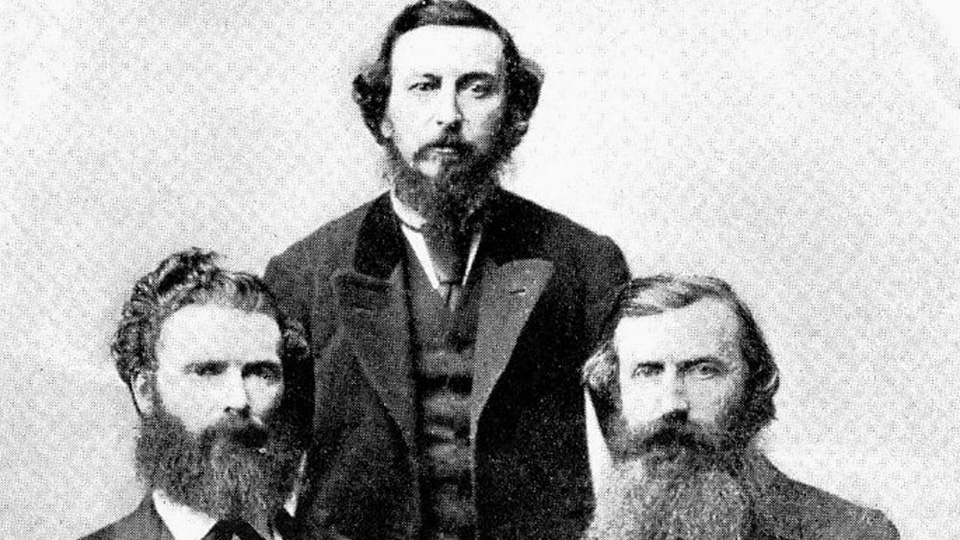 Thomas Clarke Luby was an Irish revolutionary, author, journalist and one of the founding members of the Irish Republican Brotherhood.

He was a member of Daniel O’Connell Repeal Association whose aim was to repeal the 1801 Act of Union between Great Britain and Ireland. He parted company with O’Connell after the repeal campaign failed, having come to the realization that force was the only way to achieve a meaningful measure of freedom for Ireland.

He joined the Young Ireland movement and, together with James Fintan Lalor and John O’Leary organized the 1849 Young Ireland Rising at Cappoquin, Co. Waterford. When the Rising failed he was imprisoned in Dublin from where he escaped to Australia.

In March of 1858, Luby, together with James Stephens, James Denieffe, Garrett O’Shaughnessy and Peter Langan founded the Irish Republican Brotherhood (IRB) in a timber yard in Dublin with the avowed purpose of overthrowing British rule in Ireland and establishing an Irish Republic. Members of the organization were known as “Fenians”, named after the legendary Irish warriors called the Fianna. Luby and Denieffe traveled the country organizing military groups called ‘circles’. Mainstream support came from the peasantry who, despite their poverty, were highly idealistic and patriotic. At the time of the 1867 rising the membership of the IRB was estimated at over 80,000.

In September of 1865 the British arrested several Fenian leaders including staff members of the organization’s newspaper the Irish People. Luby, together with the others, was charged with Treason-Felony and sentenced to twenty years of imprisonment.

After serving five years of his sentence in England, first in Pentonville and later in Portland, Luby was released in the British government’s general amnesty of 1871, but was compelled to remain away from Ireland till the expiration of his sentence. He settled in New York where he became active in Clann na Gael and the Irish Confederation, raising funds and promoting the cause of Irish freedom.