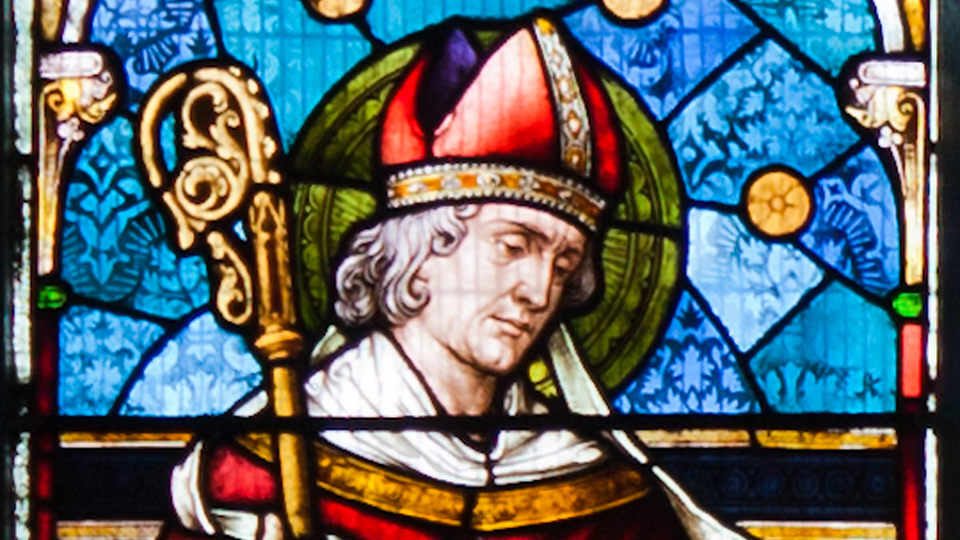 St. Colmán is referenced and presented in many different sources such as the Irish Annals, geneologies and martyrologies.

Born around 530 AD, he is associated through Irish genealogy, with the leading ruling dynasty of Munster of the time, with the Éoganachta, centred in Cashel from the 6th – 10th centuries.

Colmán is remembered as the founder of the monastery at Cluain Uama, now Cloyne, Co. Cork and to have founded a monastery at what would become Killagha Abbey in Co. Kerry. Colman was given churches in Erry and Killenaule near Cashel by Coirpre Cromm mac Crimthainn, King of Munster as well as the above mentioned lands in Cloyne.

Many places in Cork, Limerick, in particular, and the province of Munster bear his name. The 10th century Triads describe Cloyne as an important law school. It is reported that he also established a school of poetry in the same place.

Poetry, song, music, art and education were considered very important in Gaelic culture. The Gaelic Poet had a very prestigious position in Irish society. He / she wasn’t just composing poems, but was the guardian of the geneology and the histories of the families and of the wider clan. The file, bard, or harpist was essential in every family, and was educated to a high level (12 years in total) specifically with regard to the family they represented and also with a wider knowledge of Irish, world history, culture and language

Colmán was credited with extraordinary poetic powers and it earned him the name of ‘Royal Poet of Munster’. Several of his Gaelic poems survived notably a metrical panegyric on Saint Brendan.

As a member of the class of filí, he became attached to the court of Cashel where he remained until the age of 48 years. He went to the school of Saint Iarlaithe of Tuam and then on to preaching to the population of East Cork. He was described as a “religious and holy presbyter, who afterwards became a famous bishop” He is said to have baptized the child who would become Naomh Declán, the Déise saint who founded the monastery in Ardmore in the 6th century.

His surviving verses date from the period 565 and 604, and are among the earliest examples of Irish writing in the Latin alphabet. He is commonly thought to have composed Luin oc laib, a poem in praise of Domnall mac Muirchertaig, King of Tara and another poem on the death of Áed Sláine (d. 604), King of the UÍ Néill.

He died on 24 November circa 600, and is the patron Saint of the Diocese of Cloyne and of its cathedral in Cóbh.

100 years ago: The Burning of Cork by the Tans made world news