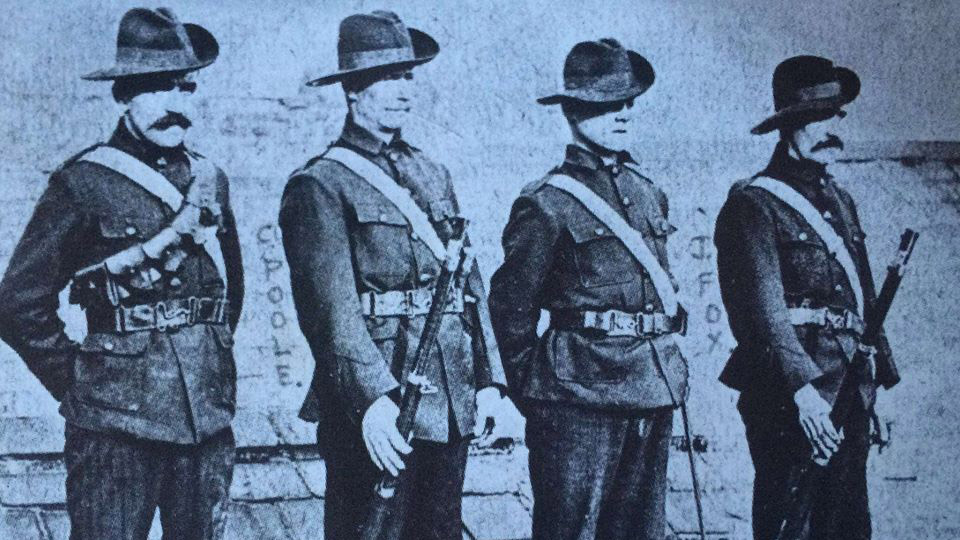 The Irish Citizen Army was founded at the height of the Dublin Lockout of 1913 to protect strikers at their demonstrations from the police. Three years later it took part, alongside the Irish Volunteers, in the insurrection of Easter 1916. Its leader James Connolly along with his second, Michael Mallin, were executed for their part in the rising.

It was formed by James Larkin, James Connolly and Jack White. Other prominent members included Seán O’Casey, Constance Markievicz, Francis Sheehy-Skeffington, P. T. Daly and Kit Poole. It was over because of a dispute over the recognition of a labour union founded by James Larkin. William Martin Murphy, a prominent employer in Dublin city, had locked out the workers who had joined the union on the 19th August 1913. Larkin called an all out strike on Murphys Tramway Company and other companies sacked workers in an effort to break the union. It escalated eventually to involve 400 employers and 25,000 workers.

In the midst of this the ICA was formed to protect workers at their demonstrations.