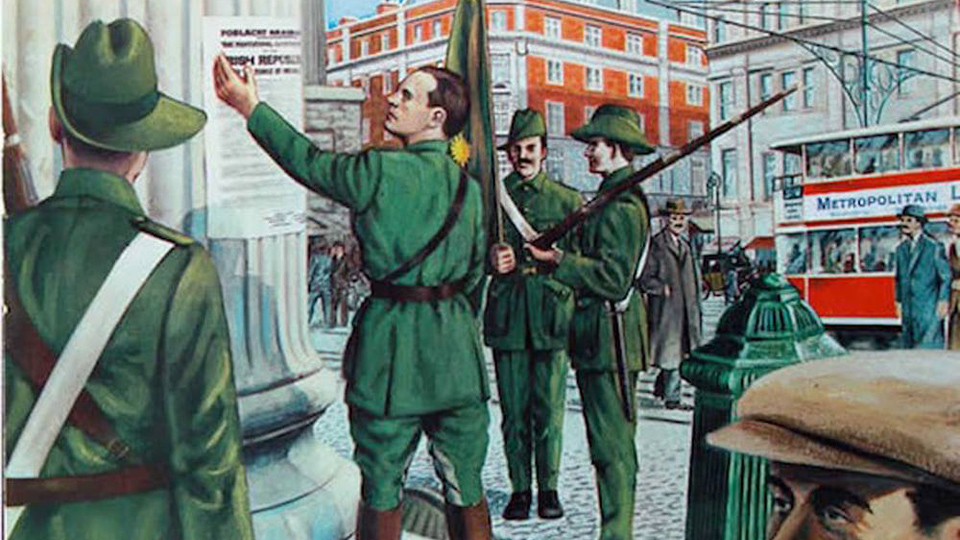 ON THIS DAY: 20 OCTOBER 1933: The Irish Free State government purchases the copyright of Peadar Kearney’s “The Soldiers Song” – Amhrán na bhFiann – which becomes the national anthem

It was composed “early in 1910 or late in 1909”, words by Peadar Kearney, and music by his childhood friend and neighbour Patrick Heeney on his melodeon, who had collaborated on songs since 1903. It is thought that Seán Rogan, later of the Irish Citizen Army, may also have helped with the mus

After being rejected by The United Irishman, Bulmer Hobson’s magazine Irish Freedom published the text in 1912 and it was used as marching song by the Irish Volunteers and it was sung by rebels in the General Post Office (GPO) during the Easter Rising of 1916. Its popularity increased among rebels held in Frongoch internment camp after the Rising.